Yesterday morning, the Emerging Markets Health Network (EMHN) and the Global Coalition On Aging (GCOA) jointly sponsored a "Policy Dialogue on Aging", here at Plaza Athenee Bangkok. There were 16 of us from 8 countries  -- China, Hong Kong, India, Japan, Malaysia, Philippines (me), Canada and USA. The forum was led and moderated by Cathy Windels, the President of The Policy Workshop in New York, who represented GCOA, and Wan Saiful Wan Jan, CEO of IDEAS in Malaysia, which handles the EMHN project. 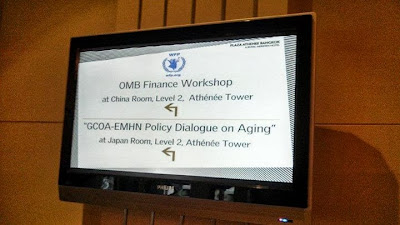 Six participants from five countries: Barun from India, Chris and Cathy from the US, Harsha from Sri Lanka, Shoulong from China, Marc from Japan. 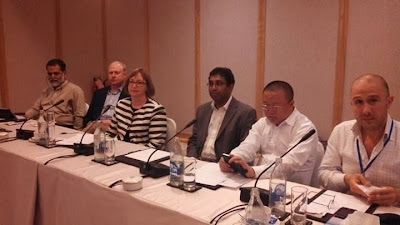 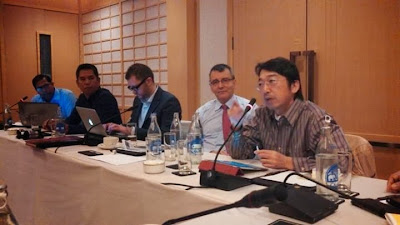 After Cathy's introduction, the resource speaker, Dr. Anindya Mishra, from the Indian Institute of Technology (IIT) presented a paper on Social and Economic Challenges of Ageing in Asia: Special Focus on India. 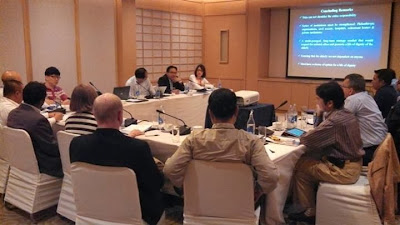 I will make a report about the meeting soon. 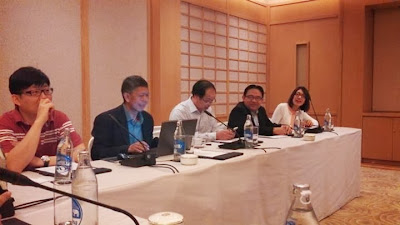 It was just a half day meeting and sharing of ideas on the issue of rising aging population in Asia and the rest of the world. The healthcare, public finance and civil society responsibility issues are big.
-----------