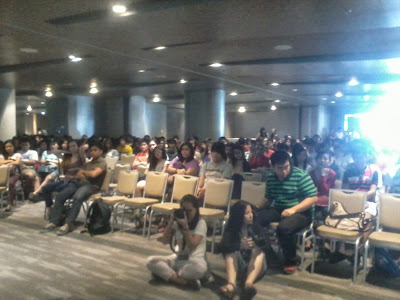 I said that during a forum at De La Salle University (DLSU) Manila last Friday, September 27, 2013,  "Double Dead: A Forum on PDAF", in front of about 200 students. The event was organized by two student organizations, the Pol. Science Society plus an organization of Development Studies majors.

I was one of three speakers that day. The other two were Atty. Eduard Chico of DLSU College of Law, and another lady lawyer from DLSU College of Business Administration. We seemed to corroborate each other's point, very spontaneous.

The format was also based on spontaneous discussion. No powerpoint, the faculty moderator, Prof. Gina Lomotan of the DLSU Political Science Department, read the guide questions, then three minutes talk from each speaker, then Q&A round 1, Then student moderators read a question and asked the audience response/answer of Yes or No, asks some of them to explain their answer. Then Q&A round 2, and so on. All done in 1 1/2 hour. 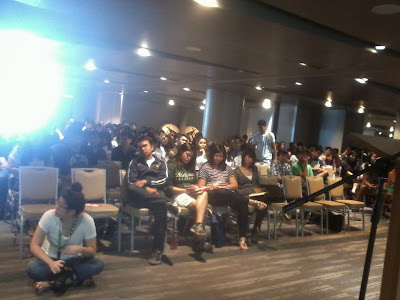 The main questions addressed to me were, "Why is PDAF a governance issue, how has it affected governance in the country, should it be abolished or reformed?".

My opening arguments to answer these questions were as follows.

1. Pork barrel is a bribe by the Executive branch for its wasteful if not corrupt spending. An equally wasteful and corrupt Legislative branch has allowed this, via pork barrel fund. If the Legislature is truly independent, it should have checked and controlled the Executive's wastefulness, but it did not do its job.

2. One clear proof of the Executive branch's wastefulness is the ever-rising public debt. Even in the absence of clear national emergencies (1990-91 earthquake + Pinatubo eruption, 1997-98 Asian financial crisis were clear emergencies and debt financing and borrowing were clearly justified), the Executive kept borrowing, endlessly and irresponsibly, to finance its wasteful and often bloated spending. Even if domestic revenues are not enough, government keeps spending beyond its means. The public debt stock is rising by around P350-400 B a year.

3. The Priority Development Assistance Fund (PDAF) or other Philippine legislators pork barrel can never be abolished because it is a bribe by the Executive branch to the Legislative so that the wastes and irresponsible spending by the former will be tolerated without much questions.

My other points during the open forum were: 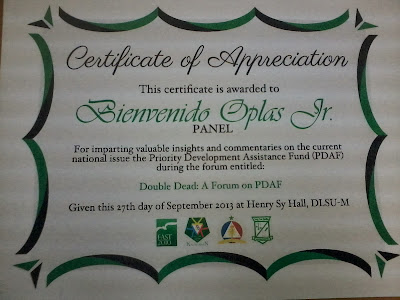 4. In periods or years where there are no clear national emergencies, the government should aspire to have budget surplus, pay back some old debt. This never happened and is far from happening, regardless of the administration in power. More public debt means more and rising interest payment, average of P332 B a year from 2012-2014. The public is not scandalized by this huge transfer of money from their pockets -- such interest payment alone constitutes about P20 or 1/5 of every P100 in various taxes that we pay.

5. Since the audience were mostly Political Science and Development Studies majors, I briefly discussed  political theory, "What is the role of government?" From the 3 Social Contract theoreticians, Thomas Hobbes, John Locke and Jean Jacques Rousseau, and corroborated by another classical thinker, Adam Smith, the main role of government is to protect the citizens from aggression, protect their right to life against murderers and aggressors, their right to private property against thieves and destroyers of property, their right to liberty against bullies. The classical thinkers hardly or never advised that government should provide numerous, endless, forever redistribution and welfarism. Such endless welfarism has become the basis of endless expansion of government including pork barrel expansion.


6. Government failure. In the pork barrel scandal, there was explicit plan to steal by some legislators (betrayal of public trust), there was failure to check and control such explicit and overt plan to steal by the Department of Budget and Management (DBM), implementing agencies and Departments, and even some Commission on Audit (COA) personnel, they were party to the crime. This is clear government failure. People only talk about market failure and thus, necessitate government intervention, but when faced with government failure, people propose new government measure or new agency to check the wastes and robbery. 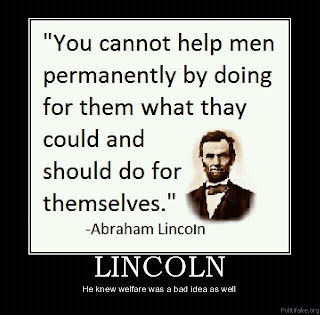 7. Corruption of the people's values. Education and books until college, government; Health and medicines, government. Agri credit and water pumps, government; housing and relocation for squatters or informal settlers, government. Cash transfer and even condoms and pills, government. Some people can declare they are poor forever and will receive subsidies forever, no time table, no questions asked why one is poor. Welfarism will expand, government will expand, and pork barrel and corruption will expand.

8. Rule of law. One young and articulate faculty member of the DLSU College of Law in the audience asked if it can be proven that the President has used the P50 million pork barrel fund to bribe the Senators to convict former Chief Justice of the Supreme Court, Renato Corona, this can be a basis to impeach the President. I answered a quick Yes. One reason why there are lots of corruption in the government and even in certain non-government sectors (NGOs, business, media, etc.) is because people do not honor the rule of law. That the law applies equally to unequal people, no one is exempted and no one can grant an exemption to the penalties by certain laws.

Atty. Eduard Chico's opening statement was useful. On the legal basis of PDAF and pork barrel, he said that there is nothing in the Constitution that prohibits the allocation of pork barrel to legislators, so there is basis for its existence. But the way it is implemented shows how widespread the conspiracy and corruption, how rotten the government is.

1. When Fidel V. Ramos became President in 1992, he has very few allies in both Houses of Congress, even among LGUs. It was difficult for him to pass his legislative agenda. Giving pork barrel to legislators was the quickest solution. The closer and more obedient the legislators are, the bigger the pork barrel. 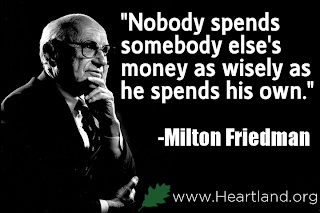 2. The going rate for legislators is 50 percent of the pork barrel project cost on average. The chosen contractor will advance that 50 percent in cash to the legislator. His/her chief of staff gets 5 percent, DBM people normally gets 10 percent so that they will issue the SARO (statement of allocation...), the implementing govt agency, COA people will also have their share or commission. COA will keep quiet about little or non-existent project. The contractor is left with about 30 percent, it may choose to spend 10% for the project and pocket the remaining 20%. It is a large scale conspiracy involving corrupt and corruptible officials, from the Executive to Legislative to constitutional bodies like COA. 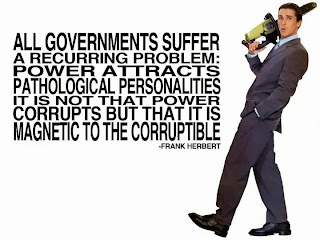 There was also a question about the role or objectivity of media. I answered that I think government corruption is directly proportional to mainstream media corruption. Atty Chico aggreed with it, adding that why is mainstream media attention too focused on a few accused legislators, why not put to task DBM and COA because all those corruption will not happen without their approval and participation.

I thank the sponsors of that forum for the opportunity to share my views, the limited government and free market view, of the pork barrel scandal.
----------