This is the continuation of my earlier paper, IAF Seminar 2008, Gummersbach, Germany, posted in January 21, 2011. The course that I attended in THA, Gummersbach, Germany, was "Civil Society and Local Government" conducted I think, from October 26 to November 2, 2008. or almost five years ago. I feel nostalgic... 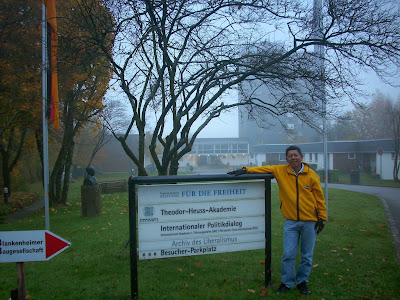 Our batch visited some government offices in Cologne, about one hour by car from Gummersbach. A local paper featured one story about such visit. 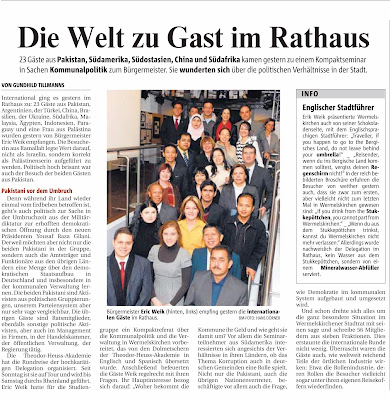 One of those lecture-workshops. To my right was Asma Asfor from Palestine, to my left Isil Cakmac from Turkey. 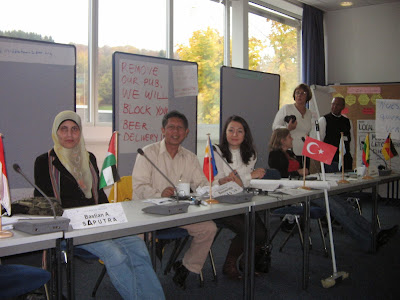 My other batchmates from different countries. From left: Jingjing Cai from China, Pai from Indonesia, Xinggo Li also from China, Diego Conti from Brazil, Bastian Saputra from Indonesia, Brian Lariche of Malaysia, Asma Asfor from Palestine, Nora from Colombia (?), Marcelo from Venezuela, and Elsa from S. Africa. 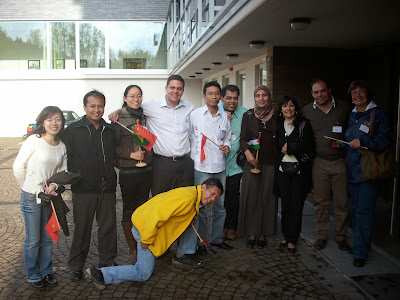 Other batchmates from other countries. 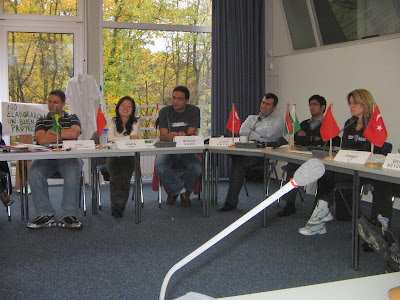 We also have evening lectures, about 2x, excluding the welcome and farewell dinners of the 8-days seminar. 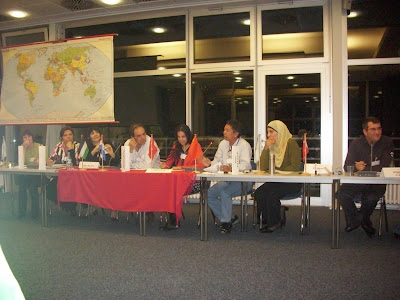 Fellowships in the evening. We have a quota of 1 free glass of beer per night per participant. Some batchmates don't drink, so they give their beer stub to us drinkers, so we can have two glasses on a night. The glasses are big anyway, so two bottles should be enough. 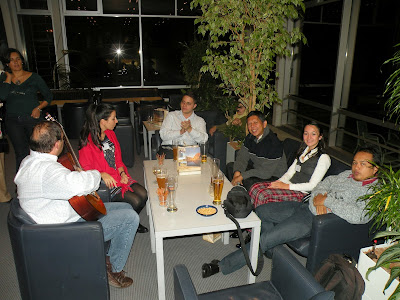 During the farewell dinner. Arno Keller, facilitator, and Birgit Lamm, IAF Director then. 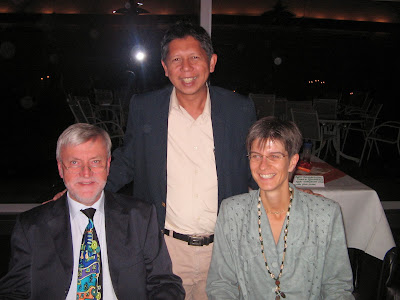 With Alex, admin assistant, and Monika Ballin, another facilitator. Monika and Arno are perfect partners, they are both very intelligent, articulate, and clear (classic) liberal minded. 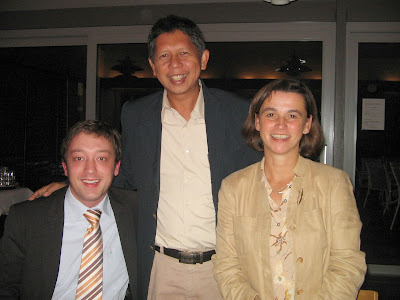 With Verena, project officer, and Martin, the school driver and admin staff. Martin fetched us from Cologne airport or train station, then brought us back there after the seminar ended.


I miss THA and the IAF. I wish I can go back there someday, learn new theories, meet new friends, from the free market and liberal world.

Thank you, Friedrich Naumann Foundation for Freedom (FNF) for that great seminar. It is very useful, I use the framework and ideas I learned from that seminar until now.
--------------