"Let us never forget this fundamental truth: the State has no source of money other than money which people earn themselves. If the State wishes to spend more it can do so only by borrowing your savings or by taxing you more. It is no good thinking that someone else will pay – that 'someone else' is you. There is no such thing as public money; there is only taxpayers' money" -- Margaret Thatcher, October 1983 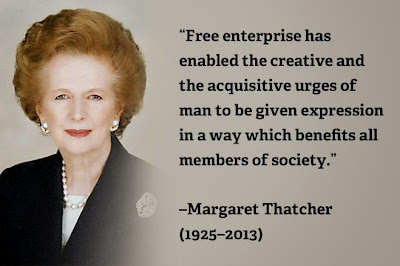 "As Ron once put it: the nine most dangerous words in the English language are 'I'm from the government, and I'm here to help.' As usual, he was right." -- M.Thatcher on Ronald Reagan, 2002

"I came to office with one deliberate intent: to change Britain from a dependent to a self-reliant society -- from a give-it-to-me, to a do-it-yourself nation. A get-up-and-go, instead of a sit-back-and-wait-for-it Britain." -- M. Thatcher, February 1984 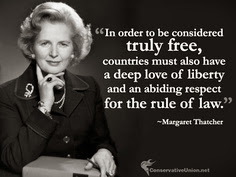 And the Lady was among the early if not the first, head of state to be a non-believer of global ecological central planning. 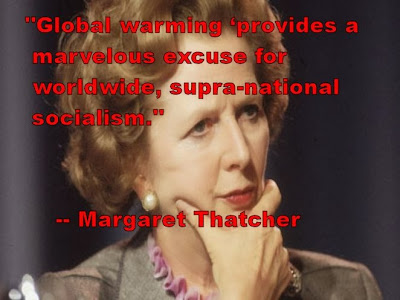 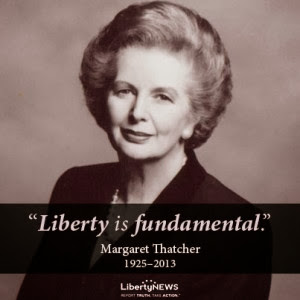