Last Tuesday, May 24, I took a boat from Manila going to Bacolod. This is after nearly 2 decades of riding the plane when I go back to my province in Negros Occidental. I was surprisingly happy that I took that decision. Things are so different now compared to two decades ago, from Manila's seaport terminal to the boat itself. This was my boat, 2GO's St. Therese. Huge boat, a smaller version of those giant cruise ships. 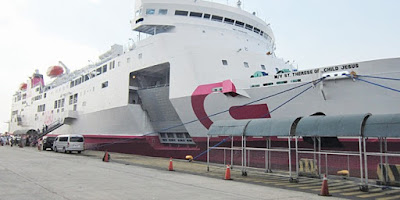 Negros Navigation (NN), used to be the monopoly for boats plying the Bacolod-Manila route, around 3-4 decades ago and earlier. It also served the Iloilo-Manila route. Then Super Ferry (owned by Aboitiz shipping?) came and there was competition. Later 2GO emerged, a merger of NN, SuperFerry, plus 1 or 2 other domestic shipping companies.

By then, competition has shifted to another level. Inter-island shipping vs. budget airlines vs. RORO bus lines. So passengers have more choices.

North Port terminal, a lot more modern than 2 or 1 decade/s ago. Terminal fee is P95 per passenger, nice but may not be justified because passengers seldom or do not stay there, they just check in, pass by the departure lounge, straight to a waiting bus that will bring them to the boat. Total stay of about 5 minutes only at the terminal. 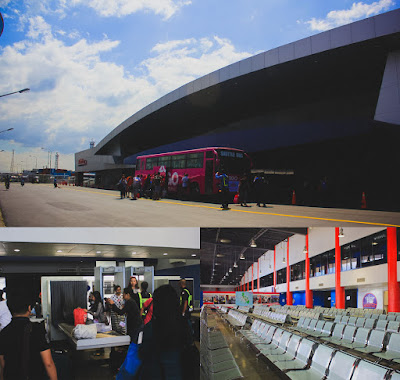 Inside St. Therese boat, the facilities are clean and nice. Fiesta resto for those in the economy, tourist, classes. The is a karaoke bar nearby, a bar with live band performing at night just adjacent  to the restaurant. There is another restaurant for passengers in the business, cabin, state rooms.

The tourist class room where I stayed. 12 beds per room, double deck, air-con, with own flat tv. Each bed has own reading light, comfortable enough. 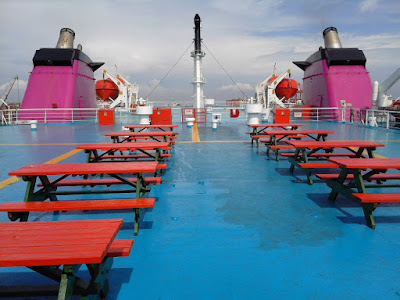 Iloilo port, for big boats only. The fast craft boats (Iloilo-Bacolod) have their separate port, on the mouth of Iloilo river, near the city center. The boat unloaded passengers, then take Manila-bound passengers. Instead of a 20 hours trip, it becomes a 27 hours trip. But at least I was comfortable in the room. All my 4 roommates that day got off, another passenger going to Manila came in. 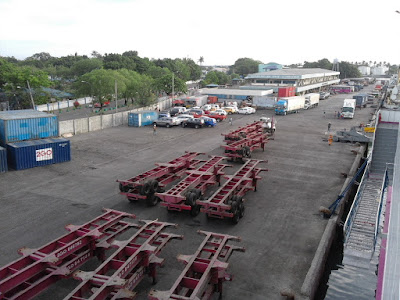 The boat's crew are mostly young, courteous. The trip was good value for money for friends and families, they can bring their own food and have a picnic at the roofdeck, resto, aisle, etc. There is free unlimited hot water at the resto.

For the bashers saying that "no change for years, now there will be change", huli pala kayo or tayo sa balita. Madami na changes, good improvements how some firms give comfortable sea travel for the people.

Meanwhile, further liberalization of domestic shipping, allowing foreign shipping lines to ply some domestic routes, we need that. Domestic firms will complain of course, but we ordinary customers and passengers want more choices, government must not put a hindrance to this.
Posted by Bienvenido Oplas Jr at 4:50 PM

There are many shipping companies in China with very cheap shipping prices that you can choose. They each have its own unique advantages and disadvantages. China Freight is one of the best international courier service provider which allows customers to Shipping from China to US.