Trip around North Luzon, some observations

Last Sunday October 07, I travelled Manila to Bugallon, Pangasinan, 200 kms. I transferred some personal stuff to my little hut in Bugallon. 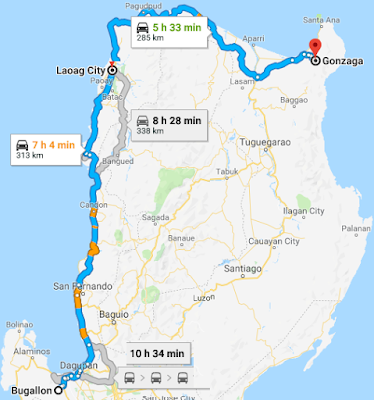 1. Bugallon to Dagupan, I forgot the name of the bus, ordinary, no air-con bus Mangatarem-Dagupan.

2. Dagupan-Pozorubio, Victory bus, ordinary. I made a mistake in taking this bus, I was in a hurry and did not check properly the signboard and just boarded the departing bus. I should have taken the bus to Agoo.

3. Pozorubio to Vigan, Partas (first bus that came), air-con but no CR.

We did not go to Sta Ana anymore, I've been there before, have photos with Coast guard and Navy men there, about 15 years ago. I also gave a lecture on TRAIN law, inflation, etc. at CSU Gonzaga campus' faculty and non-academic staff last October 10. 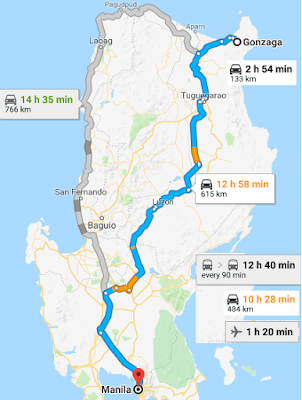 Among my observations on those trips:

First and foremost, too many motorcycles and tricycles now in the highway except tollways. The poor no longer ride cows or bicycles. The poor also use cell phones and FB, email to communicate, not slow mails or smoke signals. GDP growth is real and broad-base.

But these slow tricycles drive in the inner lane instead of the outer lane, they can cause vehicle congestion if the roads are going up, or in curves.

Second, many provincial buses now have CR, deluxe bus and fare difference with regular aircon bus is small. One can drink beer or lots of water inside and not worry about the next bus stop with CR.

Third, very few mini bus or jeepney in between provincial cities. Aircon vans or UV express are now the dominant transpo services. So if the poor don't ride motorcycles to travel 30, 100 kms, they ride aircon vans, the fare is not big because of competition among many vans.

Gonzaga to Tuguegarao is 133 kms and fare is only P200. But the vans travel fast, a bit uncomfortable at first if one is used to driving slow like me. Then they stop in some areas to wait for passengers then drive fast again.

Four, lots of palay or corn drying on the highway. It's good that many national and provincial roads are now 4-lanes, sometimes 6-lanes.

Five, a disease by some LGUs or DPWH itself, they destroy not-so-ugly roads, replace them with new roads, causing slow traffic and vehicle congestion. They do this mainly to spend excess budget before the year ends and ask another big budget the next year. There are still many barangay roads that need concreting, public money should be spent there instead....

Posted by Bienvenido Oplas Jr at 8:21 AM