I arrived yesterday afternoon from Kuala Lumpur, after attending half-day of Day 1 (April 22) and half-day of Day 2 (April 23) where I was one of three speakers in a panel workshop on "Will Greater Economic Liberalisation Actually Help the Poor in ASEAN?", sponsored by IDEAS, SEANET and ACSC/APF 2015.  Have to skip the morning plenary of Day 2 because I was not feeling well and had to stay in my hotel room.

This news from interaksyon, I attended that townhall meeting/plenary in the afternoon  of Day 1 at Wisma CMA in KL. The report says,

"Charles Santiago, opposition member of parliament of Malaysia, cited a survey of the ASEAN Secretariat in 2013 which found that three of four people in the region do not have a real understanding of ASEAN.

"The impression is ASEAN is an elite project, a business ASEAN. The Senior Officials Meetings promote business. Business is the most pressing motivation. The economic pillar is the most advanced pillar. I’m not saying that there’s anything wrong with that. There’s simply not a fair balance between business ASEAN and social ASEAN,”

Santiago said.U Shwe Maung, an MP in Myanmar representing the Rohingya minotiry, agreed with Santiago and said his constituency does not know about ASEAN. “Their main concern is the open prison where they live. What is important to them is their citizenship rights,” he said....

For Charles Chong, Deputy Speaker in Singapore, ASEAN is irrelevant to its people because “many do not really care about ASEAN, as they look to government for economic development....” 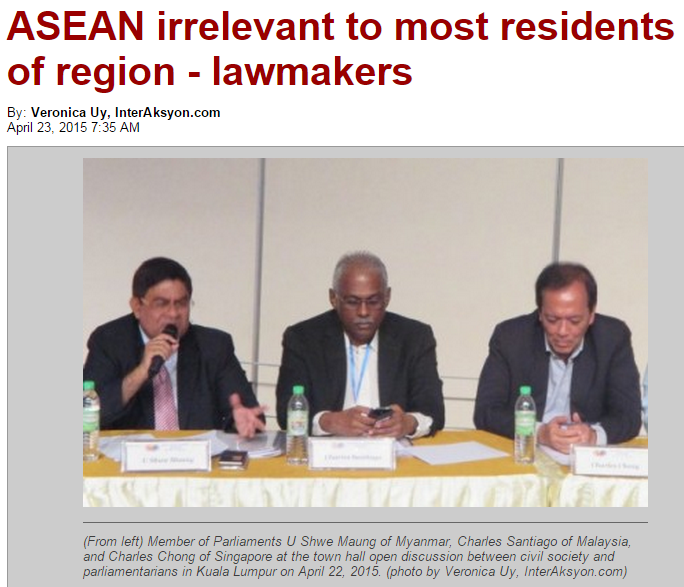 Somehow those parliamentarians and legislators are correct. ASEAN, like the UN, OECD, WB, IMF, ADB, ILO, WHO, etc. are organizations or "clubs" of governments, and most ordinary people in any of their member-countries do not find any or all of them that relevant to their daily lives.

But to imply that there were not much gains in the economic situation of the poor in the member-countries as a result of their membership in the ASEAN is wrong. Take this data for instance, which shows how Cambodia, Laos, Myanmar, Vietnam (CLMV) were able to expand their economies by 5-6x in just a span of two decades, largely because they have liberalized their economies to their neighbors in the region, and to other countries. 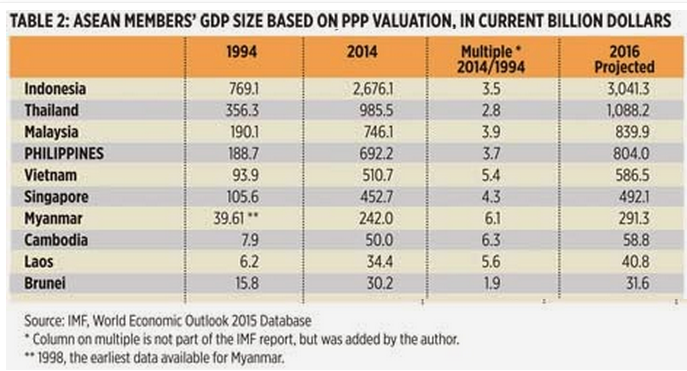 Another article from interaksyon, today. I think it's the plenary meeting yesterday morning. I was on my way, or I was already at the KL international airport that time. The report says,


"Regional integration has potential for good, but it has to be fair and its benefits must be experienced by the people. A Social ASEAN is one where people matter where the fruits of integration are distributed among the people,” said Charles Santiago of MSN.

Santiago, who is also an opposition member of parliament from Malaysia and chairman of the ASEAN Parliamentarians for Human Rights, said the interests of the majority remain neglected in the ASEAN integration process...."

I think many of the NGO activist leaders in the APF did not see this chart from some ASEAN government officials' presentations. While the AEC is the central focus of the association, there are also ASEAN socio-cultural community and ASEAN political community. 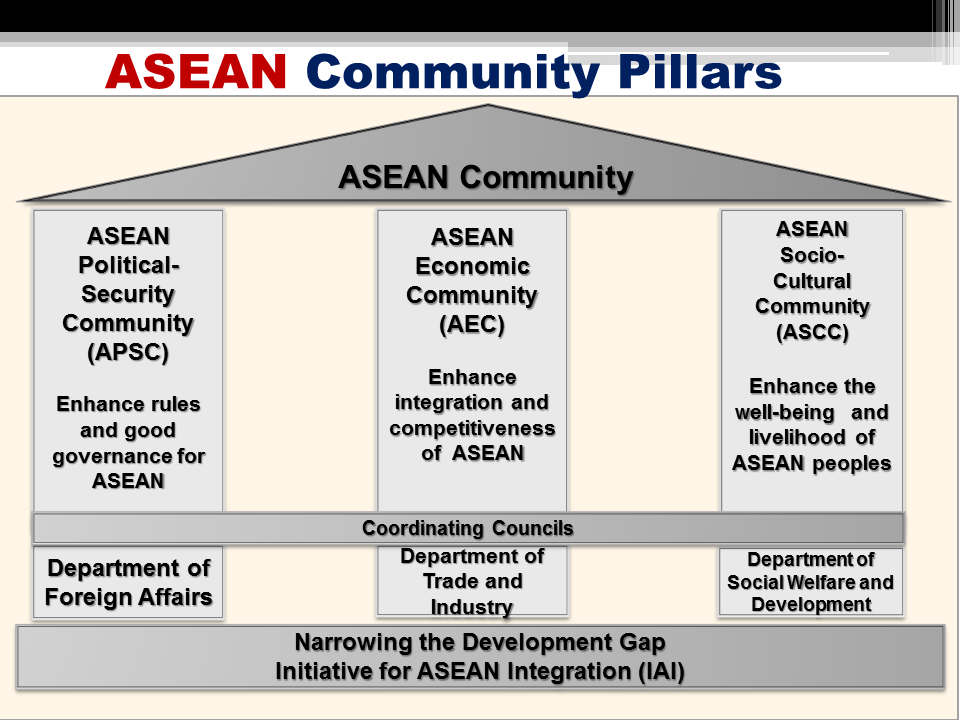 Ok, I am not exactly a great fan of the ASEAN and its member-governments. But the efforts of those governments to liberalize trade and  investments among member economies should be recognized too.  Many NGO leaders just specialize on  negativism and insisting that only their version of what is "development" is the correct one.
--------------