Demography 23: The UN, Depopulation and Climate

This is one more proof that the UN is the springboard of Malthusian eco-socialism and global central planning. This lady is the Exec. Secretary of the UN FCCC, the club of governments to "save the planet." Story from Jews News, April 27, 2915. 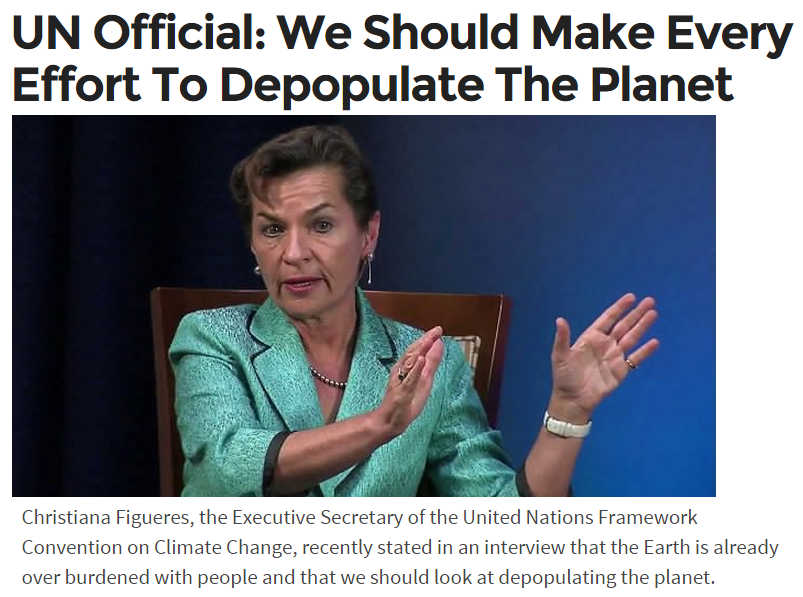 One more reason why the UN should shrink. Its top bureaucracy are becoming explicit eco-socialists.

When the UN IPCC was established in the 80s or earlier, it was meant as an activist body with an implicit goal of expanding governments and the UN -- via more environmental and energy regulations. But unlike before, the UN climate officials were less explicit in their advocacy for eco socialism. Now they are more explicit.

Here in the ASEAN, India, etc., people are optimistic about our "young and big population", more producers and consumers, more entrepreneurs and workers. At the other side of the globe, in one building in NYC, international bureaucrats there are plotting how to shrink Asian and other population. They are thinking of de-industrialization and energy poverty, lower standards of living and lower life expectancy, then global population will decline.

These three stories are from WUWT.
1. Overpopulation: The Fallacy...

"Global warming and climate change are simply the emotional threats used to confront overpopulation. The problem is the world is not overpopulated.

The insanity of it all is that none of what they think matters because there is no overpopulation, no shortage of resources or any connection between CO2 and climate change. It is a story of science without evidence or at best-concocted evidence from Malthus through the COR to the Intergovernmental Panel on Climate Change (IPCC)." 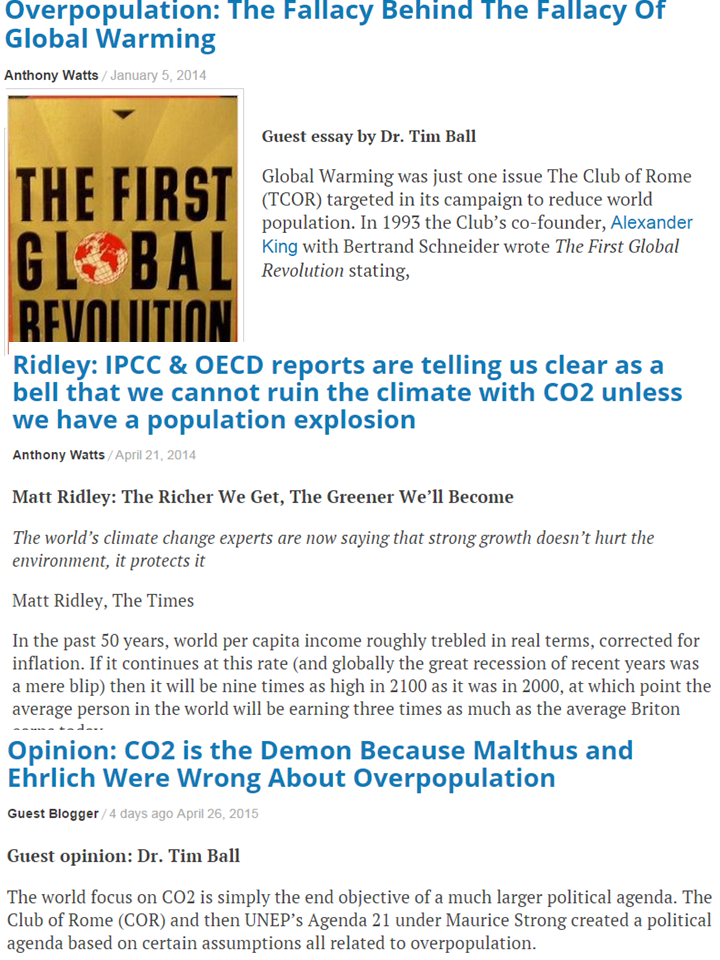 "TCOR and later UNEP’s Agenda 21 adopted and expanded the Malthusian idea of overpopulation to all resources making it the central tenet of all their politics and policies. The IPCC was set up to assign the blame of global warming and latterly climate change on human produced CO2 from an industrialized expanding population. They both developed from false assumptions, used manipulated data and science, which they combined into computer models whose projections were, not surprisingly, wrong. The result is the fallacy of global warming due to human CO2 is a subset built on the fallacy of overpopulation."


"These IPCC and OECD reports are telling us clear as a bell that we cannot ruin the climate with carbon dioxide unless we get a lot more numerous and richer. And they are also telling us that if we get an awful lot richer, we are likely to have invented the technologies to adapt, and to reduce our emissions, so we are then less likely to ruin the planet. Go figure." 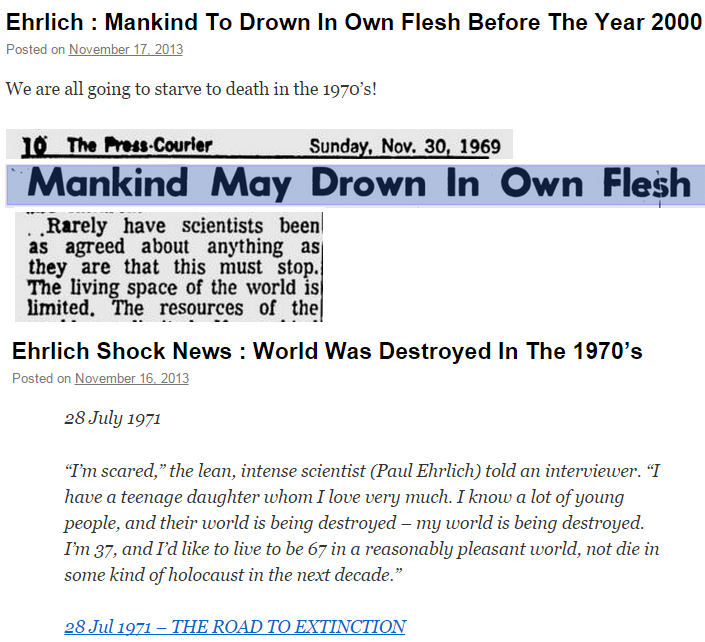 I think the Earth's resources are infinite -- minerals, fossil fuels like oil and gas, coal, geothermal, etc. The Earth's core keeps regenerating itself, pushing up hot gases and molten rocks upwards, mineralizing otherwise "ordinary" rocks and soil, forever. New islands are created, the whole PH archipelago is a product of volcanic and EQ movements, our lands rose from under the sea. Centuries from now, we'll have the Bentham Rise/Plateau, possibly same size as Luzon. Rising consistently from under the sea. But by then, it can be another country.
-----------