This is the continuation of my essay almost eight years ago, Retreat of High Income Tax Philosophy (September 19, 2007). Here are the numbers, and notice the significant drop  in tax rates from 1980 to 1990, then to 2000, for many countries -- except Hong  Kong, which started with low rates. 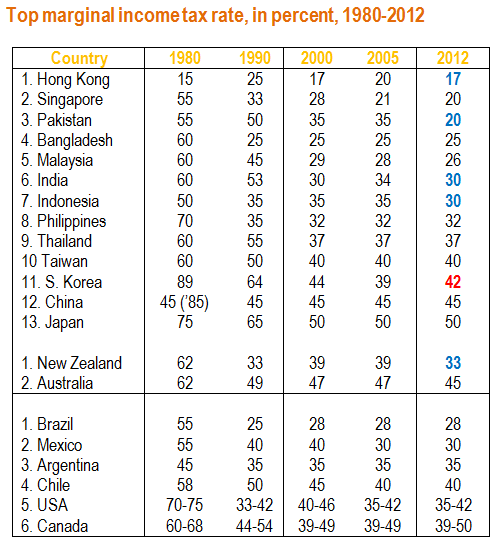 Not included in the table above for Asia are four ASEAN countries due to incomplete time  series data from 1980 but here are their income tax rates as of 2012: Brunei zero, Cambodia 20 percent, Myanmar 30 percent, Laos, not included in  the EFW Report.

While many in Asia have blue marks (except in S. Korea), meaning there is tax competition, it's the reverse in Europe, 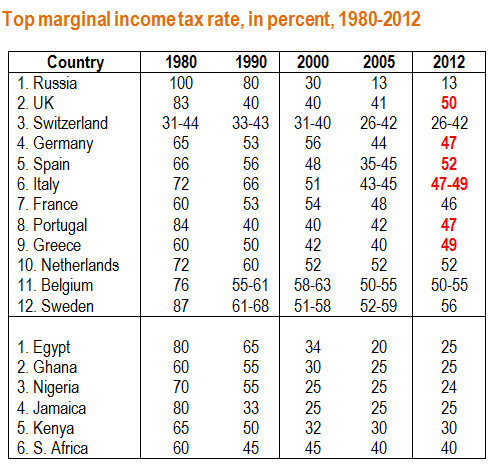