I just discovered these photos in my old emails, during the 1st Pacific Rim Policy Exchange (PRPX) held in Sheraton Waikiki, Hawaii,  May 2007. It was mainly sponsored by the Americans for Tax Reforms (ATR), and co-sponsored by the Property Rights Alliance (PRA, USA), Grassroot Institute Hawaii (GIH), International Policy Network (IPN, UK), Lion Rock Institute (LRI, HK) and  another Tokyo-based Institute. The original photos and folders I lost when my USB was damaged.

I was one of the panel speakers there, I  talked about privatization. See my presentation there. Below with Martin Krause of Argentina (left) and Julian Morris of IPN, London, Julian is now the VP of Reason Foundation,  USA. 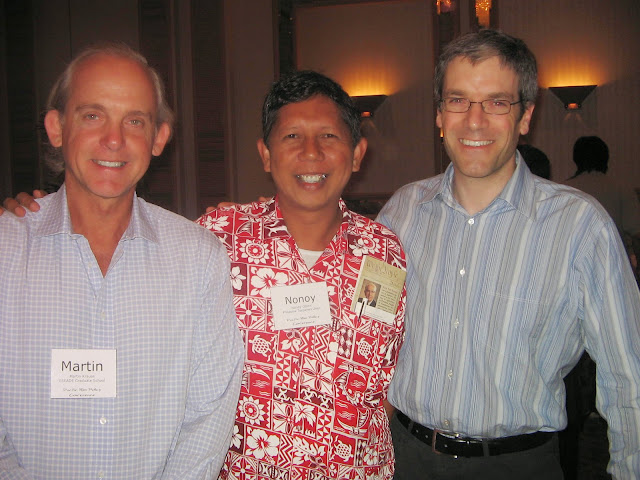 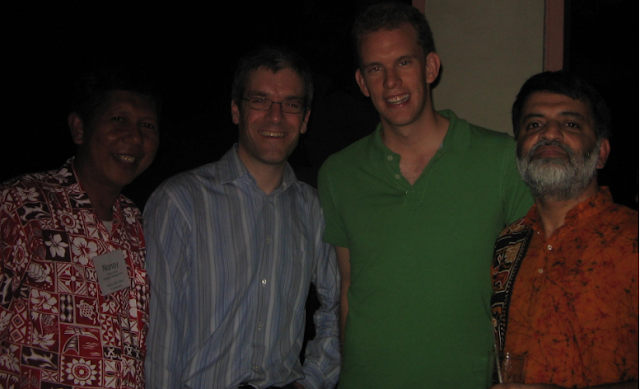 With Tracie Sharp Sloat of State Policy Network (SPN, US) and her kid and  hubby. 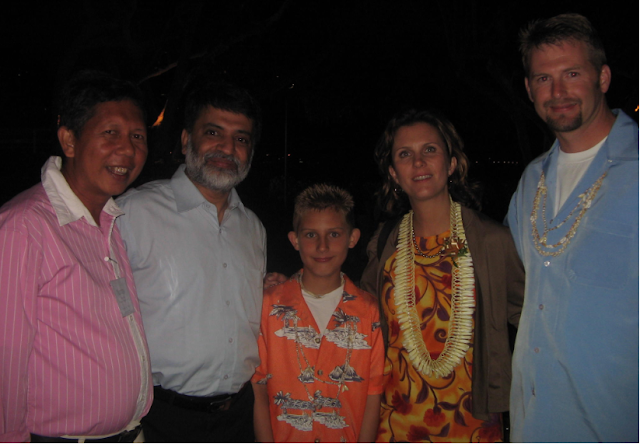 With John Rutledge of Rudledge Capital, based in  Hawaii. John was among the keynote speakers of the conference. See his two articles here, on Protectionism and Class war (April 02, 2008) and On Entrepreneurship (March 19, 2009). 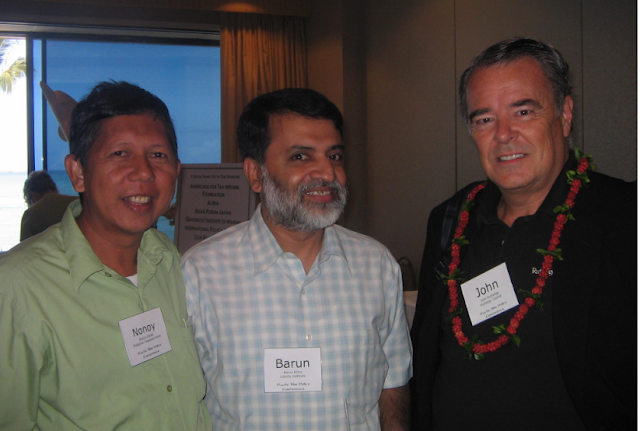 Facing the camera was Jose Tapia of Institut Liberdade in Lima, Peru. 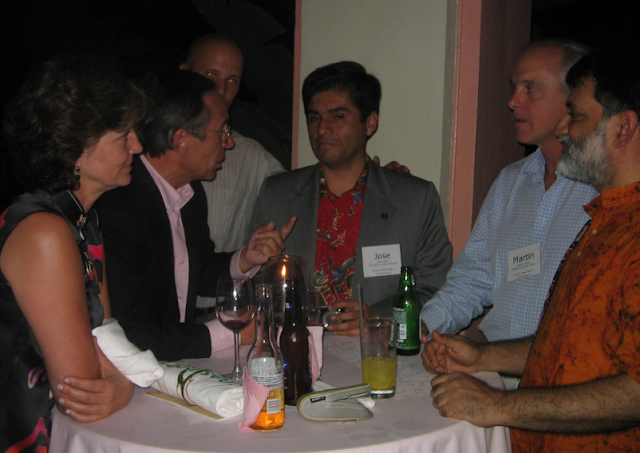 With Ms. Malia Zimmerman, a Hawaii-based broadcast journalist who was one of the speakers in the conference. 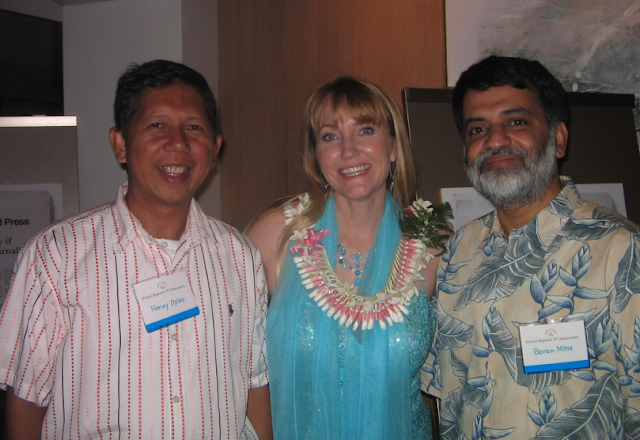 With Jose Peniera (center), another keynote speaker in the  conference. with his wife and Barun. Mr. Peniera was a former Minister for Pension in Chile, very articulate and  passionate speaker. I think he can  speak for an hour without boring his audience. 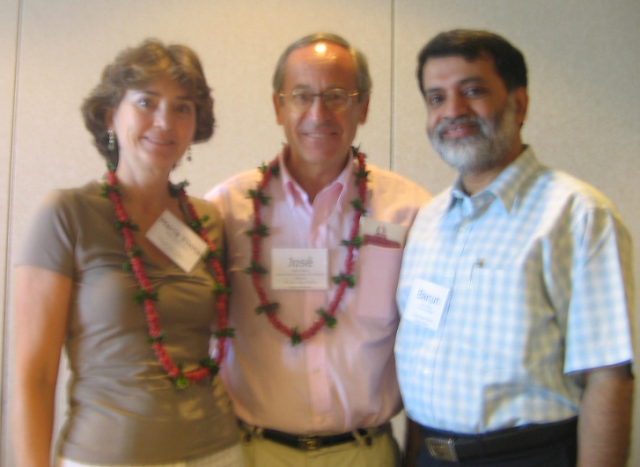 Other photos during dinner with keynote speakers. Above photo, from left: Mr. You of Japanese for Tax Reforms (JTR), me, Julian, Jose Peniera, Barun, and... oh, I  forget the lady's name. Lower photo, Ken Schooland of Hawaii Pacific University on the left. 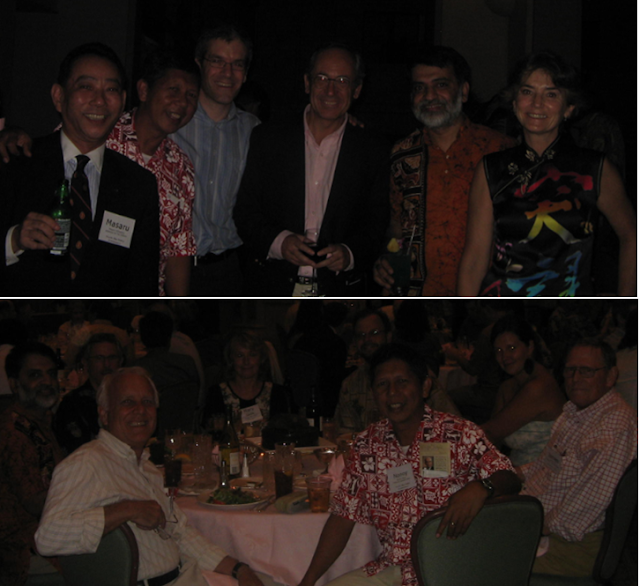