Last week,  Economic Freedom Network (EFN) Asia and Friedrich  Naumann Foundation for Freedom (FNF) participated at the Jeju Forum for Peace and Prosperity 2015, with its own session about free market environmentalism, held  last May 21 afternoon. 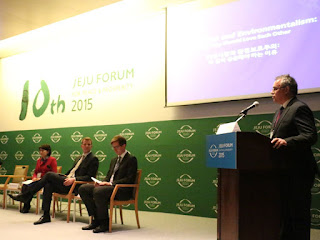 Welcoming Remarks were given by Rolf Mafael, German Ambassdor to S. Korea, and Siegfried Herzog (speaking in this photo), FNF Regional Director for Southeast and East Asia, based in Bangkok, Thailand.

Moderator was Matthias Grabner of the Austrian Chamber of Commerce in S. Korea. 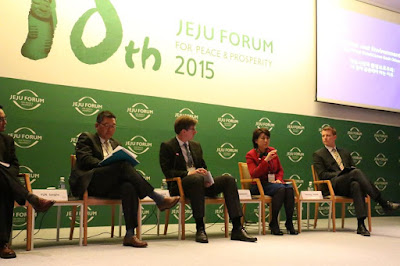 Session 4-C: “Free Market and Environmentalism: Why They Should Love Each Other”

- The world population stands at about 7 billion today. The UN predicts that by mid-century it will have grown to more than 9 billion. This will lead to an immeasurable growth in resource consumption and put significant pressure on the planet. If this trend continues then “business as usual” has to be changed in order to sustain further growth.

- It is important to keep in mind that pollution “knows no boundaries”. Therefore, environmental protection has to be viewed as a global concern that can only be achieved through international cooperation, using the most efficient means.

- The role of governance (e.g. through regulations or incentives) is very important in succeeding to protect the environment and bring about sustainable development. But lasting success can only be achieved if businesses embrace sustainable practices. This is where free market practices come in. A good example is the European Union Emission Trading Scheme because it is an incentive for businesses to be more efficient and clean.

- To achieve environmental protection solely through regulatory means can be problematic, for example in developing countries where extractive businesses (e.g. mining) are often state-owned. This leads to the government’s being both a regulator and an operator (through ownership) and therefore to a conflict of interest.

- Market-based approaches to environmental protection should be supplemented by regulatory measures only where it is necessary for governments to step in.
---------- 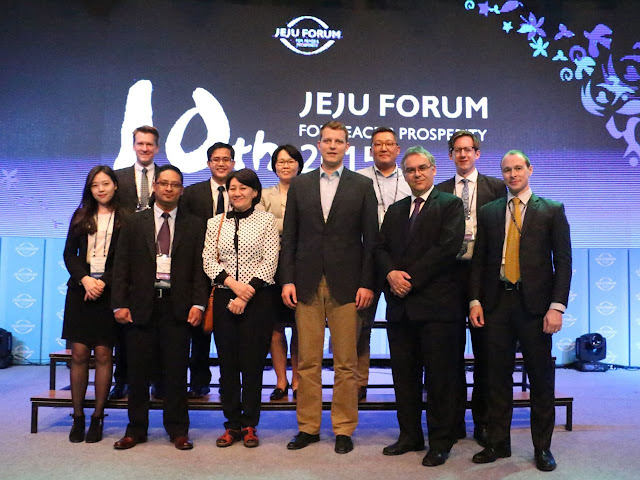 Thanks to Pett for sending me the report. All photos here are from the FNF regional office's facebook page. The Rapporteur's Reports in the past two EFN Asia sessions are here: 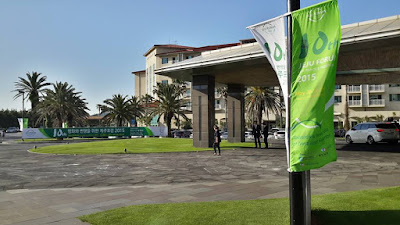