Market Reforms in the 2016 Elections 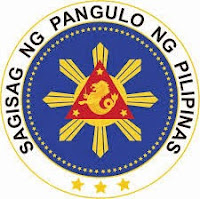 A friend and  fellow UPSE alumni, Gary, posted in our SE alumni ygroups, a crowd-sourcing of reform agenda for the next President in 2016. He asked us to suggest top three economic initiatives that we believe would be real game-changers for the country. They could be new reforms, or reversals of current policies. Can be outrageous as long as they're not just motherhood and apple pie statements (like "build more infrastructure"). Also explain the world view behind them and practical action agenda to make them happen.

Gary started with his own three:

i. Amend the Constitution to allow totally unrestricted foreign economic participation (investment and labor).
ii. Abrogate land reform and redirect the buy-out funds elsewhere in agriculture.
iii. Abolish the minimum wage (or at least allow people to opt out).

The underlying worldview: The PH now enjoys good macro and fiscal fundamentals thanks only to four reasons: OFW's, BPO, EVAT reform, and a conservative BSP. The problem is, all that liquidity does not automatically translate into productivity gains, which by any economic theory is the only way to enlarge the economic pie instead of just endlessly redistributing it. My suggestions help us get there.

Action agendas: On (i) Charter change in any of its possible forms. On (ii) and (iii), legislative initiatives backed by a lot of media campaigning and political lobbying. And, hopefully, adoption into a campaign platform and/or governance agenda.

I support Gary’s 3 proposals. Have LESS government restrictions and prohibitions, it should NOT restrict (1) foreign investments and  competition, (2) big land ownership, especially corporate farming, and (3) free contract between employers and employees.

Investment (and trade) protectionism, endless and no timetable agrarian reform, endless government-imposed minimum wage -- all are social engineering by lovers of big and intrusive government.

Below are my top 3 reform agenda:

1. Cut income tax, personal  and corporate, max 15% or 18%. Indonesia’s President Jokowi has joined tax competition in  Asia, they cut their income tax from about 25% to 17% (Singapore level).

2. Unilateral trade liberalization, both goods and services. In rice trading in particular, remove NFA marketing and trading function, regulatory function only. Privatize its huge and many warehouses, trucks, etc., proceeds to be used to reduce its huge public debt.

3. Abrogate or significantly amend the Renewable Energy (RE) Act of 2008 (RA 9513), the renewables cronyism law. Extortionist provisions like the feed in tariff (FIT) and renewable portfolio standards (RPS) should be removed. The PH has the 2nd or 3rd most expensive electricity prices in Asia, the RE law will make  it even more expensive.

Example of how stupid that law is: Say midnight of any day, coal power plant will offer power at only P0.50/kWh or even less for a few MW, then wind power comes also with FIT or guaranteed minimum of P8+/kWh. The national grid (NGCP) is forced, coerced and arm-twisted by the law to dispatch power from expensive wind and turn  down the cheap power offered by a coal plant. Wind and solar power are cronies (solar FIT is P9+/kWh).

Some LGUs have dark  streets because electricity is expensive. And we know what often happens when streets are dark -- more vehicular accidents, more crimes, more death and injuries to people. These are real dangers to people’s lives and their properties, more real dangers than that far out “man-made” climate change of more rain and less rain, more flood and  less flood, more storms and less storms, more dogs  and less dogs.

About Makati, here are some of my observations: 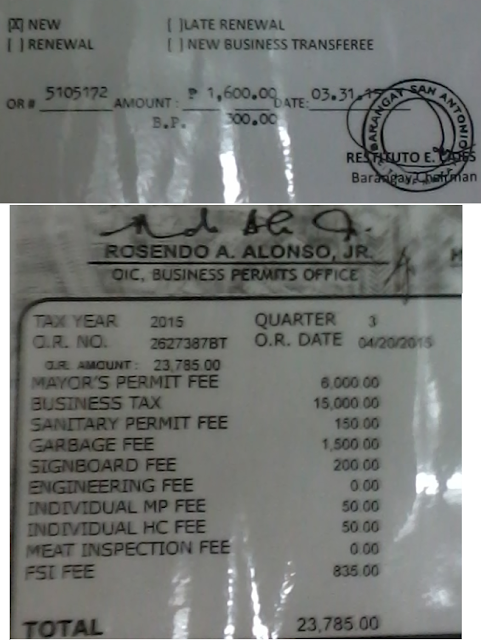 Not included are BIR, SSS, SEC, other. fees. Also not included are rumored extortion by some  LGU officials if one does not know enough high officials inside. The business has not started yet and the taxes and fees are already high. Then when the enterprise starts operating, there are monthly payments to the BIR, SSS, PhilHealth, PagIBIG.

2. Lots of Nos and Prohibitions. Which are signs of a lover of BIG government. Vans that bring ordinary office workers from their houses to Ayala avenue are being apprehended left and right. These people have no cars, or may have cars but are tired to drive in heavy traffic. The alternative is 3-4 rides from house to makati, one way, meaning 6-8 rides a day. If one wears corporate attire, or carrying a laptop or important documents, then ride a tricycle, then jeepney or bus, then squeeze in another bus or MRT, then  take another jeepney ride. Repeat the ordeal going home. The aircon vans ("colorum" daw) are market solutions to the hassles of driving in heavy traffic, or  taking 6-8 rides a day. Yet many of these vans are prohibited and are flagged down, harassed and penalized.


Compare #1 and #3, over-taxing people and entrepreneurs even if they have other personal and household needs, part of the money to be used for movies and free vitamins even if the senior citizens are economically well-off.
Posted by Bienvenido Oplas Jr at 2:00 AM