hosted a forum on the Trans-Pacific Partnership Agreement (TPPA) last May 7, 2015 in Kuala Lumpur, Malaysia. 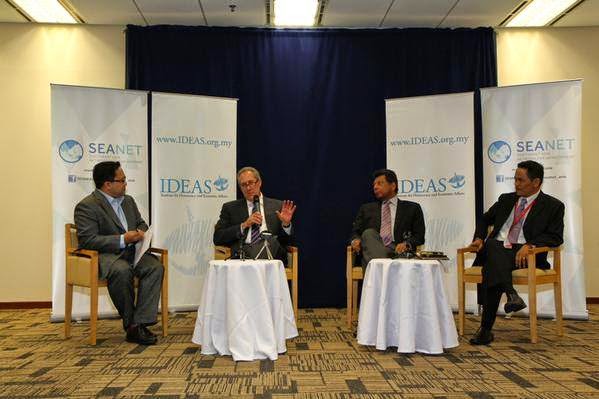 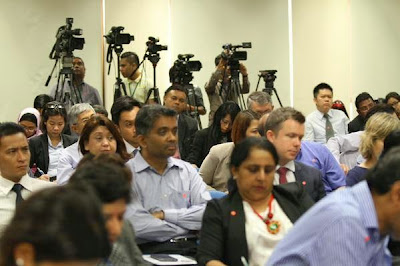 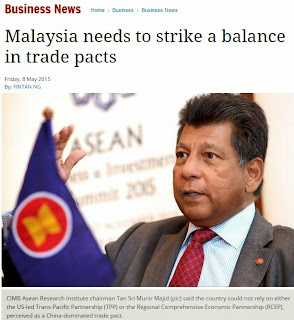 He pointed out that Malaysia needed to achieve a balance and not be “overwhelmingly dependent on one country”, and therefore, membership of one does not exclude membership in the other nor less focus on the Asean Economic Community, which would be “realised” at the end of the year....

However, Munir said accession to the TPP, considered as a “gold-standard” trade agreement of the 21st Century, would make Malaysia more transparent, as the pact covered investment and trade in goods and services, as well as competition policies, the environment, intellectual property rights, investment rules, labour standards and the role of state-owned enterprises (SOEs).

“The TPP or anything else that can bring more transparency is a good thing,” he said.

But public perception of the pact remains negative, with the forum disrupted by two protestors from a patient-advocacy group, who unfurled a banner protesting against the perceived threat that the pact would bring to medicine costs....

About the anti-intellectual property rights (IPR) activists, maybe they are from the same activist group/s who attended our workshop discussion at the ASEAN People's Forum last month in KL. I already explained in that discussion that medicines IPR apply only to newly-invented, patented medicines, and not to old, off-patent, generic medicines. There are so many of the latter already, useful, disease-killer, cheaper medicines. Besides, out of the 20-years patent life of newly-invented medicines, the commercial life is only about 8-10 years as the first 10-12 years of the drug molecule is spent on various clinical trials (with animals, then with mildly sick people, then with seriously sick people, etc., involving thousands of patients in various continents.).

Even if the drug molecule has produced good results in the first 2-3 clinical trials, if it fails in the 4th or last trials, then further molecule research is discontinued, no new medicine despite all the huge spending and time consumed.

The Philippines I think, is not invited yet by the US to the proposed TPP, The PH has many pretensions in public policies at the  moment -- like a protectionist constitution  that disallows foreign investments and competition in many sectors and pampers only local businessmen, absence of a competition law, local  governments that can  challenge, even over-ride certain  policies of the national government, etc. Examples of the latter are (a) dishonor of the mining permit of a huge Tampakan gold mining in Davao by the provincial government, despite  huge infrastructure investments by the company and getting approval from various national government agencies, and (b) Manila City government disallowing cargo/container trucks from getting or  delivering containers at the international port of Manila.

A country or economy can leapfrog these trade alliances via  unilateral liberalization in trade (goods and services) and investments. It automatically creates good  will to all other countries, and gives its local consumers and  producers huge freedom where to buy and  sell, at competitive  prices and good qualities.
-------------