BWorld 2, Benefits of Trade Liberalization for the Philippines

TRADE LIBERALIZATION means giving the consumers of the importing country more choices, more freedom, where to buy different goods and services at lower prices and/or at better qualities, which help improve their personal/household welfare and work productivity. Liberalization and free trade also give domestic producers, from farmers to manufacturers, more choices, more freedom, to buy different capital goods and raw materials, from hand tractors and motorcycles to machines and industrial robots at lower prices and/or better qualities. Then their agricultural and industrial productivity, including their export competitiveness, is enhanced and strengthened. 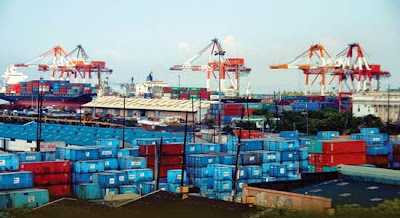 Free trade, therefore, is not only “one-way benefit” for exporting countries and “misery and economic dislocation” for the importing countries. Free trade means net gains (gains outnumber the losses) for everyone engaged in voluntary exchange.

Yet we hear and read until today various voices and complaints about free trade and trade liberalization, like the coming ASEAN Economic Community (AEC) integration. They argue that we should not have liberalized at an accelerated pace, and that we should postpone further liberalization and economic integration unless certain social issues like labor, children, and gender rights are fully protected.

On hindsight, two questions can frame their opposition. (1) Is the Philippines (and other ASEAN economies) better off if the government heeded the protectionist view? And (2) How much exports revenues would have been lost or gained if we did not undertake accelerated, unilateral trade liberalization?

There are several trade theories that can guide researchers and readers to answer these questions. Like the classical theory of comparative advantage, and the more sophisticated Heckscher-Ohlin theorem of factor endowment as basis for trade.

It is difficult though to get macro data to plug as dependent variables to get the estimates of potential trade flows, net gain or net loss, using the above theories. We turn to the “Gravity model of trade” to answer the two questions above. A small group of Economics students from my alma mater, the University of the Philippines School of Economics (UPSE) (Alan Arcin, Zaldivar Natavio, Sarah Ugot, and Philip Pandan) assisted me in providing the answers to those questions.

Where F is trade flow, G is a constant, M is the economic mass of two countries, and D is the distance between them. The subscript i and j represent the importing and exporting countries.

For a better fitting model, we used other explanatory variables per capita income (PCI) of both countries and control variables such as common borders, language, and membership in regional trading arrangements.

The regression model we used takes this equation, adapted from Achakzai (2010):

Where:
TRDij is the trade flow between countries i and j, and is the dependent variable.

PCI is per capita income (GDP/Population ratio) of countries i and j,

DIST is distance between countries i and j.

The last three are dummy variables:

CONTIG is contiguity, has value of 1 when countries i and j share a common border and 0 otherwise;

CSL is common spoken language, 1 when the population of countries i and j speak a common language and 0 otherwise.

UNI is whether country i has been unilaterally liberalized, 1 when country i underwent unilateral liberalization and 0 otherwise.

With 1,016 data in year 2010 for the ASEAN 4 -- Indonesia, Malaysia, Thailand and the Philippines -- estimation results below show that all variables are significant at 95% confidence interval. The R-squared at 0.528 and Root MSE at 2.299.

• A percent increase in distance leads to a 0.94% decrease in trade flow.

• If country i is unilaterally liberalized, trade flow increases by 0.67 percent.

• If countries i and j share a common spoken language, trade flow increases by 0.42%.

• If countries i and j share a common border, trade flow increases by 1.84%.

Plugging the values in the regression results, a table accompanying this article shows how low the exports revenues (column 2) of the Philippines would have been if it did not undertake accelerated, unilateral trade liberalization policy. Generally the same results were obtained for Indonesia, Malaysia, and Thailand. It also estimates foregone export revenues (column 4).

If the Philippines and other ASEAN countries adopted protectionism and rejected unilateral trade liberalization, it would have resulted in low amount of trade flows. For instance, Philippine exports to Hong Kong would be only 2% of actual exports, and exports to Singapore would be only 9% of actual exports. And a significant amount of exports would not have been realized if the Philippines did not join unilateral liberalization of the region.

So the answers to the two questions above, (1) Are we better off if the Philippines (and other ASEAN countries) heeded the protectionist view, is NO. And (2) How much exports revenues would have been lost or gained if we did not undertake accelerated, unilateral trade liberalization, the figures vary depending on the trade partners, ranging between 2-3 percent of Philippine GDP in 2010.

Among the implications of these numbers are the following.

One, the numerical values generated are large, they are not “insignificant,” they are sufficient to warrant recommendation of this policy to many developing countries.