If a person is accused of large-scale robbery and plunder over many years as a top government official, the expected action from him is to defend himself from all the accusations and investigations. Committing a suicide can never be considered a "gentleman act." 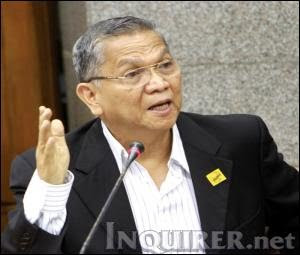 The on-going robbery scandals in the AFP that dragged not only him but also other former military generals, must have been too much for him to bear. Which is highly unexpected considering how he amassed so many government positions, from military to civilian posts. Meaning He has been in politics and political controversies for so many years now, that he was not expected to be too sensitive with all these investigations and accusations against him.

I will argue, along with other friends whose opinions were expressed in our facebook status, that to commit suicide with these investigations on-going, is never a "gentleman act."

Commiting a suicide is a lousy way out. But then again, the man has also rested. He requested peace from all these political noise and accusations. May he find peace.

Endless corruption scandals make a mockery of the rule of law in this country and other societies. The law must prevail, people should be afraid of the law -- law against stealing, law against killing, law against many other crimes -- because the penalties are certain.
-----

Some of my friends in facebook posted their own opinions on the suicide of Mr. Angelo Reyes. Without naming names, here are some of those comments:

* Your greatest adversary is your own conscience, if you have one!

* He should have left a suicide note nalang. Video to be more credible, telling all the dirty deals para naman nasabi nya na he did something right before he died.

* Bakit di na lang gayahin ang mga samurai? (Why not imitate the samurai?) Public admission of transgression then the leader and all of his followers (equal guilt) kill themselves.

But there are also suicide sympathizers. These 2 guys are not my friends, but I find their comments worth responding.

1. Dead men tell no tales. Now everyone can blame him and he won't defend himself.

2. It is NOT suicide. It is a redemption of honor tarnished. He paid it with his life like the Japanese Harakiri. Appropriately he chose the site to pay the shame with his life. Redemption and forgiveness is his. We NO longer speak ill of the man. He paid for it with the supreme cost a man/woman can ever do. 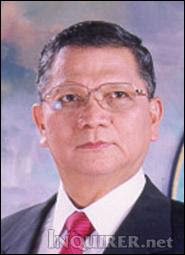 On #1, if he was assassinated, then it is right to say that he can no longer defend himself from all those allegatins and accusations. But he killed himself, purposely, when he has all the chance to defend himself if indeed he was not guilty.

On #2, It is too preposterous to deny that it was suicide, that it was an escape from the responsibility of defending oneself from unfair accusations if indeed he did not steal big time from Filipino taxpayers' money. There is no honor whatsoever in running away from such responsibility. He owes it to himself, he owes it to the Filipino people to explain that he was not a theft and a corrupt official as he held so many high positions in government.

Nonetheless, whether it was cowardice or deep guilt feelings and conscience, it caught up with him.

May he rest in peace. It is a prayer that we the living can give him.

But the corruption cases against him, against his wife, against some of his subordinates and peers in the military, will not rest.

The rule of law must prevail. Those who violated the law against stealing, law against plunder, should face the consequences of their actions and crimes.

If we forget those crimes simply because the accused killed himself or themselves, then we will have a government of thieves who steal say P100 million. If he is not caught and prosecuted, he will steal another P100 million. If he is caught and investigated, he will commit suicide and hope that all his crimes and stolen money will be forgotten by the public.
--------

"Let he who is without sin, cast the first stone!". The timeless words of Jesus' still applies to this very day... And I do believe that there are many in government do corrupt practices not because they are evil people, it is because we have a big bad system of deficit spending, over-taxation and inflation to finance a very big and expensive government that eventually blinded our leaders and soldiers into the path of corruption.

I can't put all the blame on you Gen. Reyes.

May you rest in peace.

General Reyes passed many tests before. He went through several Commission on Appointments grillings. He presided over more tensed situations. He headed departments that would invite many corruption allegations or comments even from ordinary folks or fott soldiers. His security detail said he was under constant threats from armed enemies of the State. He had weathered all those. I guess it was because the most powerful person in the land had so much confidence in him. That kind of assurance -- and his pride as a professional soldier -- kept him solid and virtually unscathed for almost a decade. I don't think a few harsh words from three senators and a "betrayal" by his kumpare for revealing million-peso gifts would lead a toughened soldier to feel depressed. The spectre of being named the number 1 utak of all these corruptions was simply too much for him to weather in the days and weeks to come. It should be noted that Reyes took pains in asking Trillanes to acquit him -- that the real buck did not stop at his desk. Somebody withdrew her support. Somebody must have warned him of bigger mess that he would not be able to match or find an excuse for. That somebody is also holding many men and women's necks up to this time.

Thanks Mike, Lardy. About "casting the first stone", I think the first to cast the stone, err a rock, a huge rock, were those who betrayed the public and stole big money from them.

On the suicide, a straight and non-guilty to accusations person would happily answer and face ALL accusations and allegations against his person, his family, his career, and his performance as a high public official. How can he do that if he will kill him self?

The rule of law must prevail. We should respect the dead, we the living should do it. But the rule of law says that there are penalties to wrongdoing, there are punishments for violating the contract with the public, to serve the public with honesty and integrity. Other people who are still alive and been implicated to the unresolved accusations should face the music.