Last year I wrote this:

Obesity is one indicator of affluence in society. When economic productions are efficient and modern, there is ample production of many things -- food, beer, appliances, cars, cellphones, and so on. When food is plentiful, its relative price is low or cheap, so people eat and eat a lot. When car manufacturing is efficient, thousands of cars are churned out every month and cars are sold rather cheaply, well at least compared to several decades ago. And people tend to ride their cars even for short distances, they do not walk or ride bicycles anymore. And with fast production of tv sets, tv programs and movies, many people become couch potatoes, they sit down for hours watching tv or movies. 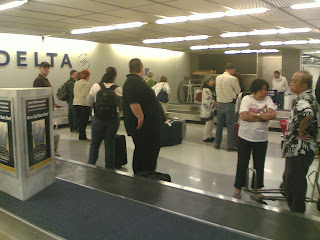 The overall result in economic affluence plus personal -- and possibly parental -- irresponsibility, is that people will have ugly bodies, like being over-fat or obese. If they eat like a pig and they do not burn enough energy, most likely they will have a body like a pig. They become obese. Of course there are also biological and medical reasons like low food metabolism, but the dominant explanation for high incidence of obesity is lifestyle changes and the success of economic modernization and capitalist accummulation. 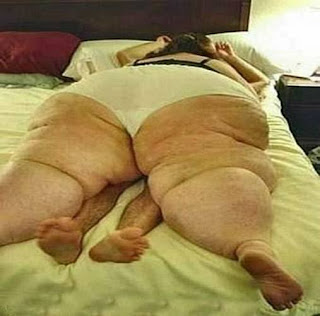 In the US, about 26.7 percent of the entire population, around 73 million people, are considered obese. And this figure is considered as understated as the method in producing the figures is via phone call interviews, where some people would tend to understate the extent of fat accummulation of their body.

The Center for Disease Control and Prevention estimates that the medical costs of obesity in the US is around $147 billion a year.

A corollary to this is when people would drink and drink, smoke and smoke, almost without control, and develop various diseases in their internal organs later. In a social philosophy of "healthcare is a right", the State will create a complicated system of social engineering where those who work hard and take care of their body more responsibly will be forced by the State to contribute to a massive healthcare budget, in order to subsidize the health needs of those who are less responsible about their own body.

While capitalist accumulation in the social and economic sphere has been generally successful, the State's social engineering scheme where more hard-working individuals and more efficient business enterprises are coerced to surrender a big portion of their personal and corporate savings and surplus, can be wasteful.

Accumulating fat in the body is not a wise move to waste the savings of other people.

You're looking at this only from the perspective of free choice. The minimal government that you spouse has to ensure that individual liberties are protected - physically by the use of force if necessary. See article below on effect of obesity on military recruitment. A volunteer army such as that of the US needs a healthy bunch of recruits to defend the liberties of Americans. In this case, government has to intervene and cannot just wait for "free choice" between healthy and unhealthy lifestyle to produce the army that it needs.
http://www.cnsnews.com/news/article/53804

Thanks for the comment, Joe. I'm sure the US army will not hire obese soldiers, and this alone will encourage young Americans to take care of their body not to become obese if they want to join the army, the navy, other armed units of the US government.

In addition to the link of Joe Battad. People are paying huge taxes in America and it pours into morbidly obese people who spend too much on eating. So true. Obesity is a medical condition in which excess body fat has accumulated to the extent that it may have an adverse effect on health, leading to reduced life expectancy and/or increased health problems. I repeat, "leading to reduced life expectancy and/or increased health problems." Health is one of the major concerns why government is giving free weight loss program. But to think of it, the government should have give effort on monitoring malnourishment(underweight and overweight)"first" during the early age, instead of giving corrections on the late part.
-----

(Note: The 3 pictures below were taken from www.photobucket.com) 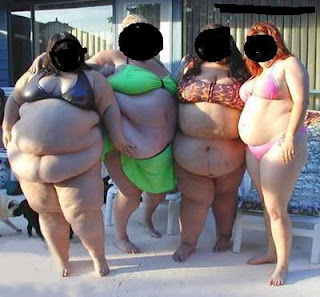 A combination of eating more and becoming less physically active is a perfect formula to have more fat accumulation in the body. And thus, overweight and obesity has become a health and social problem in many countries around the world now. 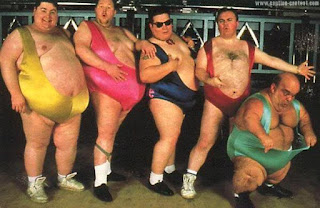 There was a report yesterday in yahoo news that discussed this phenomenon as indeed becoming a global health problem, 'Tsunami' of obesity worldwide: study.

PARIS (AFP) – A "tsunami of obesity" is unfurling across the world, resulting in a near-doubling of the numbers of dangerously overweight adults since 1980, doctors warned on Friday.

More than half a billion men and women -- nearly one in nine of all adults -- are clinically obese, according to research by a team from Imperial College London, Harvard and the World Health Organisation (WHO).

In 2008, the latest year for which statistics were available, nearly one woman in seven and one man in 10 were obese, it found.

Being too fat causes three million premature deaths each year from heart disease, diabetes, cancers and other disorders, according to the WHO.

The researchers described the tableau as "a population emergency."

"(It) will cost tens of millions of preventable deaths unless rapid and widespread actions are taken by governments and health-care systems worldwide," said the report, published by The Lancet....

It is indeed ironic that having too much fatty food and having more convenience and modern cars and gadgetry in modern societies can create another round of health problems, when many sectors around the world are complaining of "food crisis", malnutrition and related issues. 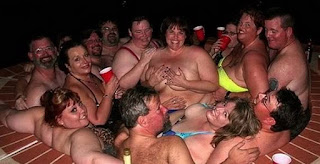 And this is where discussions and debates on "universal healthcare" can possibly focus. Should governments intervene more, like increasing the mandatory contributions for government-run health insurance system, so that obese and sickly people due to "lifestyle diseases" can be treated at lesser cost to these people?

My quick answer to the above questions is -- the latter.
Posted by Bienvenido Oplas Jr at 3:54 PM