A wave of downfall of some dictators in the Middle East occured this year. And the year is still young! 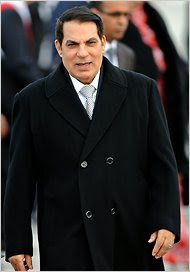 First to go was Zine el-Abidine Ben Ali, President of Tunisia from 1987, and was toppled last January 14, 2011. The usual people's complaint of dictators and undemocratic governments: large-scale corruption and robbery, political repression, high poverty incidence. Young Tunisians aided by facebook, blogs, liberal education and other products of market economy in the world led the successful protests. Several hundreds of protested died though before the past President stepped down. 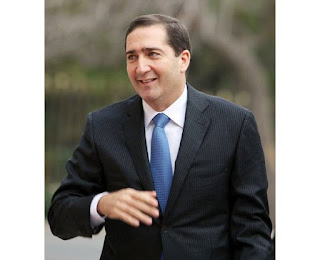 Next to go down was Samir Rifai of Jordan, who stepped down in late January this year. Jordan's King Abdullah fired him and replaced him with Marouf Bakhit, a former prime minister and an ex-army general. Rifai was not long in position though, only about two years. The anti-government protests in Jordan has not elevated yet into an anti-monarchy protests. 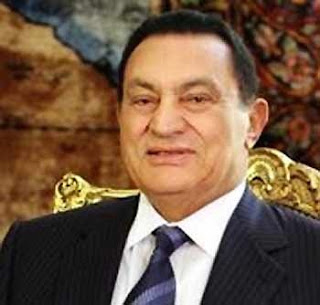 Of course the latest to step down was Hosni Mubarak, Egypt's dictator for 30 years. He stepped down only last Saturday, February 12, 2011. See a brief political humor commentary here, Mubarak cartoons. 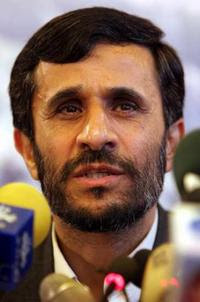 Who's next? Today, there were news that thousands of protesters were still gathering in Tehran. Iran's Prime Minister Mahmoud Ahmadinejad was threatened two years ago with huge public protests after a cheating-tainted elections proclaimed him as the winner. But his heavy-handed counter-forces crippled the political opposition. Could he be among the next dictators to fall down?

Tunisia's and Egypt's dictators were long-time allies of the US government. Also the monarchy and/or dictators of Saudi Arabia and other Middle East countries. Seems that only Iran's dictator is anti-US.