The first time I went to San Francisco, California was in April 2008. My two Filipino friends in NoCal, Monchit Arellano and Kris Asinas-Cabrera, hosted and toured me around the area. 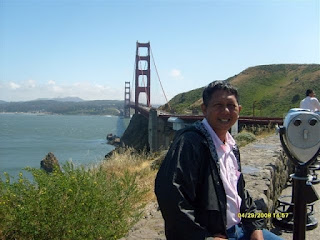 Late April 2008, it was sunny and cool then. I told Kris that I wanted a picture at the Golden Gate Bridge, so she and her hubby brought me there. I liked SFO's cold but non-wintry weather. 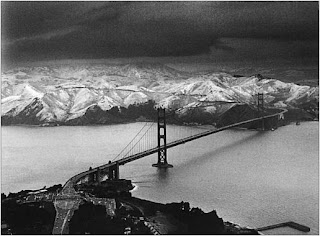 Today I just read that "not wintry weather" is not exactly true. It snowed hard in SFO in February 5, 1976, the snow approached almost the sea level. This was during the global cooling in the 70s.

And the same article I read today (above picture of snow in 1976 also from this report), Low snow in SFO – to be or not to be?, SFO's NWS issued a special weather statement,

…COLD STORM SYSTEM TO IMPACT OUR AREA STARTING ON THURSDAY…

...SIGNIFICANT SNOW ACCUMULATIONS WILL BE POSSIBLE FOR LOCAL MOUNTAIN RANGES. EVEN COLDER AIR WILL CONTINUE TO FILTER IN THROUGH FRIDAY NIGHT WITH SNOW LEVELS POTENTIALLY DROPPING DOWN TO SEA LEVEL.

There you go. Even the southern US state of California will not be spared from "catastrophic global warming".