There's a new facebook group called "Anti-Epal", it's about


Reclaiming public property from the clutches of traditional politicians. This page is a venue for the public to share photos of PUBLIC SERVANTS who've displayed their names or images in public places in furtherance of their careers.

There are many photos uploaded there, pictures of politicians who put their names and faces on certain government projects. Copy-pasting some of these photos from the said fb group. 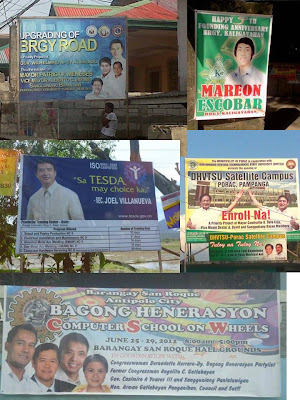 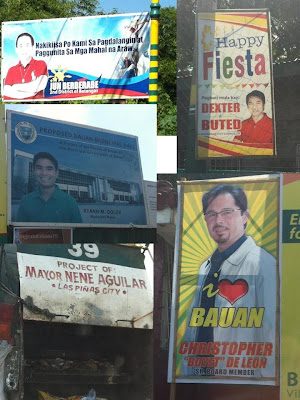 Even party-list Cong. Teddy Casino is doing it too, he's running for Senator in next year's elections. 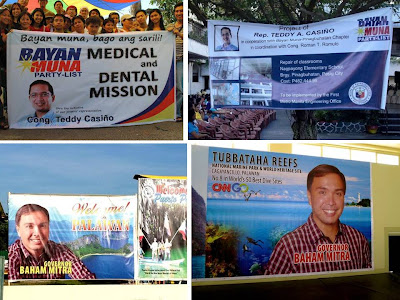 The Governor of Bulacan is more "creative", putting his face in the official receipts (OR) issued by the provincial government and/or city/municipality in the province. 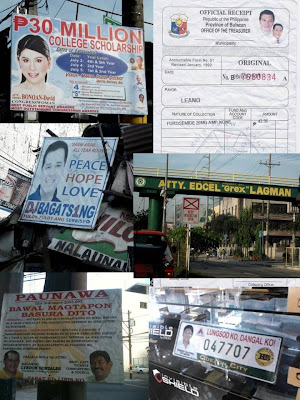 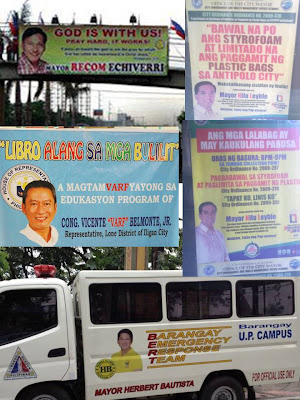 These are early campaigning by Makati City Mayor Jun-jun Binay and his runningmate in the elections next year. Also a photo of VP Jojo Binay. 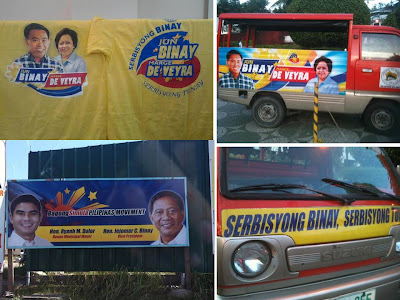 Posted by Bienvenido Oplas Jr at 12:52 AM