Posting a feature article in BusinessWorld nearly six years ago, I just found in one of my computer folders. Part of this four-pages long article is an interview of me by the author. The quotes below, I just added them.  Enjoy reading. 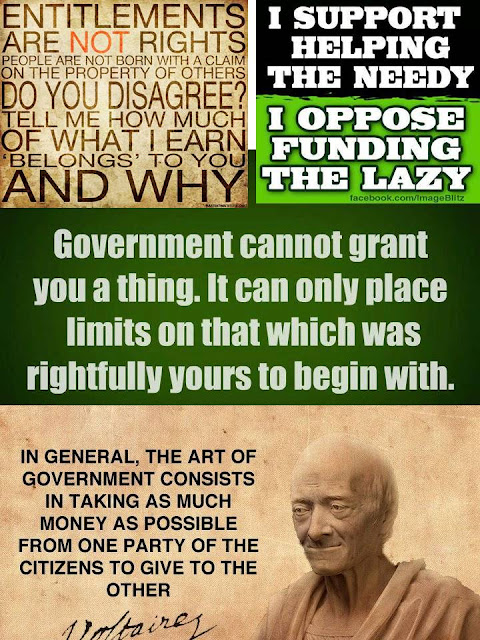 It has been widely documented in literatures that the Philippines’ economic development continues to be hampered by its weak government, in any form it takes-entrenched government corruption, bloated bureaucracy, ballooning budget deficit, inconsistent regulations, extensive government ownership of business, etc. Yet there seems to be a void in calling out for a reduced or limited government clout in the country as a means towards achieving a better economy for the Filipinos.

"Small government and small taxes is still a losing proposition at the moment, advocated by only a few souls which are politically weak compared to the voices of statists who endlessly call for more subsidies, more government positions and offices, more foreign aid," said economist Bienvenido "Nonoy" Oplas, Jr., head of the group called Minimal Government Movement (MGM) in the Philippines, advancing the concepts of small and limited government, small and few taxes, free market and free trade, and more individual freedom and responsibility.

Not to be compared with extremes such as total anarchy and communism, proponents of minimalist government argue that government, while a necessary institution for maintaining social order, should be focused on few, limited functions, "such as the enforcement of property rights and contracts among citizens, foreign affairs and national defense, currency and monetary regulation, among others."

A starting point for definition of government’s proper role in the economy might therefore be to look at the things which only government can do. Private businesses will not provide certain types of services -- or will not provide them in optimal amounts -- because the benefits of such services are widespread and so difficult for the provider to capture and thereby earn a commercial return. Such services are called public goods.

"On these limited functions, we want government institutions to be strong and implementation of laws to be strict. The rest of social and economic functions, government should get out and leave the provision of many goods and services to the market, to the citizens and taxpayers," Mr. Oplas further argued.

After all, said Dr. Edward Younkins, an economist at Wheeling Jesuit University in West Virginia, USA in his paper entitled "The Minimal State, Not the Welfare State," government is only "a man-made institution that holds only such powers as it receives from individuals," thus, should be subject to various restraints to keep its vast powers from being abused.

"Since no individual has a right to interfere with the freedom of another, it follows that any attempt by the government to use force against a citizen for any reason other than self-defense of other citizens is an abuse of power and is equivalent to the very thing that the state was organized to prevent," the paper noted.

Along with limited government function, minimalist government philosophy allows for an individualist control of income and destiny or a free-market model of economy where individuals constitute markets, as buyers and sellers of various goods and services. Unburdened by many government regulations and bureaucrats, trade restrictions, high and multiple taxes, individuals are always assumed to act, in economic and political ways, as rational beings allowing for the markets’ competitive and innovative potentials to be unleashed.

The tradition of limited government involvement in the economy was first espoused in the Classical School of economic theory that began with the publication in 1776 of Adam Smith’s monumental work, The Wealth of Nations. The book identified land, labor, and capital as the three factors of production and the major contributors to a nation’s wealth. In Smith’s view, the ideal economy is a self-regulating market system that automatically satisfies the economic needs of the populace.

He described the market mechanism as an "invisible hand" that leads all individuals, in pursuit of their own self-interests, to produce the greatest benefit for society as a whole. Smith incorporated some of the Physiocrats’ ideas, a group of 18th century French philosophers, including laissez-faire, the French term meaning, "leave it alone," into his own economic theories.

More modern schools of thought such as the Rational Expectations Theory also provides a contemporary rationale for the limited government involvement. It argues that the market’s ability to anticipate government policy actions limits their effectiveness.

Laissez-faire practices have not prevented private interests from turning to the government for help on numerous occasions, however. In the West, railroad companies accepted grants of land and public subsidies in the 19th century. Industries facing strong competition from abroad have long appealed for protections through trade policy. Agriculture, for one, has benefited from government assistance. Many other industries also have sought and received aid ranging from tax breaks to outright subsidies from the government.

The Philippine government, perhaps wanting to correct market failures, remains entrenched in what others would call private territory, with expansive ownership in significant industries such as banking, real estate, media and entertainment, agriculture, etc, preventing more efficient private entities from engaging in such activities. In the 2006 Freedom of Economic Index, the report cited the extensive government ownership, among others, as the reason why the country continues to sit among other economically "unfree" nations.

The country scored 3.23 on a scale of one to five, barely improving its score from 3.25 in 2005, putting the economy at no. 98 out of 161 countries. Such a score is lower than the world’s average of 3.18, which means the country is still out of the league of economically free nations.

The annual Index, jointly produced by The Wall Street Journal and the Heritage Foundation, documents the relationship between a nation’s economic freedom and the resulting prosperity. Low number scores are desirable as the Index divides the world into economies that are free, mostly free, mostly unfree, and repressed.

Economic freedom is defined as "the absence of government coercion or constraint on distribution, or consumption of goods and services beyond the extent necessary for citizens to protect and maintain liberty itself. In other words, people are free to work, produce, and invest in the ways they feel are most productive.

Among others, the report said the country’s chief obstacles to stable growth remain to be high tax rates, poor infrastructure, low foreign investment, and entrenched government corruption. "Foreign direct investment in 2004 leveled off at $1 billion, well below the $3 billion to $4 billion of other ASEAN countries. Tax incidence is heavier for corporations than for individuals. The population has increased, exacerbating the problems of an inadequate infrastructure. President Arroyo has also increased government spending, which, combined with lagging tax revenues, has led to massive deficits. The government is also slow in promoting privatization, as the state still owns a majority of Filipino corporations," the report said.

Mr. Oplas’ group proposes a number of solutions for a limited government control. First off is the streamlining or right sizing of government bureaucracy to a more manageable, limited number. The government so far is the biggest employer in the land with about 1.5 million total government personnel scattered in one million national government agencies (NGAs), around 100,000 under various government-owned and -controlled corporations (GOCCs), and around 400,000 under the local government units (LGUs). Including consultants and employees under various contractual arrangements, the figure would reach two million.

"Big and expansive government means big opportunity for corruption. Since the fund to create and sustain a government agency does not come from the elected politicians nor the appointed administrators and
bureaucrats but from taxes, especially from private sector taxpayers, the temptation to waste such money is big," added Mr. Oplas.

The MGM group also calls for a lower and simplified tax rate and over the long term, when the public debt burden has been drastically reduced, for an abolition of individual income tax. The group argued that people should be allowed to keep their earnings to further propel the economy, and given a small bureaucracy to support, the government should shift revenue collections from income to consumption tax.

The country currently slaps a 32% income tax rate and a 35% corporate tax rate, way higher than what Malaysia and Singapore presently impose. The Index report said that countries have begun embracing the adoption of the flat tax. First promoted in America by economist Milton Friedman, the flat tax has now been adopted in some form by at least 11 European countries.

"More are interested, including once-socialist Greece. As capital is poured into flat-tax countries, this innovation has created tax-policy competition that other European Union countries can ’t ignore. Even Germany and France, so wedded to their welfare state model, have had to consider reducing their tax rates," it said.

In any sense, calling for a limited government intervention necessitates drawing a clear line or redefining the role of government. Moderation, indeed, is always the key if people would want to taste the proven success of free-market capitalism and seek to enhance the "invisible hand." Needless to say, reasonable government control remains a significant ingredient for a successful economy.