A guest post from my friend, Jules Calagui, collated from one of his recent facebook status updates. Photos below, I just added. 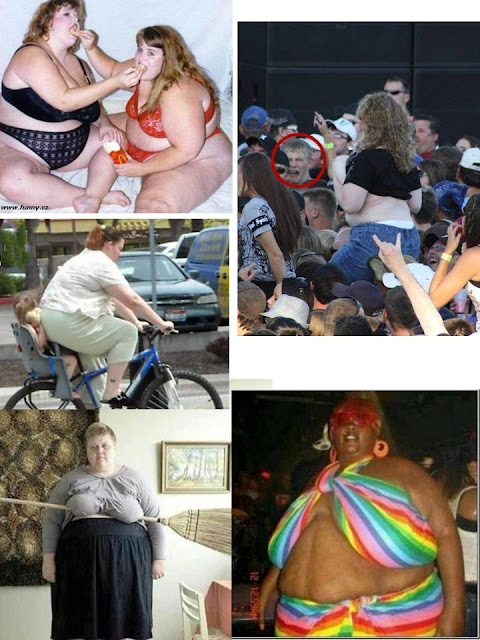 I don’t eat McDonald’s food, but I vehemently defend the right of people to eat it. As soon as the government becomes the arbiter, by edict, of what we can and cannot ingest, the frenzy in the marketplace to gain concessionary privileges never ceases.

Indeed, the incessant cry to demonize one thing over another, criminalize one food over another, thunders in the ears of politicians as businesses jockey for favors and indulgences from legislative priests. 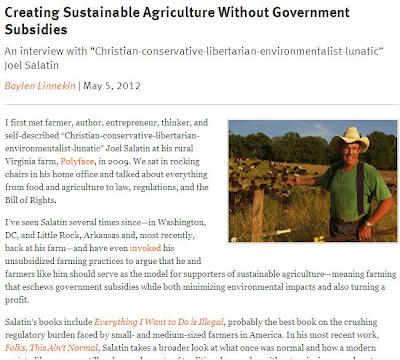 The questions/ issues often raised have a lot more to do with Liberty than with healthcare which I think is the main point of Joel Salatin.

Politicians, bureaucrats have lots to learn from John Mill with matters relating to public policy and liberty when he said, "Over himself, over his own body and mind, the individual is sovereign."

NOBODY, not even the state, has the right to force, limit and worse define what a person should not or ought to do UNLESS he causes harm to others.

Even the person's own physical or "moral" harm IS NOT a justification for limiting his/her liberty. Exception will be children/minors who couldnt make "rational decisions" yet.

The state has no business telling you and I what we should consume (eat, drink, inhale...), choices we make that affect our body, preferences in matters relating to personal taste as well as private life (music, art, sports, who to marry including dissolution of marriage, and even the right to end one's life).

Along with it is the RESPONSIBILITY, that we let others enjoy the same liberty and that the choices and things we do causes no harm to others.

The State should only intervene when our actions causes harm to others. An equally important point raised by Joel Salatin is the danger of government regulation.

Healthcare - every wants it but no one is willing to pay for it.

There ought to be a distinction between Public Health and Personal Health.

Public Health Policy should be mainly revolve around what they call Primary Health Care. Unfortunately, even Public health experts cant agree on what it should be.

I think the priorities of Public Health Policy should be Prevention, well being(safe and clean environment), care for children/pregnant women as well prevention and control of communicable disease.

When people talk about Health, unfortunately, they often mean Healthcare - treatment, and management of illness specifically those offered by medical/health professions/institutions.

UNLESS it is care for children/pregnant women and control/management of infectious disease and epidemic - Healthcare is a personal responsibility.

The Freedom to Chose (Liberty) is inseparable with the responsibility to be accountable for the consequences of the choices we make. Are you willing to pay for the cost of treating my illnesses which are a result of my own personal choices?

Much of most Healthcare treatment that we want to be part of Government services are mainly diseases resulting from personal choices. Stroke, diseases of the heart, lungs, liver, colon and to large extent even breast cancer are lifestyle diseases. Public Health Policy should be geared towards education and prevention - that I think is where taxpayers money should be spent.

Most of these lifestyle disease can be prevented if we only: eat the right amount (mas marami namamatay sa katakawan kaysa gutom!), consume more fibers, vegetables and less of fat and excessive carbohydrates, sweet. And exercise regularly - which could be a daily walk of 10,000 strides/steps. Studies also points to evidence that women who postpone pregnancy late in life, specially those who chose not to have kids at all, are more likely to have breast cancer.

What is also critically lacking, especially in Manila, I think are safe public spaces to walk and cycle. Public spaces should not be devoted merely to building roads for cars - efforts should be made that we have safe (dedicated) places to pedestrians and cyclist.

On the question, Should we tax tobacco and alcohol? I think we should, but mainly on one ground - to make it expensive for young people/children to afford. And when we do tax them, the revenues should only be earmark to efforts in promoting awarness about the their harm as well as creating facilities where smokers can enjoy their fix.
--------
Meanwhile, here are two (of so many) recent reports on obesity.

About 32 million more Americans will become obese by 2030, upping obesity rates to 42 percent of the U.S. population, according to a new report from the U.S. Centers for Disease Control and Prevention.

The report also predicts that the proportion of Americans who are severely obese, meaning more than 100 pounds overweight, will reach 11 percent, about double the current rate.

The report's authors give a sobering price tag for these predictions: such an increase would create $550 billion of obesity-related health care costs....

Although recent data suggest that rates of obesity have reached a plateau, current rates of obesity are still alarmingly high. About 34 percent of adults are currently obese, creating a whole host of expensive, chronic health problems, such as cardiovascular disease and diabetes.


Researchers say that increasing levels of fatness around the world could have the same impact on global resources as an extra billion people.


The team estimated the total weight of people on the planet and found that North America had the highest average.

Although only 6% of the global population live there, it is responsible for more than a third of the obesity.

The research is published in the journal BMC Public Health.

In their report, the researchers from the London School of Hygiene and Tropical Medicine calculate the weight of the global population at 287 million tonnes. They estimate that 15 million tonnes of this mass is due to people being overweight, and 3.5 million tonnes due to obesity....

How to prevent lifestyle diseases?