My article in interaksyon last week, FAT-FREE ECONOMICS: Pagcor privatization and reducing public debt has attracted some reader comments. I reply to them as much as possible, in order to clarify more points that I already made.

Here are the comments and my clarifications. 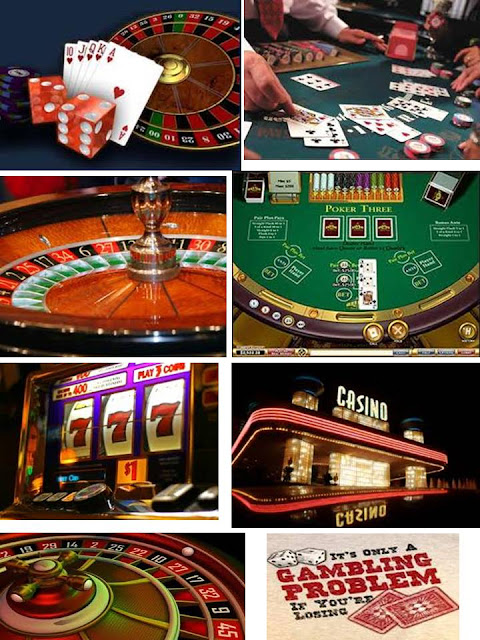 Roy Roger If the government wants new revenue, it should sell non-performing assets like idle lands first. Revenue earning assets such as pagcor & pnoc-ec should be sold last. Why sell a cash cow all of a sudden?
6 hours ago

Shan Tiodianco How much kickbacks will REcto gets from privatization of pagcor? These senators are very devious getting kickbacks of selling gov. owned companies.
Saturday at 1:52pm

Shan Tiodianco I don't trust sen. recto. why sell PAGCOR? it generates big revenues to our gov.
Saturday at 1:57pm


Paul Eugenio You haven't read the article, do you?

Nonoy Oplas Sen. Recto's goal is to raise more money for DepEd, DSWD, LGUs, the Treasury. I suggested that all privatization proceeds should go to retire some public debt, not to any specific department. Savings from annual interest payment can be used for other socio-econ programs. We just need to reduce that huge public debt stock and avoid future Europe type of econ instability.

Why sell Pagcor, to help reduce the public debt, save huge interest payment yearly. Pagcom as a regulatory body expected to earn more money as more huge casino/gaming companies from abroad are coming in.

Paul Eugenio What's the use of earning P40 B from Pagcor if it just goes to debt service, right?

Nonoy Oplas hmmm, some people just want to argue on numbers even if the data are already given to them.


Nonoy Oplas   Top Commenter · University of the philippines
Yesterday I went to the Senate for the Committee hearing of Pagcor privatization. I briefly argued the above in about a minute, in front of Sen. Koko Pimentel III and Sen. Ralph Recto. Thanks to Red Atienza for the invite.
Friday at 11:50am

Benedict Bernabe · Top Commenter · University of Melbourne
Nonoy, one of the reasons why European economies have huge public debt is because they radically privatised many of the state's income-generating activities in pursuit of the neoliberal model of growth (example, UK under Thatcher and US under Reagan), arguing that a scaled back state will be better for the market, and that the state should not operate those outside its spheres of competence. Yet even the World Bank, the IMF and ADB have repositioned themselves about scaling back the state. The Philippines has a healthy debt to GDP ratio, to the point that the country has become a net IMF creditor. A big majority of our public debt is peso-denominated, which means it's used in making the local economy work. Having lower public debt per se is not a good thing in itself. We need some public debt. For one, it's an investment vehicle for the financial market. What we need is a change in perspective in terms of looking at public debt. The governments obligations are reverse side of the coin of the investments of the market. Lastly, there are no guarantees that we will see the entry of more foreign gambling companies once we privatise gambling. Besides, if foreign gambling companies come in, that means they will take their earnings out of the Philippines. There are many ways to improve PAGCOR operations, including amending the PAGCOR charter. But not outright privatisation. I believe that gambling should remain a state monopoly.
17 hours ago

Nonoy Oplas ·A "healthy debt/GDP ratio" at 40%? And we pay P328 B a year on interest payment alone, it's "healthy? come on. CCT spending of about P25B already caused huge political debate here, and people don't think that paying debtors P300+ B a year is just fine? come on.
14 hours ago

Benedict Bernabe · Let's just say it's "manageable." It's important to know who our debtors are. According to latest estimates, 60% of public debt is owed to the domestic market. Meaning, the government is borrowing from Filipino individuals and corporations. So most of the interest payments go to Filipinos and circulate within the Philippine economy. The government is also progressively paying off foreign debt so that it will constitute a much smaller percentage of the national debt. Debt is important in plugging crucial gaps in public spending. The only sustainable way to reduce debt-to-GDP ratios is to grow the economy organically and raise new taxes. Privatisation creates one-off revenues that looks good on paper for one year but leaves a gaping hole the following year that can only be matched by another big ticket privatisation. At one point, the government will run out of things to privatise. Besides, the only time that privatisation makes sense is if the state enterprise is operating at a loss that it requires a lot of state subsidy. I don't think this is the case with PAGCOR. There are better ways to cut public debt than to sell off the state's monopoly on gambling.
13 hours ago

Benedict Bernabe · Also: "Huge government debt, not private sector and household debt, is the main reason for the on-going economic and financial turmoil in a number of European economies now. Their governments have been over-spending and borrowing irresponsibly over the past years and decades." This is an oversimplification. The increase in sovereign debt of European economies is a result of the fallout from the US subprime crisis, to which many European lenders were exposed, requiring bailout by national governments. Bailout expenses, and stimulus spending, coupled with an unresponsive economy that translated to poor growth, hence poor internal revenue, places European economies in a position that made it harder for them to borrow money to finance spending. "Overspending and borrowing irresponsibly" does not capture the essence of the European sovereign debt crisis. The Philippines is in a stable monetary position because of the lessons learned from the 1997 Asian financial crisis, our markets and banks are well regulated and financial institutions adequately capitalised. This will not put us in any European-like crisis anytime soon. So public debt reduction does not justify PAGCOR privatisation.
13 hours ago

Nonoy Oplas · "reduce debt/GDP ratio... raise taxes" ouch. Perhaps you're working in govt or foreign aid bodies that raising taxes to the public is so easy to advocate.

"increase in sovereign debt of European economies is a result of the fallout from the US subprime crisis." See table 2 above, Greece, Italy, Portugal have debt/GDP ratio of 100%, 105% and 62% respectively, already high figures even before the US financial turmoil in 2008-09.
10 hours ago

Benedict Bernabe · Nonoy, I worked with Standard & Poor's Capital IQ as a researcher on the European market. The US subprime crisis started in 2006. European banks have been exposed to these securities even before 2006, hence the increase in debt to GDP ratio. In 2008-09. This era was marked by heavy stimulus spending, believing that spending will not stimulate economic growth. When that didn't happen, they attempted austerity measures, which are still not working. Now they're bailing out their banks. I work for the United Nations after that, on the development side and have seen that cutting out these revenue-generating entities will deal a serious blow to programs that address social inequality. We need more taxes, especially at the higher-tier income. We probably need to create a 40% income tax bracket, and we now have a political opportunity to do that. Your minimal government agenda works in developed countries but we're not there yet. Scaling back the state at this crucial point in development will only mean losing the gains that we have made so far. The privatisation of PAGCOR will only benefit the large capitalists who have enough capital to benefit from the windfall profits coming from gambling. What we need is legislation that dictates the use of proceeds from PAGCOR, not privatise it. Besides there are existing schemes that allow private sector involvement. Gambling should remain a state monopoly, at least in the next ten years.
9 hours ago

Nonoy Oplas · So you really work for one of those "spend-spend-spend, tax-tax-tax" agencies like governments and the UN, no wonder. Many government bureaucrats and politicians are busy operating casino, black jack, lotto, sweepstakes, cockfighting, etc. They are also busy regulating, taxing and restricting entrepreneurs who only want to put up a food shop, a bake shop, internet shop, barber shop, etc. Government failure in running after killlers, murderers, rapists, land grabbers, kidnappers, carnappers, other criminals is very high.

Why would govt bureaucrats and politicians want to endanger their lives running after armed robbers and murderers, when they can easily make more money operating casino and other gambling facilities.
9 hours ago

Benedict Bernabe · Your first paragraph is argumentum ad hominem and your second paragraph is argumentum ad captandum. Your entire proposition is based on reducing public debt through privatisation of PAGCOR. Why are we discussing crime rates all of a sudden? I believe this proves that the economic basis of this proposition is unsound in the first place, and mostly made up of generalisations. Your hypothesis is PAGCOR privatisation will help reduce public debt. The real question is whether the public will benefit from losing a revenue-generating enterprise and pre-paying its debt rather than paying its debt on original terms and keeping PAGCOR. Our credit ratings and credit outlook prove that we are in a very good position to pay our public debt in the long term. Perhaps it was best if you illustrated how the supposed gains from privatising PAGCOR and pre-paying public debt offsets the actual revenue losses that the government will incur.
8 hours ago

Nonoy Oplas · hmm, not ad hominem. That's how I look and view governments, the UN, other multilaterals WB, IMF, ADB, USAID, etc. Their main advocacies are consistent, government to spend-spend-spend, then tax-tax-tax, as what you precisely argued.

I brought up the issue of criminals and government failure, because ultimately we have to define "what is the raison d etre of government" and I argued that running casinos and operating poker and black jack is not and should never be a govt function.

On illustrating how PAGCOR privatization can lead to more govt resources (not losses), see the paragraph after table 1 above.
2 hours ago
---------