Weekend Fun 45: Life is Like a Bikini, It is Brief

I posted this joke in my fb wall last Friday...


Life is like a bikini, it is brief.
Statistics are like bikini. What they reveal is interesting but what they conceal is vital. 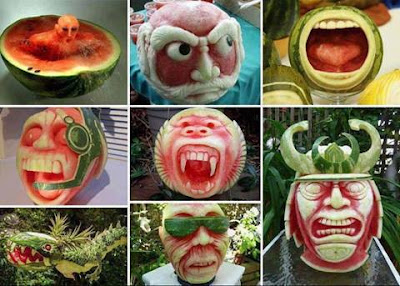 Bahasa Malaysia is the official language of Malaysia.
Bahasa Pilipinas is what happens after heavy rains. -- from Raffy Aquino

Q: Why do Economists provide estimates of inflation to the nearest tenth of a percent?
A: To prove they have a good sense of humor.

A seminar on time travel will be held two weeks ago.

Loudness of thunder after lightning tells you how close you came to get hit. If you don't hear it, you got hit, so never mind.

Democracy is like a fish market - it is smelly but everyone likes to go there to haggle. – from Donaldson Tan

(2) Prof: Prove to me that this table does not exist.
Student: What table sir? (Prof and whole class: Nganga!)
Prof: OK, Uno. – both from Dennis Arroyo

Q: Why do women rub their eyes when they get up in the morning?
A: They don't have balls to scratch.