Among my favorite talks at the recently concluded Jeju Forum for Peace and Prosperity where the Economic Freedom Network (EFN) Asia participated, was the talk by a world reknown investor, Jim Rogers. This guy is a co-founder of Quantum Fund with George Soros. Although he became rich in the US, he moved to Singapore in 2007 as he solidified his belief that this is the Asian century.

He has been an investor and businessman, a bike adventurer (he toured the world on motorbike in the 80s, then in early 90s) and never joined politics and government. Photos below are some of his books from his website, http://www.jimrogers.com/. 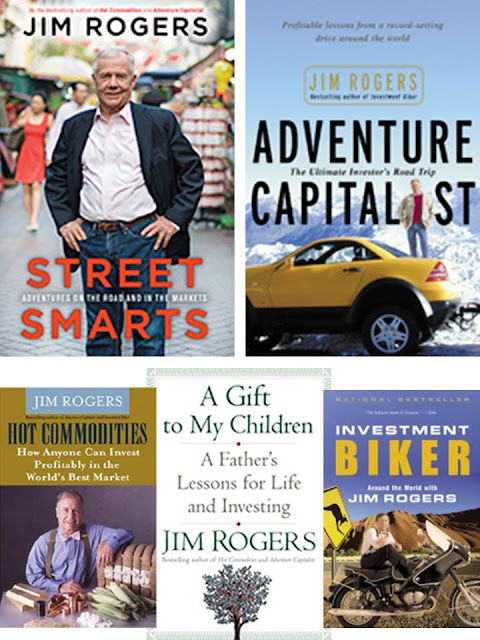 Among the points that Jim made in his talk were:

On China:
China remains the most dynamic country in the world. If i were you, I'd teach my children Chinese, not Japanese.

On Korea:
North and South Korea will merge in the next 4, 5 or 6 years. A united Korea will be the most exciting economy in the world. Just neighbor to China and Japan.

On Myanmar:
With 60 million people, lots of natural resources, next to China, Myanmar is one of the most attractive places to invest right now.

On Japan:
The Japanese are destroying their currency, courting the collapse of the yen. Abenomics will be a disaster, no economy has been helped in the long run by over-printing money.

On Agriculture:
Those earning MBA's, “Learn to drive a tractor” and "be a farmer" because agriculture to boom. Stay away from banking and finance. 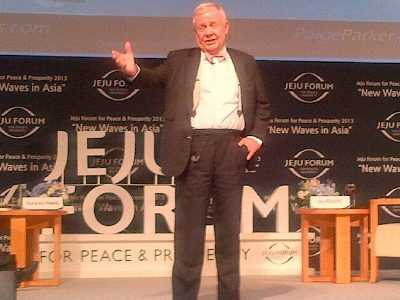 I like his recommendation that people should invest in agriculture and food production. And rightly so because not only that global population is rising especially in Asia, but demand for high value crops, diversity of food demand is rising fast. And even in countries with greying population, the population of pets is also rising and these animals also need more agricultural products.

Meanwhile, some photos sent to my by Pett Jarupaiboon, the Regional Program Officer of EFN Asia in Bangkok. This was on the 2nd night (May 30) of the Forum, at the grand ballroom where the EFN Asia video was repeatedly shown, and in one part of the video, I was one of those interviewed. Pett took photos of the video as shown in the ballroom. Thanks Pett. 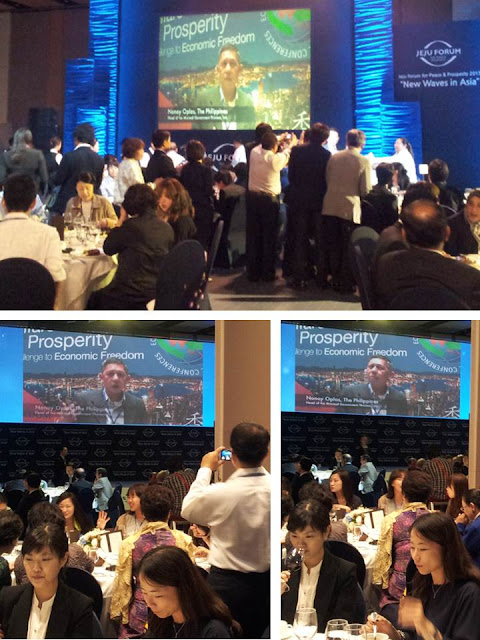