Privatization 11: Presentation in Hawaii in 2007

Six years ago, I participated in the first of four Pacific Rim Policy Exchange (2007 to 2010) mainly sponsored by the Americans for Tax Reforms (ATR) plus several other free market think tanks. I spoke on the panel on privatization. 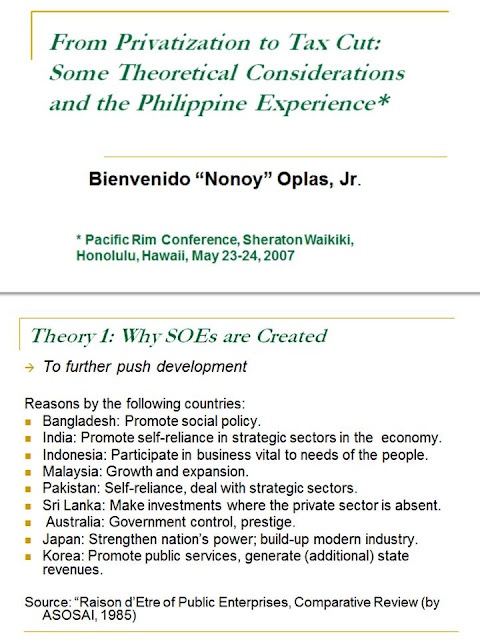 I limited my presentation to a few theories then some data about the Philippines. Among my co-speakers in the panel was Jose Penera, the former Chairperson of Chile's Social Security system I think. Lucky for me, most if not all questions during the open forum were directed to him. It was my first talk in a mostly American audience. 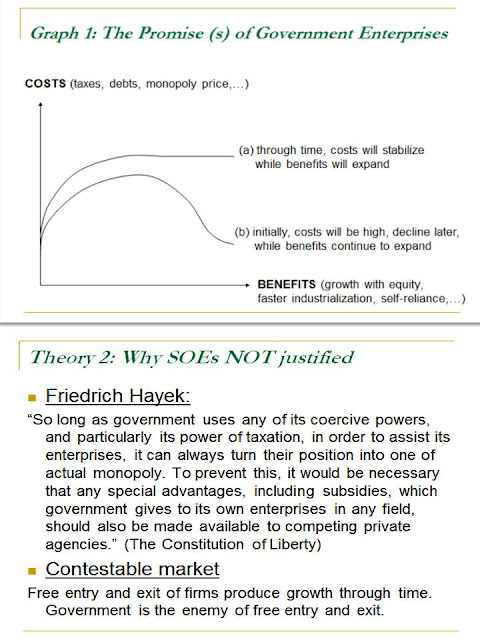 When government moves away from its core function -- protecting the people's right to private property, freedom against aggression, and freedom of expression, individual liberty -- various types of inefficiencies and wastes can result. 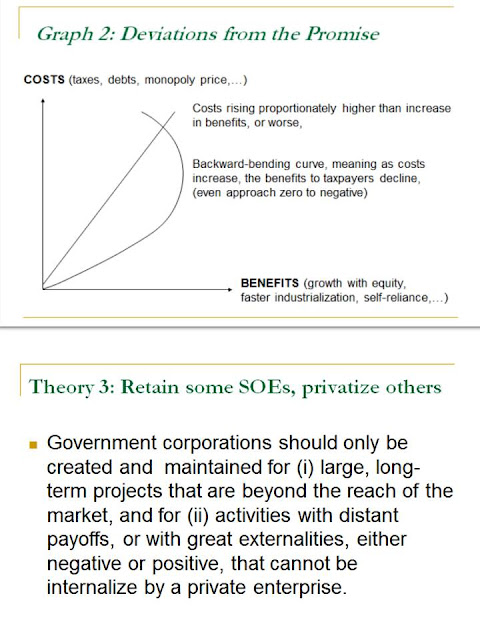 Then I discussed some big and more scandalous public corporations like Napocor and NFA. Also big monopolies like SSS, GSIS and MIAA. 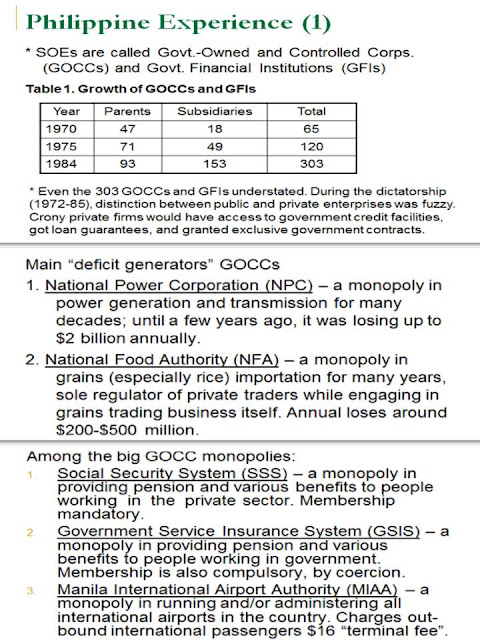 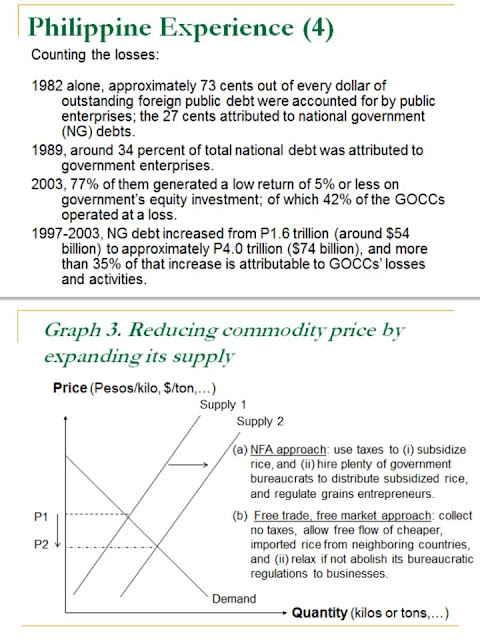 And here's how a tax cut can accompany large-scale privatization. 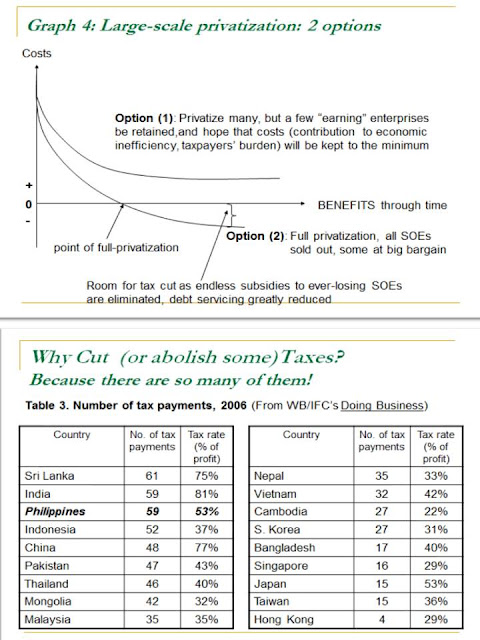 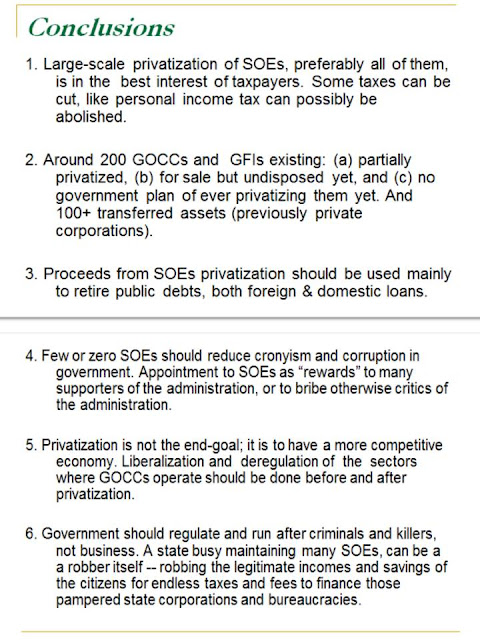 As usual, very informative! I just wonder if Philippines is really a capitalist country, how come there are so many SOEs? Isn't this a socialist pattern first seen in Russia and China?