Many people these days complain of the frequent strong rains and heavy flooding this month. Not only in Metro Manila but in various provinces, or in other countries. When I try to explain that this is part of global cooling, many resist the idea or the term itself. They always argue that this is still part of "man-made" or anthropogenic global warming (AGW) or man-made climate change (CC). I call this attitude as "cooling denial" and 'nature-made CC denial".

Yesterday, known journalist and Rappler editor, Marites Danguilan Vitug, posted in her facebook wall about the global weather while she is in Germany. See the exchanges after that, removing the last names of the people who commented in her wall. I just want to show some spontaneous comments and ideas on this subject.
-----------

It's incredible that the rains are lashing in India, Canada, France, Germany! A friend's cellar in Bonn was flooded, an extremely rare phenomenon.

Top of Form
Antonio  climate change and will get worse.

Nonoy Oplas Climate changes from warming to cooling to warming to cooling, in endless, natural cycles. Global cooling is here and ALL the guesses and projections by the UN are all wrong, http://www.drroyspencer.com/2013/06/still-epic-fail-73-climate-models-vs-measurements-running-5-year-means/ 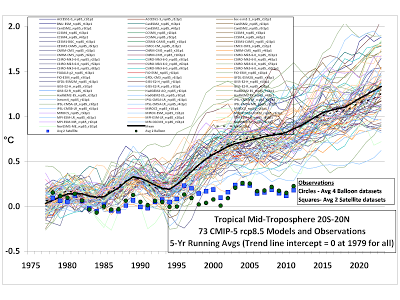 Nonoy Oplas Global sea surface temperature (SST) anomaly, composite for all oceans (Pacific, Atlantic, Arctic, Indian, etc.) and seas in the planet, been mostly in the cooling territory for the past 3 years now, http://www.drroyspencer.com/2013/06/global-microwave-sst-update-for-may-2013-0-01-deg-c/ 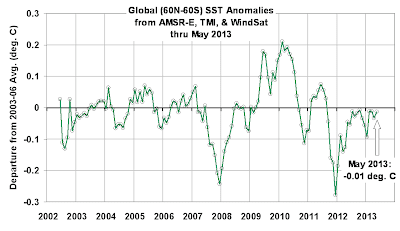 Cheryl  Minnesota's winter lasted 8 months. They say this was the worst winter. I am now in Calgary which was hit by a flood yesterday. And yet, the right insists that climate change is a hoax so there is no need to change lifestyles.

Virgilio  The world IS flat!

Lino  I don't know how some people can still deny that climate change is a reality!

Hedwig  Friend's garage in Geneva was flooded, too.

Sammy  from globalized disaster and calamities, towards globalized resistance against perpetrators of climate crisis...

Nonoy Oplas CC is true. Climate changes from warming to cooling to warming to cooling. In endless, natural cycles. Global warming was true, it did happen -- Roman period, Medieval Warm Period (MWP), last century's warming. Global cooling is also true, it did happen -- little ice age (LIA) during the Maundeer Minimum and Dalton Minimum, and is happening now.
So the term "climate denier" is an idiotic and stupid statement. CC is true, warming is over, it's now cooling. But some scammers do not want to recognize cooling, only warming. They do not want to recognize "nature made" CC, only "man-made" CC. 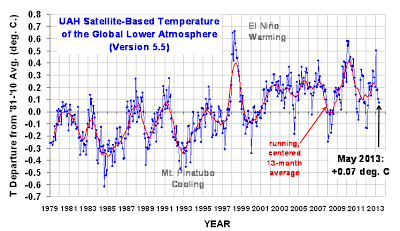 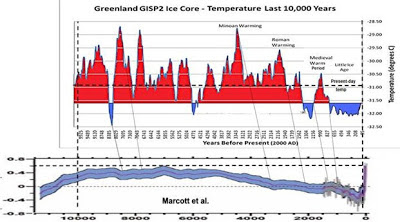 Again, the terms "climate denier" and "warming denier" are stupid and idiotic statements. Scammers who benefit from oodles of climate money would want to perpetuate that urban legend.
--------- 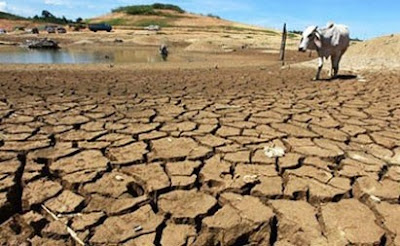 Eugene Dy What is warming is their pockets.

Nonoy Oplas Even if ALL the climate models, guesses and projections by the UN IPCC, WWF, etc. of an "ever-warming planet" are proven to be ALL false and wrong, data from 1975-2013,  http://www.drroyspencer.com/2013/06/still-epic-fail-73-climate-models-vs-measurements-running-5-year-means/

The "man-made" or anthropogenic GW/CC is religion and faith-based. Even if hard data show that the claim is wrong, people simply close their eyes to data and continue believing in it. The priests make lots of money, billions and trillions of money, milking taxpayers and energy consumers.

Citos Buenaventura This is what I wonder about Noy, is there a vested anti-development agenda in the global warming farce? After all, it did cost billions to fund all the research with little and sometimes negative impact on the source of those funds (western governments).”

Nonoy Oplas Yes, the UN bureaucrats in the past few decades up to the present, wanted global ecological central planning or simply global environmental socialism. They can tell people what kind of power plants they can have and what they cannot have. How much environmental taxes to collect from corporations and individuals, how much subsidies to give to crony power companies. They conduct many global climate junkets and preparatory meetings every year in expensive resorts, tagging along thousands of environmental bureaucrats, politicians and other NGO and academic rent seekers. It's a large-scale robbery scheme.

And the WB, ADB, School of Governments, etc., they campaign anti-corruption when they are among the propagators of this large-scale corruption of science and energy policies.

See the discrepancy between ever-rising CO2 in the atmosphere and a flat-lining, slowly declining global air temperature data, especially for the period January 2002 to May 2013,http://friendsofscience.org/assets/documents/FOS%20Essay/GlobalTroposphereTemperaturesAverage.jpg

Authored by a friend, global snow cover, North and South Hemisphere combined, has been increasing. Period from 1967-2013, http://wattsupwiththat.com/2013/06/19/vanishing-snow-should-there-be-a-law/

Todd Foster Because extreme increases in the price of energy would in no way hurt the Philippines aspirations to catch up to the rest of Asia, and the west for that matter?

Nonoy Oplas On the other hand Todd, the price of some energy sources like coal is flat-lining if not declining, as the industrial world are shifting to more abundant, much much cheaper shale gas. Cheap, reliable power sources is an important ingredient for a poor economy to develop and industrialize. Even small shops and restaurants are reeling from high electricity rates or from frequent brown outs.

Todd Foster Isn't the World Bank, in a round about way, calling for extreme taxation of coal? I've read about brownouts increasing...and "environmentalists" cheering on this, while trying to quash the building of new power plants, to fuel a 7% growth rate. The way I read articles like this is fat western bureaucrats calling for keeping countries like the Philippines down. The bemoan more and more Filipinos living comfortable lives, using more energy to do so, while they themselves would never lower their own standards of living.

Nonoy Oplas I think it's the Greenpeace and WWF, not the WB, calling for higher taxation of coal power, and subsidizing crony power sources and companies like wind and solar. Meanwhile, here's a good paper about the heavily-demonized CO2 coming from fossil fuel and coal power plants. The author is arguing that such attitude is wrong as CO2 is a useful gas, 4 illustrations here, http://wattsupwiththat.com/2011/01/06/co2-is-plant-food-clean-coal-say-watt/ 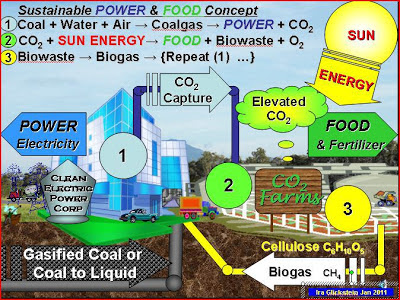