Global ranking of my 5 blogs

Update, as of today from alexa.com:

So after nearly 2 months, this blog has improved its global rank by nearly 600k, seanet2 has improved by nearly 900k, while travelpinoy has declined significantly by 11 million.
----------

I have eight blogs, four in blogger.com and another four in wordpress.com. Five of them have global ranks in alexa.com. There are perhaps hundreds of millions of blogs and websites worldwide, both in English and in other languages, many of these don't have any global rank.

This blog used to have global rank of 3+ million last year. It fell to 8.8+ million. All rankings as of today. 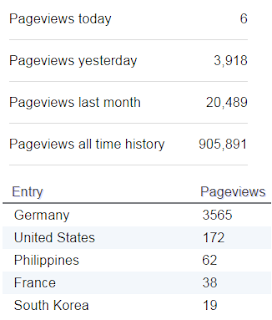 Yesterday, this blog experienced a surge in page views. From an average of around 400 per day last month and 550 per day this month, it went up to 3,918. The surge came from viewers in Germany. Thanks guys.

This screen shot I took around 8:30am today.

SEANET2 blog also experienced a surge in viewership this month. From an average of around 350 views per month the past 3 months, this month it's nearly 800. Audience, many are from Venezuela. 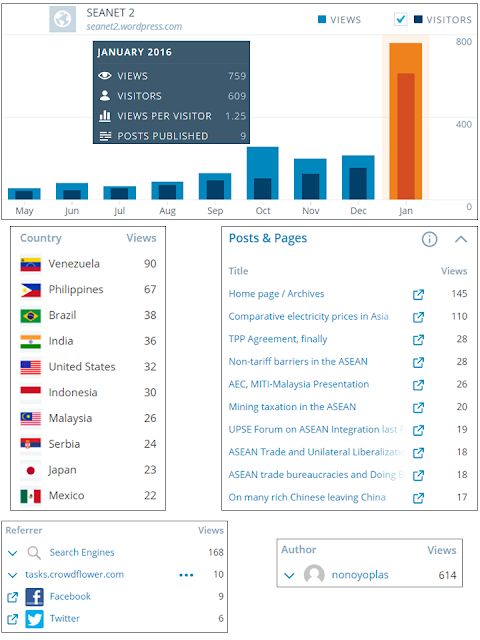 My three other blogs which have no global rank in alexa.com yet are the following:

(6) https://electricityasia.wordpress.com/, about energy and electricity issues in the Philippines and other Asian economies, plus some postings on energy policies in Europe and the US. It also experienced a surge in viewership this month. 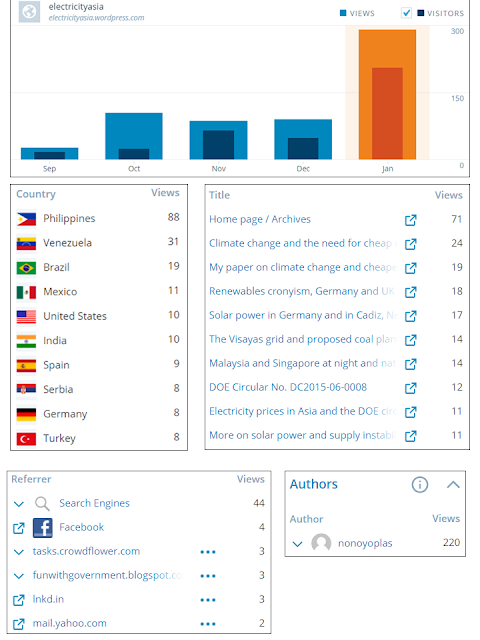 (7) https://ipinasia.wordpress.com/, about intellectual property (IP) issues in Asia, other countries outside the continent.

(8) http://rotarianpinoy.blogspot.com/, some rotary notes about our club and RI District 3830.