Adam Smith (1723-1790) was a Scottish philosopher known for his treatise on “invisible hand” welfare effect of the market system. He was the author of two classic works, The Theory of Moral Sentiments (1759) and The Wealth of Nations (1776). 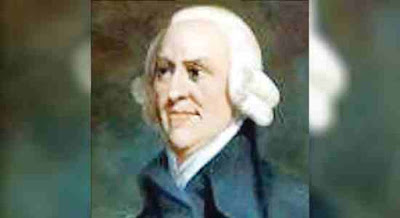 Smith and David Ricardo, along with the earlier thinker John Locke, were considered the “Fathers” of classical liberal philosophy and political economy.

Jovito R. Salonga (1920-2016) was a top-caliber Filipino lawyer, legislator, statesman, and civil society leader. With a string of law degrees (Bachelor, Masters, Doctorate) from the University of the Philippines, Harvard Law School and Yale University, and string of top notch victory in three Senatorial elections (1965, 1971, 1987). 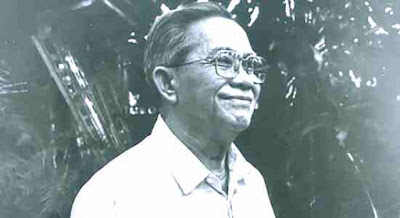 There are some similarities in the ideas and writings of Adam Smith and Senator Salonga, especially on the role and purpose of government.

In the famous work, The Wealth of Nations (1776), Book IV, Chapter IX, Adam Smith argued towards the end that individual freedom in pursuit of personal happiness and advancement should be respected, and government should be lean and minimal, its function is focused or limited to protect such individual freedom from violence (local or foreign) and injustice, and to secure public goods like infrastructures.

“Every man, as long as he does not violate the laws of justice, is left perfectly free to pursue his own interest his own way, and to bring both his industry and capital into competition with those of any other man, or order of men. The sovereign is completely discharged from a duty, in the attempting to perform which he must always be exposed to innumerable delusions, and for the proper performance of which no human wisdom or knowledge could ever be sufficient; the duty of superintending the industry of private people, and of directing it towards the employments most suitable to the interest of the society.

“According to the system of natural liberty, the sovereign has only three duties to attend to; three duties of great importance, indeed, but plain and intelligible to common understandings: first, the duty of protecting the society from violence and invasion of other independent societies; secondly, the duty of protecting, as far as possible, every member of the society from the injustice or oppression of every other member of it, or the duty of establishing an exact administration of justice; and, thirdly, the duty of erecting and maintaining certain public works and certain public institutions which it can never be for the interest of any individual, or small number of individuals, to erect and maintain...”

In a public lecture at UP Diliman on “Good Government,” July 3, 1962, Sen. Salonga argued that an important function of government is to guarantee a minimum standard of social without sacrificing individual freedom for personal advancement. He wrote,

“(T)he preservation of a minimal standard of order is basic in any organized society; without order, one cannot enjoy the essentials of life with some kind of assurance that someone will not deprive him by force of it. But too much stress on order may mean the dissipation of freedom -- the freedom to pursue our respective occupations, the freedom to trade and engage in business, the freedom to inquire and to know, the freedom to seek truth according to our best lights, the freedom to speak and to worship and to believe. Law, then, in a free society of tree men is a system of reconciliation -- the reconciliation of order with liberty, and it is for this reason that I defined law earlier as a system of ordered liberty, a system where there is security and where individual dignity and worth is recognized.

A Good Government, therefore, seeks to achieve order with freedom, security with human dignity. And at the very least, human dignity means a more equitable distribution of the basic values and goods of society wealth and power, knowledge and respect.”

On the rule of law and not rule of men, the good Senator wrote,

“It is often said that in a democracy the government is one of laws and not of men. The meaning is that the mighty and the weak should be under the law, with equal rights and equal protection. Justice is blind, without regard to whether one is poor or lowly. This is all fine and good, except for the fact that laws are made by men, interpreted by men, and administered by men. And as long as this is so, justice cannot be blind.”

When he retired from politics after he lost in the presidential elections in 1992, Sen. Salonga turned his sights on civil society work. In his Ramon Magsaysay Award Lecture, Aug.30, 2007, he wrote,

“After one term as a congressman and three terms as a senator, I retired from partisan politics in 1992 -- indeed I am no longer an active member of the Liberal Party, since my active involvement in civil society. I founded and organized Kilosbayan in 1993, mainly to arouse public interest and participation in important questions of public policy, in light of the right of the people to their own governance and on the basis of civilized norms of morality, justice, truth and ethics.

“On Recto Day, Feb. 8, 2000, ex-Secretary of Justice and ex-Ambassador Sedfrey A. Ordoñez and I founded and organized Bantay Katarungan, an NGO, to help improve and modernize our system of justice in the Philippines, with the help of young students of idealism and competence from the best law schools in Metro Manila...”

The good senator was known for advancing the rule of law, of having a well-functioning administration of justice, and not for advancing populism and welfarism, entitlement and citizen-dependence on the state. He was the principal author of the Code of Conduct and Ethical Standards for Government Workers, the law defining plunder as a crime, many others.

That makes him a cut above the average or almost all current breed of politicians and legislators, even among many NGOs and civil society leaders.

There are many things, many social measures and actions that can be done by self-reliant citizens and independent civil society organizations and do not need legislation and national coercion. That is the implicit message of the Senator when he and his friends formed KilosBayan (Citizens Action) and Bantay Katarungan (Sentinel of Justice).

Adam Smith has re-ignited the ideals of citizen self-reliance, freedom and responsibility, and limited government focused on securing the rule of law, two and a half centuries ago. Senator Salonga supported those ideals half century ago. Thank you, Sir.

We still have to find that new breed of politicians in the country who can follow the intellectual persuasion and integrity stamina of the Senator. Politicians who are not using political populism and welfarism to bribe voters’ support and instead, highlight the important role of having the rule of law in protecting citizens self-reliance, entrepreneurship and innovation, their private property and their right to liberty and self-expression.