IPR and Innovation 33, More on the panel on property rights, ALF 2016

Reposting this report by Yogi Nair, a summary of the panel discussion on property rights.
----------- 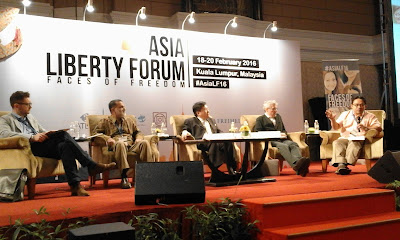 Mr Lorenzo Montanari from Property Rights Alliance (PRA) began the session by proclaiming that “property rights are human rights.” PRA helps develop the International Property Rights Index (IPRI), which ranks countries according to the level of protection which is afforded to physical and intellectual property. Based on the IPRI, Mr Montanari demonstrated the significant correlation between stronger property rights protection with greater economic growth rates and average income levels.

Barun Mitra of Liberty Institute, spoke about the connection between the lack of property rights protection with the prevalence of poverty. Mr Barun said that poverty in India is so widespread, because there are insufficient laws to protect the rights of the poor. As a result, the poor are often unable to capitalise on their assets. India’s original constitution recognised property as a fundamental constitutional right. Unfortunately, in 1978, this provision was removed. 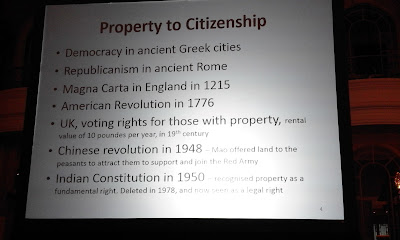 In advocating for stronger property rights, Mr Barun encourages local communities to develop a spirit of entrepreneurship on their own. These include the cultivation of their own land and construction of new community buildings. Such initiatives do much to ameliorate the ill effects of weak property rights for the poor in India. “Let’s make intellectual property rights the issue of the century.”

With a particular focus on intellectual property, Dr Kriengsak Chareonwongsak spoke next about the reasons why developing countries often lag behind developed ones. These include high levels of corruption, poor enforcement of laws, and incompetence of public servants in government institutions when dealing with intellectual property rights issues. As a result of such deficiencies, vibrant innovation is often missing from developing nations, as many would-be innovators see no prospect of maintaining ownership over their work. 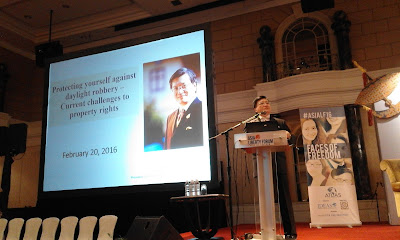 One solution that Dr Kriengsak proposes is that governments include private research as public goods. He opines that this will persuade governments to appreciate innovation, because they are paying for it. This would also prevent ‘stealing’ from other countries and competitors through legal processes. More importantly, such a strategy will also give the poor equal access to those intellectual resources.

In the final segment of this panel discussion, Julian Morris of Reason Foundation examined the importance of trademarks. He said that trademarks matter, as it facilitates identification and helps protect consumers against fraud. Furthermore, trademarks enable more effective product differentiation, thus helping producers build stronger reputations – which in turn drives innovation that improves quality and efficiency.

Mr Morris also pointed out that trademarks are immensely valuable; the top ten trademarks in the world alone are worth over half a trillion dollars. In recent times however, trademarks have come under threat. Inappropriate classifications may result in the registration of identical trademarks by different producers for identical goods. Weak enforcement has also lead to mass theft of trademarks by local producers in developing countries, such as in the case of Lacoste’s famous crocodile. Results from poor enforcement can sometimes be deadly, particularly in the case of counterfeit medicines. 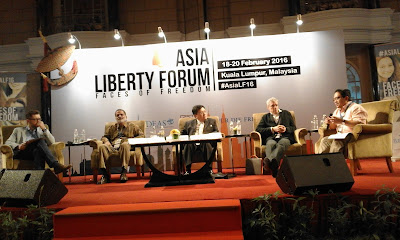 Mr Morris said that such threats can be resolved through a more refined classification system worldwide, the legislation of harsher punishments for violations of trademarks, and the removal of regulations that undermine trademarks, such as plain packaging.