A lazy Sunday, back to some math humor :-) 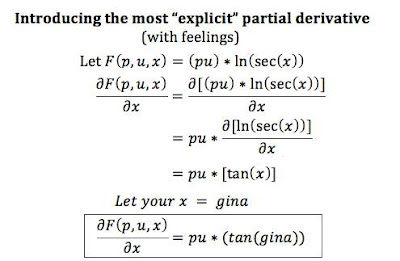 For non-Filipino readers, the last equation, right hand side means sob.
An engineer-economist friend commented that "pilit ang humor" because of the x = gina.
hehe, true, it was "coerced" to produce some funny conclusion. Just for fun.

Below, scattered memes and equations I  got  from  the  web. Witty and funny, like the infinity vs. 5, drink and derive. 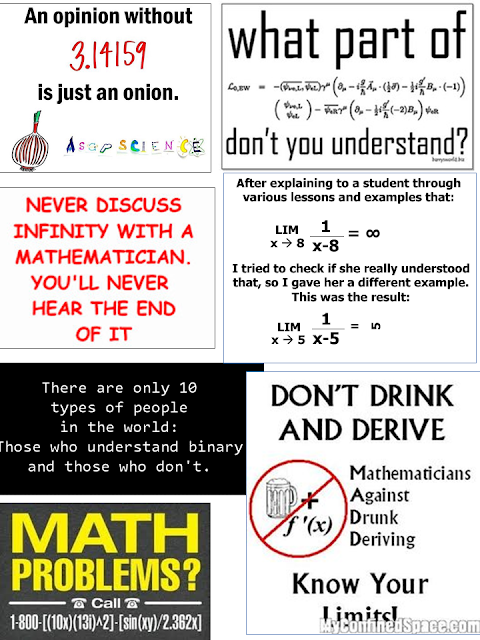 And the obtuse triangle, the  square of 3 and cube of 3. A pi has an endless decimal, so very witty to say to get its last 4 digits. 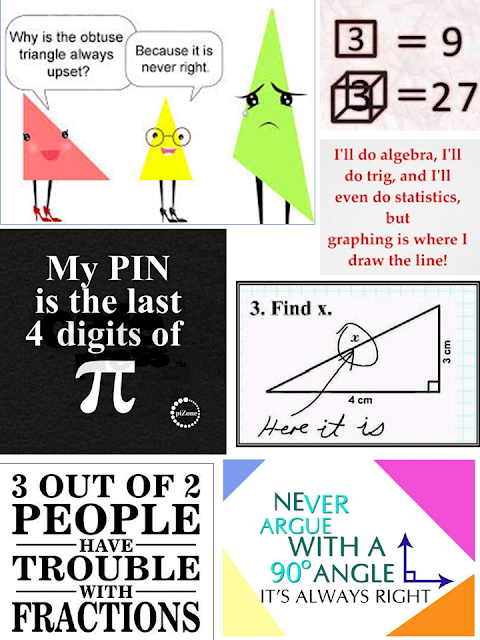 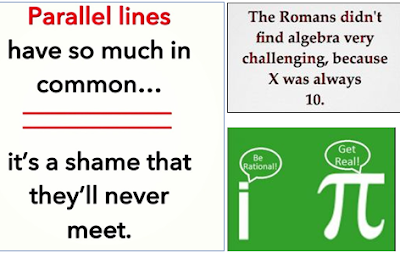