Energy 59, Cheap oil and the OFWs

Last week, I was invited by Kapatiran DLSU, a student organization, plus some development studies classes, to speak on this subject. 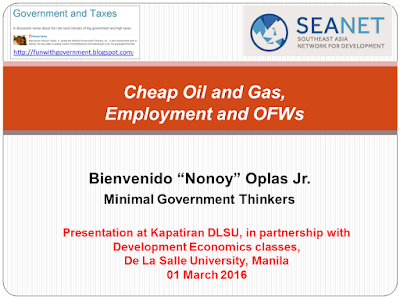 My presentation was divided into two parts, with an open forum after Part 1, before proceeding to Part 2. 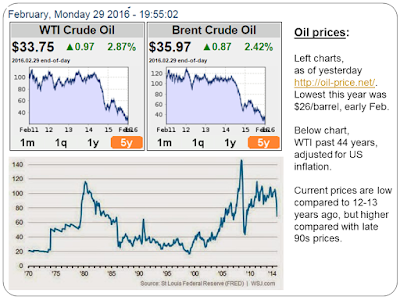 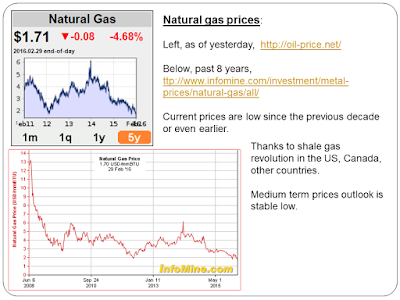 Glut in oil storage is mainly due to fast growth in US shale oil output, from 5-6 M bpd in the previous decade to current 9+ M bpd. An  interesting chart below -- as the number of shale rigs decline, output increases. Meaning only high output rigs are running while the smaller output rigs are closed, temporarily. 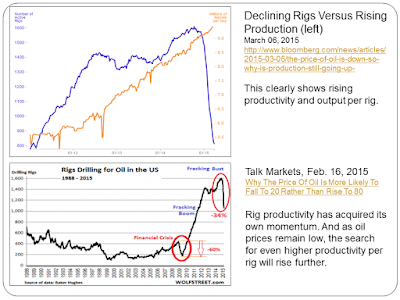 US and global demand stabilizing while supply keeps expanding, meaning the supply curve moves to the right. The decline in prices (from P1 to P2) is much larger than the increase in output from Q1 to Q2. 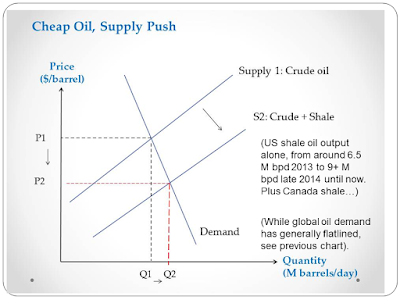 Yes, no mercy for both Saudi and non-OPEC oil exporters. Both did not cut their output. The uncompleted fracking wells are just closed temporarily. 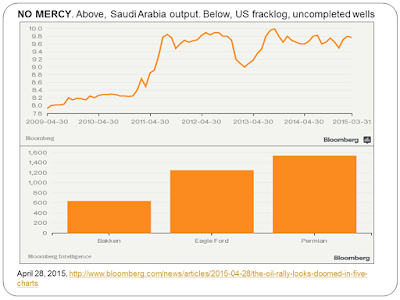 U.S. crude oil production (including lease condensate) increased during 2014 by 1.2 million barrels per day (bbl/d) to 8.7 million bbl/d, the largest volume increase since recordkeeping began in 1900. On a percentage basis, output in 2014 increased by 16.2%, the highest growth rate since 1940. 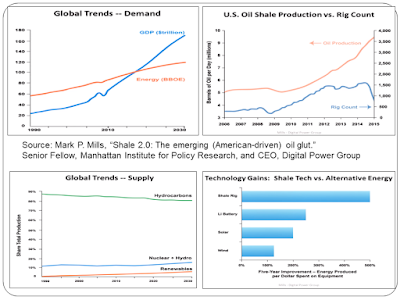 If already low nominal  prices are deflated or adjusted for inflatio  in to get real prices, it’s down to $20, $17 a barrel.

The same story can be said  of natural  gas. The number of shale gas rigs is declining but the overall output is rising. 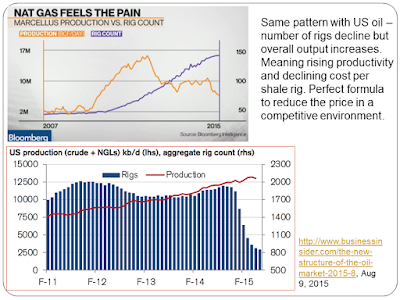 * Cheap oil though has negative effect on many OFWs based in Saudi Arabia and UAE.

* Cheap oil hurts dictatorial governments more, many of them in OPEC. Like Saudi Arabia, Iran, Venezuela. Also outside OPEC like Russia.

* Global capitalist competition is good. OPEC oil vs. Russia oil vs. US shale oil and gas vs. others

* Medium term outlook, cheap oil will stay. Something like $40/barrel average for the next few years. 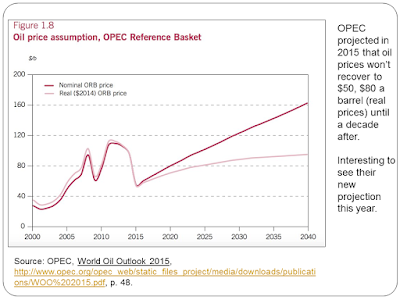 The  open forum questions centered on the medium term outlook, for how long is cheap oil going to be sustained. Then I continued in Part 2. 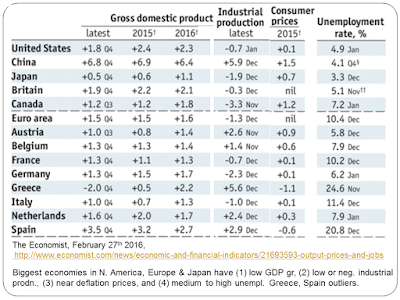 Notice that unemployment rate in rich and middle class economies have tapered off, somehow. Meaning the feared dislocation of workers from oil-dependent sectors and sub-sectors could be bloated. 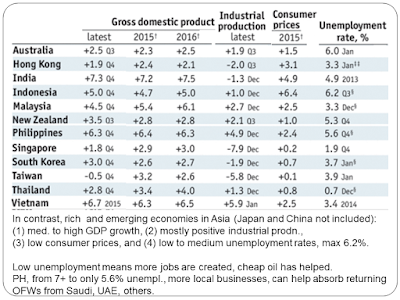 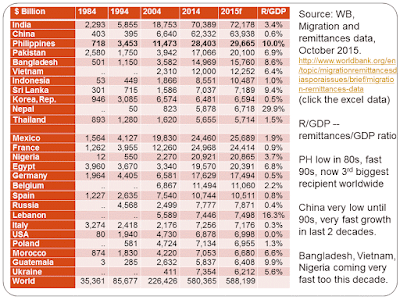 Fiscal effect on Saudi Arabia -- from budget surplus to budget deficit, rising from $14 B in 2014 to $98 B in 2015, highest in Saudi’s fiscal history, despite significant spending cuts. Meaning lower budget for public health, social sectors, physical  infrastructures, etc. Both direct and indirect spending (via private contractors and suppliers). 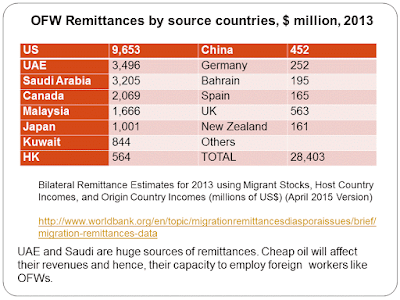 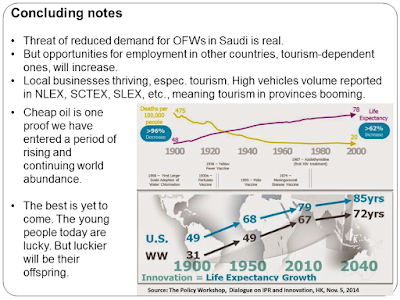 I think one indicator if there are indeed "so many" displaced workers now back in the country is the volume of vehicle traffic at NLEX, SCTEX, SLEX. If there is high increase in vehicle volume in 2014 vs 2015, that means more motorists are driving more frequently, the tourism sector in many provinces in Luzon -- and the rest of the  country -- is booming, thanks to cheap oil.

Governments should not introduce new oil taxes or raise existing ones because that would mean lesser freedom and mobility for the people.