When classical liberalism -- more individual freedom and personal responsibility, free trade, minimal government, and rule of law -- was formulated in Europe more than three centuries ago, the philosophy was caught by some Filipino intellectuals two centuries later. Not the entire philosophy but portions of it, like the people’s freedom of expression and assembly and freedom from (Spanish) colonialism.

Politically, portions of the philosophy were adopted by some Filipino politicians when they formed the Liberal Party after World War II, coming from the “liberal faction” of the dominant Nacionalista Party. Nationalism was the natural evolution of Philippine society after experiencing Spanish and American colonialism.

On March 10, 2016, the oldest living great statesman of the Liberal Party, former Senator Jovito “Jovy” R. Salonga (1920-2016) passed away. The man was so respected by many sectors of Philippine society mainly because of his intellectual prowess and excellent academic achievements: a law degree from the University of the Philippines (UP), Bar topnotcher in 1944 (tied with his friend and ally Jose W. Diokno), a Masters in Law from Harvard Law School, a Doctorate in Law from Yale University, and a Doctor of Laws Honoris Causa from UP.

Owing to these achievements plus his integrity, Salonga topped three elections as a senatorial bet despite his lack of huge resources: in pre-Martial Law 1965, in post-Plaza Miranda bombing in 1971, and post-Edsa Revolution in 1987, where he later became a Senate President.

Nearly three centuries before Sen. Salonga was born, the recognized “Father of (classical) Liberalism,” John Locke (1632-1704), an English philosopher and one of the great thinkers of the “social contract theory” was born. 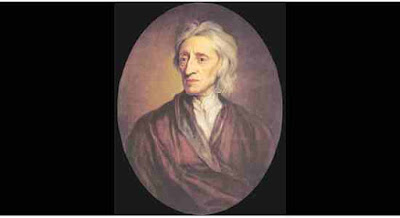 There are some similarities in the ideas and writings of John Locke and Jovy Salonga on some topics. Two topics will be discussed here.

ROLE, PURPOSE OF GOVERNMENT
In a major work, Two Treatises of Government (1680-1690), Book II, Chapter 9, “Of the Ends of Political Society and Government,” John Locke argued that the main purpose of creating a government was to protect private property and have a rule of law. He wrote: “The great and chief end, therefore, of men uniting into commonwealths, and putting themselves under government, is the preservation of their property; to which in the state of Nature there are many things wanting.

“Firstly, there wants an established, settled, known law, received and allowed by common consent to be the standard of right and wrong, and the common measure to decide all controversies between them.

“Secondly, in the state of Nature there wants a known and indifferent judge, with authority to determine all differences according to the established law.

“Thirdly, in the state of Nature there often wants power to back and support the sentence when right, and to give it due execution....

“For in the state of Nature to omit the liberty he has of innocent delights, a man has two powers...

“The first power -- viz., of doing whatsoever he thought fit for the preservation of himself and the rest of mankind, he gives up to be regulated by laws made by the society...

“Secondly, the power of punishing he wholly gives up, and engages his natural force, which he might before employ in the execution of the law of Nature, by his own single authority, as he thought fit, to assist the executive power of the society as the law thereof shall require.

On the rule of law and not rule of men, John Locke continued:

“And so, whoever has the legislative or supreme power of any commonwealth, is bound to govern by established standing laws, promulgated and known to the people, and not by extemporary decrees, by indifferent and upright judges, who are to decide controversies by those laws; and to employ the force of the community at home only in the execution of such laws, or abroad to prevent or redress foreign injuries and secure the community from inroads and invasion. And all this to be directed to no other end but the peace, safety, and public good of the people.”

In his lecture at UP Diliman on “Good Government,” July 3, 1962, he argued that a responsive government is more than honest and efficient administration, but more importantly, one that promotes and respects social order and individual liberty. He wrote:

“What is a good government? Is it necessarily a government where the mass of public servants are honest and efficient? To my mind, this is not enough for in Italy and Germany during the war years, the great many were honest and efficient. In fact, during the tragic days of Mussolini, the trains in Italy ran on time as never before. The Nazi concentration camp system in Germany was a model of hideous efficiency, It may well be that in Soviet Russia today, the bulk of public servants are honest, dedicated and efficient -- even more so than in many places in the free world.”

And so, when we talk about good government, we should be careful when we discuss it in the context of a free society of free people. In such a society, the law is more than just a set of rules and decrees; it is a system of ordered liberty.

Now, that would involve us, it would seem, in some kind of internal contradiction. Order and liberty are concepts that are apparently inconsistent, when you have nothing but order, you have the makings of a garrison state and may eventually achieve what has been correctly phrased as “the unanimity of the graveyard.” When you have nothing but liberty, so that everyone is free to do what he pleases, you have no more and no less than anarchy and chaos. The eventual result is the rule of the strong over the weak -- which means loss of liberty itself. One is just as bad as the other.

EDUCATION AND GOVERNMENT
In his book, Some Thoughts Concerning Education (1693), Sections 91 -- 100, John Locke suggested that good breeding of grace and politeness of the governor, the tutor and the pupil, wrote,

“To form a young gentleman as he should be, ’tis fit his governor should himself be well-bred, understanding the ways of carriage and measures of civility in all the variety of persons, times, and places; and keep his pupil, as much as his age requires, constantly to the observation of them.... Without good breeding his other accomplishments make him pass but for proud, conceited, vain, or foolish.

“Courage in an ill-bred man has the air and escapes not the opinion of brutality: Learning becomes pedantry; wit, buffoonery; plainness, rusticity; good nature, fawning.

“Wherefore it is necessary that this part should be the governor’s principal care, that an habitual gracefulness, and politeness in all his carriage, may be settled in his charge, as much as may be, before he goes out of his hands.... The tutor therefore ought in the first place to be well-bred: and a young gentleman, who gets this one qualification from his governor, sets out with great advantage.”

In his speech, “The Educated Man,” delivered at Silliman University, Dumaguete City, Aug. 28, 1964, Sen. Salonga argued that the educated man is one who has a well-bred and meaningful life. He wrote,

“The educated man lives this kind of a life, because he has opened the windows of his mind to great thoughts and ennobling ideas; because he is not imprisoned by the printed page, but chooses to make a relentless, rigorous analysis and evaluation of everything he reads; because he is less interested in the accumulation of degrees than in the stimulation of his mind and the cultivation of a generous spirit; because his interest is less in knowing who is right but more importantly, in discerning what is right and defending it with all the resources at his command; because he can express himself clearly and logically, with precision and grace; because he is not awed by authority, but is humble enough to recognize that his best judgment is imperfect and may well be tainted by error or pride; because he has a deep reverence for the inherent worth and dignity of every human being, as a creature of God; because he has a healthy sense of values, a breadth of outlook and the depth of compassion which a purposeful education generates; because whenever he talks about good government he is prepared and willing to sacrifice himself for it; and because he lives a life of relevance to the world in which we live, a sharing in the problems of his time and doing whatever he can with intelligence and fairness and understanding.”

Our public policies, laws, and legislators have long been corrupted by the convenience of populism and welfarism, which is a shortcut to bribe voters’ support and justify high and multiple taxes, fees, fines, mandatory contributions and other forms of government regulations and intervention.

The spirit of more personal and parental/guardian responsibility in raising and educating children has been corrupted by more government responsibility in this aspect of the people’s lives. Thus, a culture of state-dependence instead of self-reliance, a culture of entitlement, and social expectation instead of independent citizenship, have been molded in the minds of both parents and children.

John Locke has lighted the candle of more individual liberty and rule of law as primary function of government more than three centuries ago. Sen. Salonga has also shared the same ideals half a century ago.

Thank you, good Senator. The current generation of thinkers and individuals should take the challenge of being free, self-reliant citizens, not people seeking entitlements and dependent on the state.

Bienvenido S. Oplas, Jr. is the head of Minimal Government Thinkers, a Fellow of the South East Asia Network for Development (SEANET), and a member of the Economic Freedom Network (EFN) Asia. All three entities believe in classical liberalism philosophy. minimalgovernment@gmail.com
-----------