Myanmar is back to civilian government, after half century

While Thailand moved from civilian to military government, Myanmar moved from military (for more than half century) to civilian government. Congrats Myanmar people.

A friend suggested that Myanmar will be back to military dictatorship in 6 months and noted that Su Kyi refuses to acknowledge the persecuted Rohingya crisis.

Being a "rational optimist", I believe that if ever Myanmar will go back to a military dictatorship, it will be a 2 steps forward, 1 step backward, and hence, the civilian government -- with all its warts and imperfections -- will prevail. Meanwhile, it is true that Su Kyi is silent on the Rohingya issue. Now that her buddy is in power, let us see how they will deal with this issue.

There should be some credit to the ASEAN efforts at promoting human rights. Myanmar's generals and dictators dislike human rights protection. But being with the ASEAN for many years and seeing other countries in the region that are under civilian leadership and things are fine, no frequent riots or demonstrations when there is civilian supremacy over the military, the military softened and allowed elections and they were defeated.

Compare the state of human rights respect or violation, South East Asia vs South Asia or Middle East or Africa or S. America, SE Asia is better. Here in the PH for instance, things are not exactly heavenly but freedom of speech is more protected, almost anyone can curse the President or legislators or the Supreme Court, etc. without going to jail.

There are still remnants of the military dictatorship, but there are changes. From nearly 100% to 25% military presence in the Parliament, that is still an improvement.

"A key challenge for Suu Kyi's administration will be maintaining smooth relations with a military that locked her and many of her colleagues up for years.

The charter ring fences a quarter of parliamentary seats to unelected soldiers and gives the army chief control over the home affairs, border and defense ministries -- and with it sweeping powers over the civil service." http://interaksyon.com/.../suu-kyi-aide-htin-kyaw-sworn... 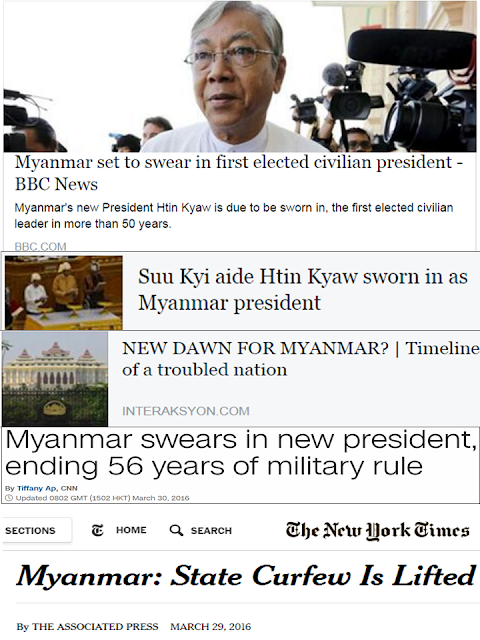 From my article in BusinessWorld today. 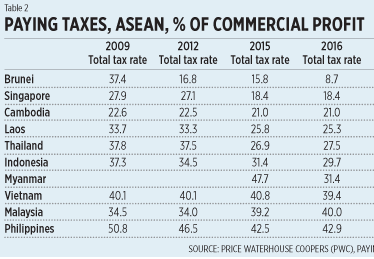 Finally, I believe that the Thai military dictatorship won't last long. They should be gone from power within two years or less.
---------