During the Asia Liberty Forum (ALF) last February 18-20, 2016 in Kuala Lumpur, one session at the Freedom Dinner was a toast to the "Lost Heroes of Liberty". These are known free market and freedom leaders who passed away in 2015, and few years ago in the case of Aslam Effendi. Baishali Boomjan of the Center for Civil Society (CCS, India), among the key organizers of the conference, asked me to be one of the presenters, I accepted.

The presenters that night and the lost heroes they briefly discussed (about 3 minutes toast) were:

Below was my short discussion about

Douglass North was an American economic historian who shared the 1993 Nobel Prize in economics with Robert Fogel. The Prize was given “for having renewed research in economic history by applying economic theory and quantitative methods in order to explain economic and institutional change.”

North asked how it is that some countries rich while others remained poor. Thus his contribution was he “Shed new light on the economic development in Europe and the United States before and in connection with the industrial revolution. He emphasized the role of property rights and institutions.”

According to the Royal Swedish Academy of Sciences, North "has pointed out that economic, political and social factors must be taken into account if we are to understand the development of those institutions that have played a role for economic growth and how these institutions have been affected by ideological and non-economic factors."

In the 70s, North advanced the notion that institutional structures, especially how property rights are handled within a society, made a considerable difference in that society's economic well-being. Institutions are the basic rules of the road in an economy, including formal systems, such as constitutions, laws, taxation, insurance, and market regulations, as well as informal norms of behavior, such as habits, customs, and ideologies. This field of study came to be called “the new institutional economics.”

North showed that England and the Netherlands industrialized more quickly because the guild system, which imposed restrictions on entry and work practices in various occupations, was weaker in those two countries than in other European countries.

Let me illustrate North’s contribution with this graph. 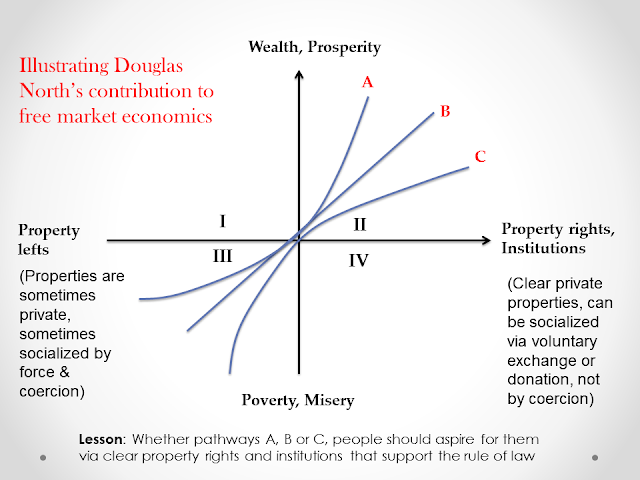 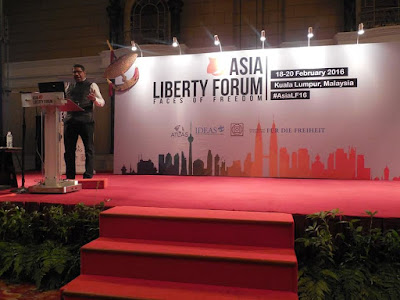 Posted by Bienvenido Oplas Jr at 1:05 AM