I am reposting this short summary of the SEANET meeting in Kuala Lumpur, a day after the 4th Asia Liberty Forum (ALF) ended.
------------

Following the three-day Asia Liberty Forum organised by ATLAS Network, the Centre for Civil Society and the Institute for Democracy and Economic Affairs (IDEAS), the Southeast Asia Network for Development (SEANET) held a workshop for think tank and business leaders, and academicians from around the world. The focus of the workshop was the development of business-friendly regulations in Southeast Asia. 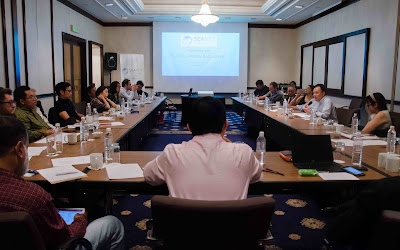 The structure of the workshop was divided into presentations from various experts in free trade, followed by an open discussion between all workshop attendees. Julian Morris, of the Reason Foundation, shared how the introduction of innovative business models, combined with scale-backs on regulations, have led to massive improvements in quality of life, such as the greater travel convenience offered by companies such as GrabCar and Uber. Morris also highlighted how free market innovation has led to market solutions for harmful products, such as alternatives to cigarettes in the form of e-cigarettes. Such examples demonstrate that there are more viable alternatives to aggressive government centralisation.

Following Morris’ presentation, various attendees related of the threats to freedom of choice and the market inefficiencies caused by heavy regulations on tobacco. They mentioned how organisations such as the WHO’s Framework Convention on Tobacco Control (FCTC) are creating a forceful environment where there is an abuse of lawful processes and a neglect of the sovereignty of governments. Le Dang Doanh, an economist from Vietnam, shared how the vast amount of regulations on private sector industries has bred a culture of corruption in Vietnam, where business leaders are coerced to paying off public officials simply to obtain an operation permit. Such regulations have also severely limited the contribution of the private sector to the country’s GDP, which now stands at only 11.2%. 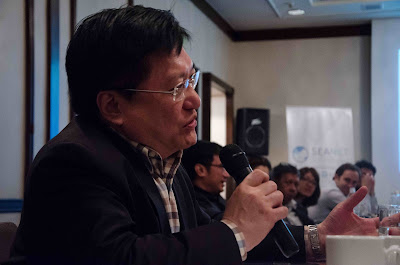 The workshop attendees then shifted gears from the current situation of regulations on businesses to share ideas on advancing the liberal agenda for the future. Sethaput Suthiwart-Narueput, of Thailand Future Foundation, offered three suggestions as to how think tanks can enhance a business friendly environment in their countries.

Firstly, Suthiwart-Narueput emphasised the need to reframe the current debate in a way that is applicable to the Asian context, in that the jargon used and the issues addressed must be localised for Asian societies. In addition, think tanks have to choose their battles and issues carefully, aiming to persuade parties caught in the middle ground rather than battling hard against opposing NGOs or governments. Lastly, there is need for regional collaboration between think tanks in different countries. 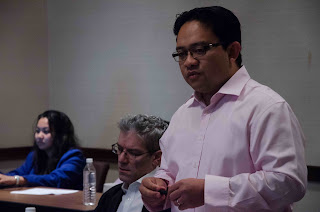 Wan Saiful Wan Jan, CEO of IDEAS, urged businesses and think tanks alike to establish connections with governments so as to open avenues for collaboration for market liberalisation, while Azrul Khalib from IDEAS mentioned the importance of research on the benefits of deregulation in persuading civil society to embrace free market principles. Various participants also pointed out the impact of media in advocating deregulation through applying public pressure on politicians.

In conclusion, the exchange of ideas, experiences and challenges between the diverse body of attendees in this workshop served to reaffirm the importance of collaboration between think tanks, businesses and academic institutions in championing liberal ideals in Southeast Asia.
-------------

Email ThisBlogThis!Share to TwitterShare to FacebookShare to Pinterest
Labels: government bureaucracies, SEANET, WHO