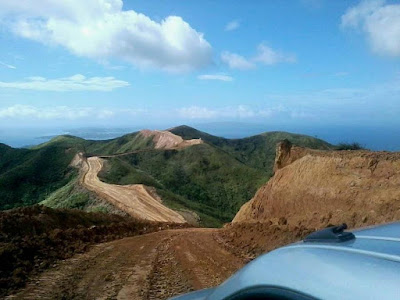 Below, I took this photo last January 01, 2016, on a boat leaving Caticlan port, Aklan, going to Roxas, Oriental Mindoro, on our way back to Manila. A single conventional power plant can be built in just one area. Wind towers have to be built in a wide, long area.

This is from a video campaign of former Sen. Migs Zubiri, promoting wind power. Seems this is the wind farm in Pililla, Rizal. 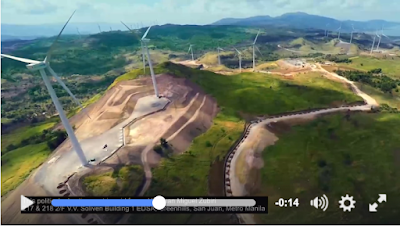 Huge amount of steel and cement are used to build the base of  one wind tower, wide area of a mountain ridge has to be deforested, cleared and flattened. And there are many wind towers to be constructed. 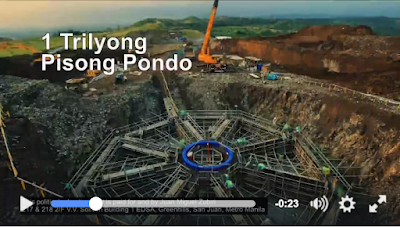 Some recent reports, Germany and UK. 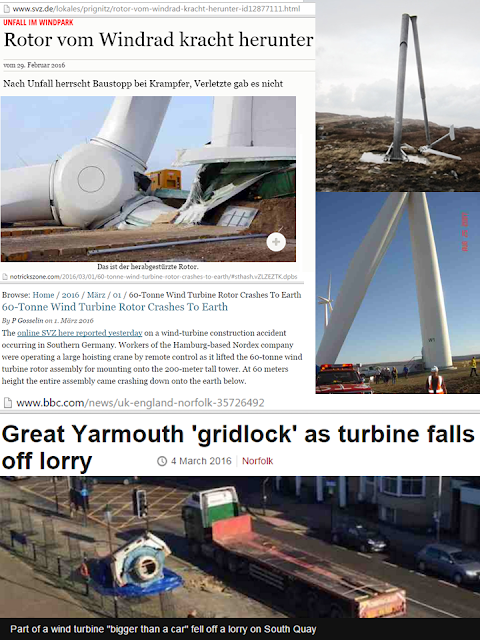 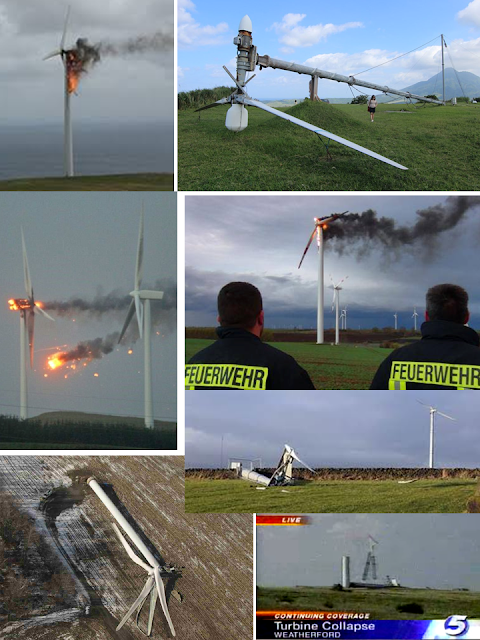 Now you know why if there are wind farms, NO houses, no schools or buildings, no beach resorts or mountain resorts nearby. Those wind blades, turbine and rotors, or the tower itself, can collapse.

And the UN, Al Gore and many national governments worldwide promote wind power as "pro-environment" and various subsidies and expensive electricity are "acceptable and justified." Wow.
------------