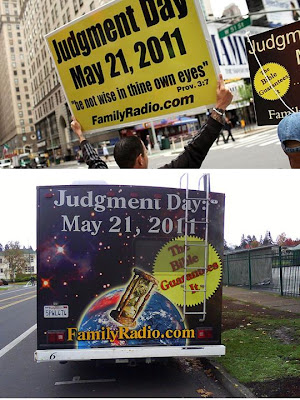 Life is colorful, but not necessarily wonderful. And that is how crackpots in both the private and public sectors arise. Some people simply have the talent to paint the most morbid future scenarios, so morbid and graphic that many people and followers believe them. Like the May 21, 2011 apocalypse-armageddon-doomsday-judgment day.

I did not pay attention to it the past few weeks and days. I a blackhole for all those chain emails (send this to XX number of people, you will have luck; ignore this and you will have bad and despicable future), meaning all such mails that enter my inbox do not see any day of resurrection anywhere else. So I can also be a blackhole for such Armageddon scenarios. 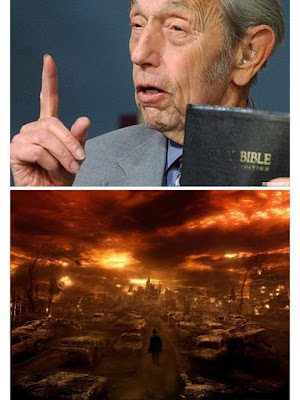 The chief architect of the May 21, 2011 hoax is an 89 years old crackpot in the US, Harold Camping. He was somehow successful in fooling several thousands of Americans and other people abroad, that his "predictions" gained traction in various media and social networking outlets.

But he was the first crackpot to make such doomsday scenario. There were many others in the past. And there will be many others in the future. The UN IPCC, FCCC and other governmental and environmental bodies also have the same crackpot predictions of a planet under heavy flooding, but their predictions are still far away, some 90 years from now, by the end of this century. 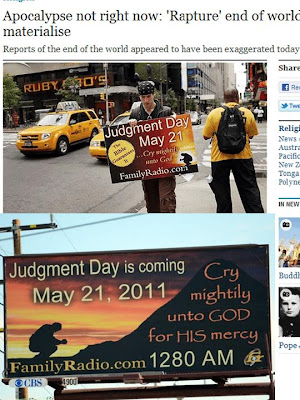 If crackpots at the UN and many governments can do it, so crackpots in the private sector can successfully emerge too. The key, I think, is the ability to scare the public first, to provide what they call "science-based" doomsday forecasts. Once they have fooled and scared the public enough, then the public are easy prey for what those crackpots would tell them what to do.

There is huge fame, international fame, and huge money too, involved in making such doomsday scenarios. While the crackpots at the UN and many governments are more shrewd, making forecasts on a period where they will be long dead, the private crackpots are less shrewd. They set and predict the date of Armageddon just a few years, even a few months ahead. So they are still alive when their holocaust scenarios are disproven. 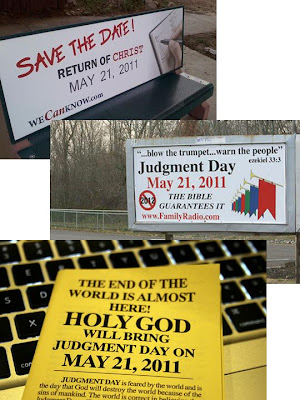 So it's the search for international fame, global power and even huge money, that drives those crackpots. Many governments, with UN and other multilaterals' prodding, have succeeded in creating a distorted world and national economies, where a huge army of non-productive, even destructive bureaucrats, armies and monarchies, siphon off so much resources from the productive people. The economic and social distortion, if not destitution that occurred after, is a good environment for such doomsday crackpots to "swim" and fool more people.

It is impossible to stop those crackpots because they just emerge from somewhere and anywhere, from sometime and anytime. People can only protect themselves by relying on their individual capabilities, talents and ambitions. To save oneself from destitution, one must work hard and be responsible always. Religious crackpots and government bureaucrats have nothing to do with delivering us from destitution.
Posted by Bienvenido Oplas Jr at 10:45 PM

this incident also caused some people to commit suicide including a lady and she took her childrens lifes to.