This is my column today in TV5's news portal. Only one photo was posted there. Additional photos here taken at the Senate hearing that day, plus charts, are not part of the original article.
--------

FAT-FREE ECONOMICS: Why drug pricing bureaucracy is not cool 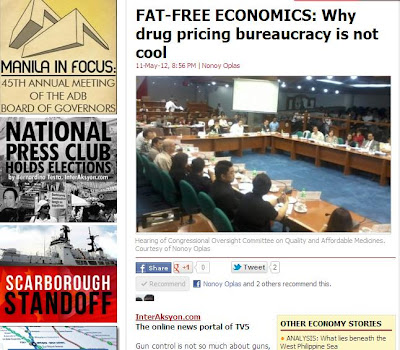 Gun control is not so much about guns, but about government control. In the same way, drug price control is not so much about medicine prices, but about the power of bureaucrats to set prices. Guns can kill, drugs can heal, but government control can corrupt. More power to control something means more opportunity for corruption.

This became clearer to me when I attended the Congressional Oversight Committee on Quality Affordable Medicines at the Senate yesterday. It was chaired by Sen. Manny Villar and co-chaired by Rep. Albert Garcia – both of whom head the Committees on Trade and Commerce in their respective chambers.

The other legislator who attended was Rep. Ferjenel Biron (4th District, Iloilo), the main author of a bill creating the Drug Price Regulation Board (DPRB), of which a counterpart bill was filed by Sen. Villar. Besides the three, no other legislator attended the hearing. The panel of resource speakers represented various interests and groups in the Philippine healthcare sector. 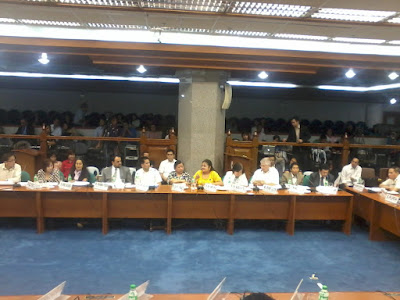 What usually happens in Congress-ional committee hearings is that the legislators tend to over talk while the invited resource speakers can speak only when being called, and can be cut by legislators anytime they want.

Rep. Biron spoke long, glorifying the magic that government price regulation and control can do because “competition does not happen, drug prices here are very high compared to prices in India and Pakistan.” 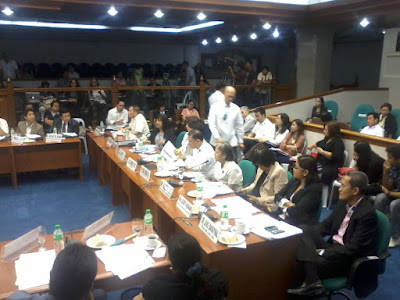 He was citing old figures. India has had a drug price control policy since the mid-1970s but slaps low or zero taxes on medicines. Here, medicines are slapped with import tax, value-added tax and other levies, national and local. That partly explains the price differential between the two countries. But taxation of medicines here never figures in the explanation given by legislators. 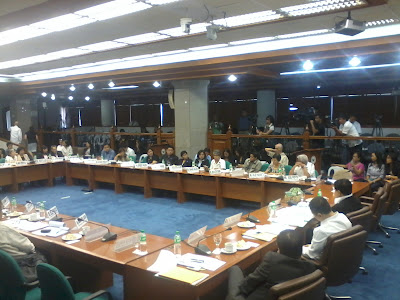 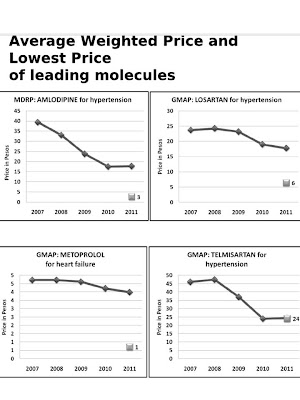 For instance, the price of anti-hypertension drug molecule amlodipine has gone down from around P40 per tablet in 2007 to P33 in 2008 before the price control policy. It further dropped to P29 when price control was imposed, before last year's P18.

A second reason it's wrong to say that poor people cannot afford essential medicines is that for really poor people, even a P5 tablet is still “expensive and unaffordable”, since they want the government – national and local – to give away the medicines for free.

The Department of Health has identified several medicines as “entitlements,” to be given for free to certain poor patients. Some rich local governments – such as the cities of Manila, Makati and Quezon - have city-owned hospitals and they treat poor patients for free, even give away some medicines for free. This is an example of making essential drugs not just “cheap and affordable” but free for the poor, and even to those pretending to be poor. 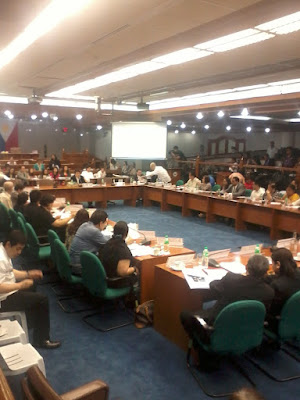 One danger of having a new government bureaucracy that has the power to slap price control on any medicine and vaccine, especially those in the Essential Drugs List (EDL) of the DOH, is that it can be a big tool for corruption and extortion. A corrupt price control bureaucrat for instance can intimidate or harass any pharmaceutical company to pay a huge amount, otherwise their most popular, most saleable drugs will be slapped with a steep tax or voluminous paperwork, thus leading to heavy losses.

The reasons or alibi for regulating prices can be endless. “Millions of Filipinos are waiting and dying out there” is a statement for instance, that I heard at least three times from Rep. Biron during the hearing. So whether people are dying (we all die, right?) from cancer (and there are probably 200+ different types of cancer), various diseases of the heart, cerebrovascular diseases, pneumonia, diabetes, or mosquito-borne diseases (dengue, malaria, etc.), the threat of price control will be on the heads of the pharmaceutical companies.

There is too much discourse on curative healthcare, such as making various medicines cheaper. Preventive healthcare - like having healthy lifestyle (people should not over-smoke, over-drink, over-eat fatty food, over-sit) – is seldom or hardly discussed in many public discourses on healthcare. 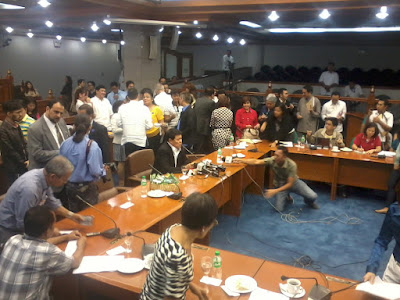 One reason perhaps is that there is no opportunity for extortion and corruption in telling people to lead healthy lifestyles. But there is a big opportunity for extortion and corruption in various types of government intervention in curative healthcare. Like creating a price control bureaucracy, or buying tens of billions of pesos of medicines and clinic/hospital supplies for DOH and LGU hospitals.

Competition among various players, not more regulation by government agencies - whether existing or future bureaucracies - is the best tool to promote public health at the least cost to taxpayers, and invite the least opportunity for robbery among the corrupt officials in government.
----------