After reading my article Fiscal Irresponsibility 23: High Debt and Unemployment and Parliamentarism Hard Sell below, Mr. Orion Perez got ballistic and went tantrums. He posted this in my facebook wall about 10:30pm, May 02, 2012. 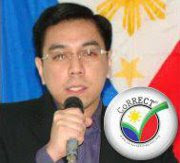 
‎Nonoy Oplas, again
you have proven to the rest of the world that you are really a major NUT-JOB.

You have absolutely zero ability to avoid ad hominems (because whenever I do so to you, it's MERELY IN RETALIATION to the childishness that you always initiate).

You really are a marginal and unrecognized "intellectual wannabe." Your way of getting attention is to use CONFLICTS and blog about them.

That's your style of COERCION.

For me, I don't coerce anyone. I only show the facts as they are and present the evidence. Those who go against that evidence pay the price of looking like fools --> like what happened to you when you showed over atCarlos C Tapang's wall that you didn't know that Starbucks and McDo in the Philippines are FRANCHISES and worse, you proved that you don't even know what a FRANCHISE IS or HOW IT WORKS. Pathetic.

And what do you do? Instead of correcting your deficiencies, YOU BADMOUTH the people who corrected and enlightened you on those areas where you know nothing by libelously slandering them on your blog. Just like your Sith-disciple Froilan. Seems to me he learned this behavior of badmouthing people on his blog from YOU.

Everyone with a brain can see what sort of FOOL you really are, Oplas.

We practical-minded CoRRECT Advocates realize that the Philippines needs all the improvements it can get. Yes, that includes incorporating the same things you are fighting for: Establishing a Free Market and a minimal government system in the Philippines, but we also know that there is the need for Federalism (in order to better enable subsidiarity), as well as the need for a form of government that is better than the Lousy one we currently have.

But you are so mentally-deficient, Oplas. So stupid. So lacking in knowledge, that your pea-sized brain cannot understand that setting up a Free Market Economic System WILL NOT BE ENOUGH and WILL NOT BE SUSTAINED if the structure of the Philippine System remains one which is overly centralized around MANILA, and investors will not be enticed to invest if the political system remains to be the chaotic and inefficient Presidentialist System that we currently have where incompetents easily win elections to the TOP SPOT (the president) due to the personality-based popularity and celebrity-based system that is the main feature of Presidentialism.

Your inability to see how Parliamentary Systems are CETERIS PARIBUS superior to Presidential Systems in fostering Economic Development is a testament to your colossally-infamous lack of knowledge and active disdain for learning new things.

To everyone who sees this:

Behold the kind of dirt-bag this fake economist NONOY OPLAS is. Instead of slugging it out with me mano-a-mano on this discussion thread, his favorite "secret weapon" is to BADMOUTH ME by writing hate-blogs.

Perhaps the intellectually-deficient juvenile "lolo" does not know anything about LIBEL and SLANDER.

Just the same, his actions show exactly what sort of miserable creature he is.

...especially if one takes note of the fact that all this ILL-WILL that Nonoy Oplas has initiated against me (where all I've done is to retaliate against his unfair attacks) was his way of repaying my KINDNESS and GOODWILL when I brokered his coming on GNN Trends and Analysis not so long ago.

Instead of thanking me for my generosity in getting him to guest on that TV Show, his response was to unfairly attack my Advocacy, without him even understanding anything about points II (Federalism) and III (Parliamentarism).

Moreover, I had many times tolerated his attacks, despite calls by my incensed comrades in my Advocacy to censure him.

Ultimately, I had to step in. And when I stepped in, NONOY OPLAS the UNINFORMED, lacking in knowledge and INCOMPETENT "economist" who doesn't even know what a FRANCHISE IS, GOT HIS EGO BRUISED and WALLOPED when I responded to his intensified attacks with a lot of proof and evidence supporting my advocacy. I showed graphs, charts, I showed linked to PhD-authored studies and dissertations proving why Points II and III made sense for the Philippine situation. In that rebuttal, I managed to remain extremely respectful and deferential, calling him "Sir Nonoy."

But in return, his ego was bruised, and since he is incapable of accepting his faults, Nonoy Oplas INITIATED THIS THREAD ON HIS OWN FaceBook WALL!

(Winthrop Yu, what say you about Nonoy's behavior where his response to a respectfully writtten intellectual rebuttal is for him to WHINE about the victor on his wall - which is why this thread exists?)

Not content to do that, he had even several times written an open-internet blog aimed at active CHARACTER DEFAMATION against me.

Atty Ronald C. Barbaso, Atty. Dindo Donato ---> don't these active defamation blogs Oplas has written in order to attack me count against him in the Court of Law?

And what for? Just because Oplas was defeated in several debates which HE INITIATED?

It's like a bear cursing the BEES for stinging him when he sticks a branch into their beehive!

OPLAS! If you stir a hornet's nest, you should expect to get stung! And when you do, IT IS NOT THE HORNETS' FAULT!

IT IS YOUR FAULT!

Accept your fault and do not curse the hornets for protecting their turf. You knew what you were getting into!

You attacked my advocacy in my own group, and I didn't censure you at all... I CORRECTED YOUR MISTAKEN IDEAS and issued REBUTTALS to your attacks.

AND NOW YOU WHINE ABOUT IT?

OPLAS!! It's YOUR FAULT. Why whine about it like an 8-year old?

Once again, just how old are you, lolo?

See that? Cultist Orion in tantrums:

NUT-JOB.... childishness... a marginal and unrecognized "intellectual wannabe."...
FOOL you really are...
so mentally-deficient,  So stupid. So lacking in knowledge, that your pea-sized brain
colossally-infamous lack of knowledge...  dirt-bag this fake economist...
intellectually-deficient juvenile "lolo"...  miserable creature he is...
the UNINFORMED, lacking in knowledge and INCOMPETENT "economist"... 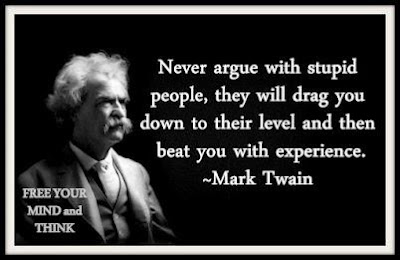 One MUST sing alleluiah to parliamentarism because it is a heavenly desirably orgasmic type of government; otherwise, one will get the above inferno of intolerance from cultist Orion.

Some friends asked me why I allowed such "scumbug hyper ego" (their words, not mine) to post like that in my fb wall. I said that I believe that people have the right to self-destruct. The more they open their mouth, the more they display their personality. So I helped Orion with his objective by posting this in my blog.
Posted by Bienvenido Oplas Jr at 11:04 PM

He's indeed a manipulative liar. For rejecting and mocking his parliamentary fanaticism, Orion called me "communist agent". He even involved people who're not even supposed to be mentioned or dragged into our heated debate like my family, my critics, etc. I can almost guess he's about to use the term "estero floater" against you. He called me "estero floater" because he said one day somebody might murder me for my outspokenness.

Does the man have any decency left in him???