Migration allows people to move to other places or countries that give them some optimal utility and satisfaction. No place can be perfect of course, but depending on one's priorities in life, say a good paying job, children's education, pursuit of arts and leisure, marrying someone, other reasons, people settle on a place, even temporarily, that give them that optimal degree of satisfaction or fulfillment.

But a problem will arise if the US government will impose tax obligations to their citizens who have lived and migrated abroad. Or even people who happened to be born in the US and hence, have US nationality, single or dual citizenship, but have moved and grew up abroad. This situation is considered by some people as "tax imperialism" by the US government to their citizens abroad.

Below are three news reports of some Americans moving out and renouncing their US citizenship, or children of migrants born in the US and going back to their parents' home countries.

The first is a rather perplexing story. With the new tax regulations by the Internal Revenue Service (IRS), these Americans have two choices: pay up those tax obligations in the US to avoid further fines and penalties, or renounce their US citizenship and cut clean from such tax obligations as they already pay taxes to their home or host countries where they are staying and working now.

Here are the news reports:'s an interesting news report from the NYT yesterday.
--------

WASHINGTON — As Americans abroad chafe under sharply increased U.S. pressure to declare foreign holdings and catch up on back tax filings, one group with tenuous ties to America and the benefits of citizenship is feeling particular pain and unease.

They might be called “accidental” Americans, born during their foreign parents’ brief stay on U.S. soil, or born abroad to American parents who long ago settled elsewhere.

After lifetimes abroad, many in this group, whose total size is impossible to estimate, had believed that because exemptions left them owing no U.S. income tax they had no obligation to file returns; many have been tripped up by a requirement that they still declare their foreign bank and financial accounts.

In interviews, several people declined to allow their full names to be used for fear of complicating already complex tax situations. “Some people have never even lived in the U.S.” and learned belatedly of American tax responsibilities, said Sonia Stewart, a tax accountant in Grayson, Georgia, who works exclusively with overseas filers. “People are panicking.”

Some typical laments include:

•Roy, 37, a lifelong Canadian resident and citizen whose dual-national mother fears the U.S. tax authorities will target the modest savings account the Canadian government provides him as a developmentally disabled adult;

•Jonathan, 34, a teacher whose American parents migrated to Canada 39 years ago. He considers himself 100 percent Canadian — a maple leaf is tattooed on his back — and believed until last year that he did not need to file a U.S. return. Tax advisers now tell him he must file eight years’ returns, at a cost in fees and fines in the thousands, lest an eventual U.S. inheritance be jeopardized;

•The teenage children of Peter Hallworth, a Briton married to a Swede living in Malmo, Sweden; the children were born in the United States but lived there only as infants. Mr. Hallworth, having heard horror stories, now expects to urge his children, when they reach adulthood, to renounce the U.S. citizenship that up to now he had treasured.

“It’s a great shame that I’m being forced to take an action because of an illogical tax law for a country which I’ve loved living in and I respect very much,” Mr. Hallworth said in a phone interview.

Almost every new tax law sows confusion and dismay, but new U.S. regulations — and much tougher enforcement — are catching some Americans in legal nets designed to snare terrorists, money-launderers or wealthy tax-evaders. Many Americans overseas — not just the rich — have had to pay thousands of dollars in fees for tax accountants or Internal Revenue Service fines.

A growing number of Americans living abroad are renouncing once-valued U.S. passports. Some 1,780 people gave up U.S. nationality last year, eight times the 2008 level and the largest number in more than a decade.

Virginia La Torre Jeker has worked abroad as a tax attorney since 1986, and in Dubai since 2001. She said the pain among American clients is high — 9 on a 10-point scale — and that her Middle Eastern clients had always treasured U.S. passports that made travel much easier than Lebanese, Pakistani or Jordanian documents. Now, “they’re lining up to get rid of the U.S. passport.”.... 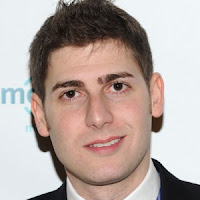 Eduardo Saverin, the Facebook co-founder immortalized by his falling out with Mark Zuckerberg in the movie The Social Network, has renounced his U.S. citizenship ahead of the company’s IPO.

Saverin, 30, may have made the move for tax reasons, hoping to avoid the highest rates before Facebook goes public. Although born and raised in Brazil before moving to the United States in 1992, he now lives abroad in Singapore. According to a spokeswoman, Saverin actually renounced his citizenship last September, but the information didn’t become public until Bloomberg reported that the IRS released his name on April 30.

Saverin would not be the first billionaire to renounce citizenship for tax purposes. John Dorrance III, heir to the Campbell’s soup fortune, cashed out of the family business when he sold his 10.5% stake in 1995-1996. Dorrance renounced his U.S. citizenship and moved to Ireland prior to the sale. John Fredriksen, oil tanker tycoon, jumped ship out of Norway in favor of tax-friendly Cyprus. Brazilian Lily Safra, widow to banker Edmond Safra, ditched Brazil for Monaco....

Saverin doesn’t cite tax reasons for his decision. “This was done many months ago and had nothing to do with the IPO,” said spokeswoman Sabrina Strauss.

“Eduardo recently found it to be more practical to become a resident of Singapore since he plans to live there for an indefinite period of time,” said Strauss, in a statement provided to Forbes. “He has invested in Asian, U.S. and European companies. He also plans to invest in Brazilian and global companies that have strong interests in entering the Asian markets. Accordingly, it made the most sense for him to use Singapore as a home base.”... 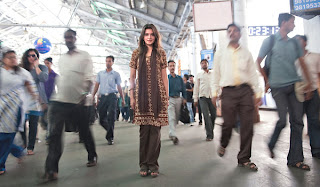 Samir N. Kapadia seemed to be on the rise in Washington, moving from an internship on Capitol Hill to jobs at a major foundation and a consulting firm. Yet his days, he felt, had become routine.

By contrast, friends and relatives in India, his native country, were telling him about their lives in that newly surging nation. One was creating an e-commerce business, another a public relations company, still others a magazine, a business incubator and a gossip and events Web site.

“I’d sit there on Facebook and on the phone and hear about them starting all these companies and doing all these dynamic things,” recalled Mr. Kapadia, 25, who was born in India but grew up in the United States. “And I started feeling that my 9-to-5 wasn’t good enough anymore.”

Last year, he quit his job and moved to Mumbai.

In growing numbers, experts say, highly educated children of immigrants to the United States are uprooting themselves and moving to their ancestral countries. They are embracing homelands that their parents once spurned but that are now economic powers....
---------