Fiscal Irresponsibility 24: More on the PIIGS and European Debt

Below are some charts that I got from various sources, on some fiscal and economic data of Portugal, Italy, Ireland, Greece, Spain (PIIGS) and the other major EU economies. I will limit commentary to the sub-heading in each chart. These images are mostly self-explanatory anyway. 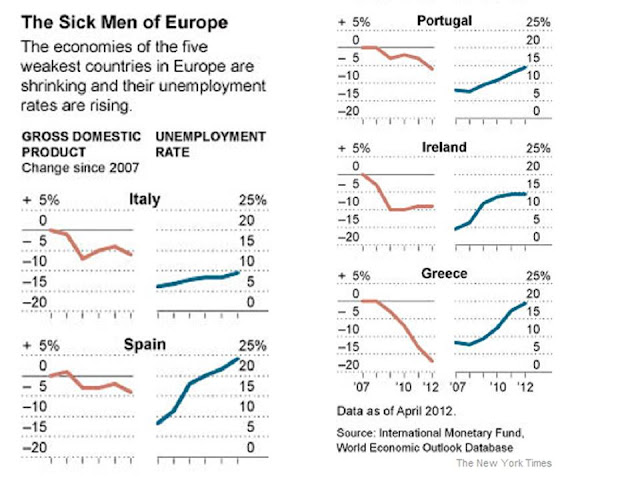 
(2) Government spending 40 to 60 percent of GDP (They need lots of taxes to finance it; taxes not enough, so they borrowed like crazy). 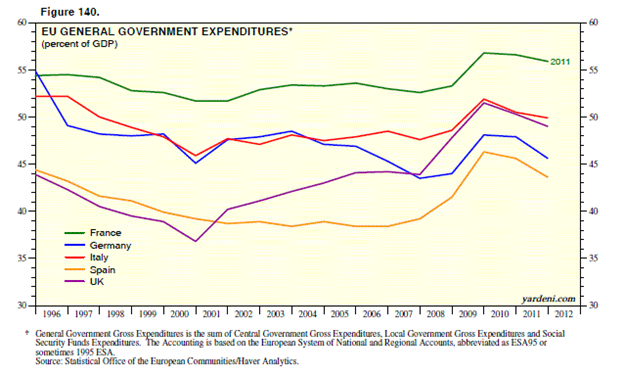 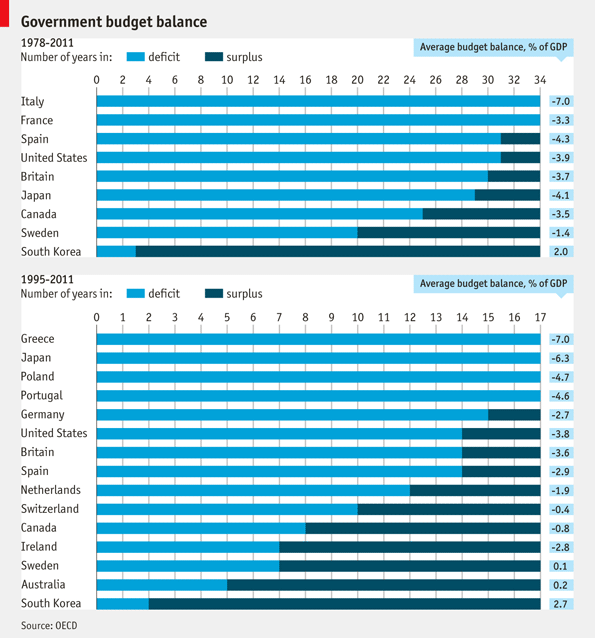 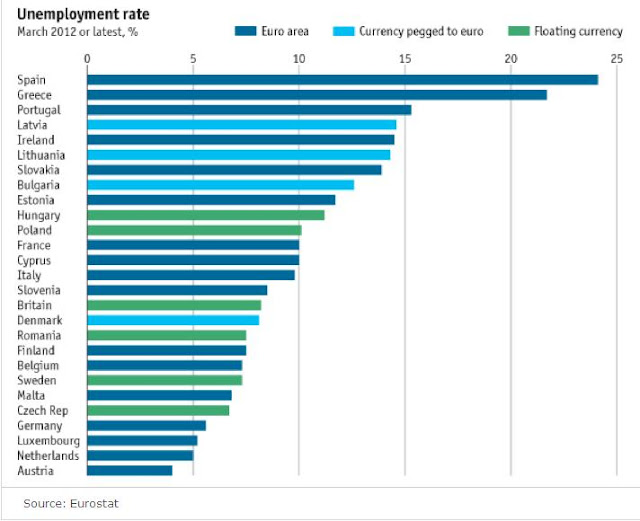 Meanwhile, in a facebook discussion, my German friend posted that one has to "question the collective wisdom of markets a bit when you see them panicking on the news about Greece..."

I think those bankers and market traders were just watching how much other EU governments (Germany, France, Belgium, etc.) would use their taxpayers' money to bail out Greek pensioners, welfare dependents and the huge bureaucracy. Meaning if more taxpayers' money from other European countries are expected to flow in, those bankers and stock traders will do their usual stuff. If less taxpayers money from other countries are coming in, they will panick and head for the exit. So its a question of how much moral hazards problem is being contributed by those bail out money from other European taxpayers. The bankers and traders mainly react to those moral hazards problem and do their thing as profit-maximizing or loss-minimizing individuals.

Governments created those huge public debts, they are not personal or private debts. These are accumulation of past over-spending and excesses. So the bankers and market traders are watching how much of those excesses in the past will be reformed and thrown away, or how much will be retained or even expanded, via bail out money from other European (or Chinese) taxpayers. Internal reforms like deregulation, liberalization and privatization of some (or many) government assets, and more personal responsibility in many social sectors, do not seem to be highlighted there.

Fiscal irresponsibility, spending always larger than revenues,  living beyond one's means, heavy welfarism even if revenues are not enough to sustain it, reliance on endless borrowing. These are the marks of statism bordering on near socialism policies.