This is my article today in the online magazine,  http://www.thelobbyist.biz/perspectives/less-gorvernment/1308-tulfo-vs-santiago-and-property-rights. Below it is a reaction from a friend and our brief discussions, and more funny creation by Filipino humorists.
---------- 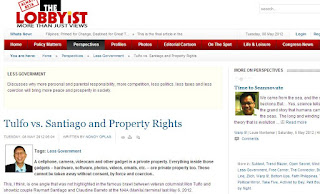 A cellphone, camera, videocam and other gadget is a private property. Everything inside those gadgets – hardware, software, photos, videos, emails, etc. – are private property too. These cannot be taken away without consent, by force and coercion..

This, I think, is one angle that was not highlighted in the famous brawl between veteran columnist Mon Tulfo and showbiz couple Raymart Santiago and Claudine Barreto at the NAIA (Manila) terminal last May 6, 2012.

I want to share an argument made today by a friend in facebook, Cesar Buendia. I am translating from Filipino to English his arguments. Posting this with his permission.


My point: celebrities, if you do not want to be publicized and scandalized, behave. And if you cannot behave in real life, keep from the public your insanity, do not get angry if reporters will publicize your scandal. For the reporters, if you get hit, do not threaten with revenge, it is part of your job to expose other people’s foul action, it is just natural that other people will get angry at you. If you are requested not to take photos, stay out or you might get beaten up.

I told Cesar that I fully agree with his analysis. So readers, consider that I also wrote the above, except that I may have slightly different words.

The disrespect of private property and individual dignity is often the root of many misunderstanding and conflict among people. In the case of the Tulfo-Santiago fight, here are the property rights that were violated.

a. Santiago-Barreto’s luggage that were offloaded by Cebu Pacific in Caticlan/Boracay airport without consent from the said passengers. The airline can cite the plane and passengers’ security and safety for doing so, but it must get the permission of passengers first, or seek volunteers among passengers who already checked in that their luggage will be bumped off, in exchange for some compensation. Cebu Pacific’s insensitivity on this matter was the trigger that sparked off the fight in the first place. Boooo Cebu Pacific.

b. Cebu Pacific staff at Manila Airport whose personal dignity were violated when Claudine verbally abused them. The fault was on Cebu Pac management in general, and the Cebu Pac Caticlan airport staff in particular, not those in Manila airport.

c. Mon Tulfo’s cellphone that Raymart and/or Claudine wanted to be taken from its owner so that photos or videos that might be incriminating against Claudine can be removed. Private property is sacred, it cannot just be taken away without consent, without threats of physical harm or similar threats. Otherwise, society can easily degenerate into chaos as bad guys can just take away other people’s cellphone, shoes, car, other private property.

d. If it is true that Mon Tulfo physically harmed Claudine when the latter insisted to take out his cell phone, then Mr. Tulfo is also at fault for initiating the physical assault.

e. Then there was a reported tv broadcast by Mon Tulfo’s sons saying they want a confrontation with Raymart, like “last man standing”. The youtube clip was said to have been removed later.

There will be new facts, new stories and spins that will come out as the investigations, accusations and counter-accusations are on-going.

Of course this is better said than done. Giving public apology is something that is rare among famous personalities in the country, from politicians to showbiz to media to NGO personalities. Their respective action and counter-action are always justified. And so the court cases backlog keep piling up. To shorten the pile up, some rich and politically influential parties resort to bribing the judges. And the rule of law is badly compromised and damaged.

Somehow we have to start and restart from the basic. Respect individual dignity, respect private property, respect the rule of law, do not threaten with putting the law into one’s hands.
------- 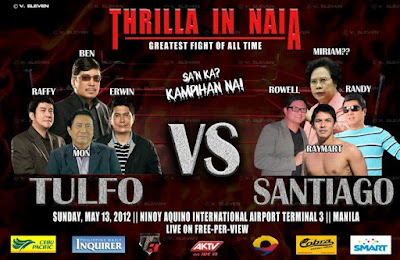 Two of those funny creations shared in facebook and other social network, right and below.

After posting the above article in facebook, a friend Doods delos Reyes commented, here is our exchanges:

Doods hi Noy, in Cebu Pacific's case, the General Terms and Conditions of Carriage of Passengers and Baggage are quite clear. Clause 13.1.1(f) states: "Whenever possible, Checked Baggage will be carried on the same aircraft as the Passenger. The Airline may decide for safety, security or operational reasons to carry it on another flight. If a Checked Baggage is carried on a subsequent flight, the Airline will deliver it to the Passenger unless applicable law requires the Passenger to be present for clearance by customs authorities." These terms are implicitly accepted by the passenger by booking and using the service provided.

Nonoy Good points Doods, thanks. I assume that all airlines have this condition. Then passengers will be at the mercy of airlines on certain cases then.

Doods from what I gather, it a custom by most airlines. I also read that the offloaded luggage had already been delivered by Cebu Pacific to the passengers and there was even an offer to refund the amount paid for excess baggage. The airport in Caticlan is small and can only accommodate small aircraft with 60 seats or less. I would imagine that offloading of baggage due to size & weight restrictions here happens from time to time. 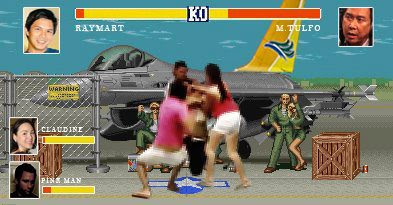 Nonoy I bet 99.8 percent of airline passengers (including me) do not read the entire Terms and Conditions of airline tickets so the extent of disappointment should be high. I also bet that frequent flight delays would spare the airlines of any liability, even if the fault is on them like in cases of over-booking and all the passengers have showed up, and not due to airport or "runway congestion".

What we passengers can do is to expose these things to hopefully shame those habitual violator airlines. So that whatever propaganda they have like CSR, "save the planet" partnership with WWF etc, will be negated. They behave that way because there is no open sky policy, they are protected by the Constitution and leave us ordinary passengers with little choice but 2 or 3 local airlines to choose.

Doods hehe it's good practice to read through such T&Cs, or at least print them out and have them with you at the ready.