CSOs and State 14: Lady Gaga and the Intolerant Religious Groups

One indicator of the corruption of civil society organizations (CSOs) and NGOs is that they think that for most if not all problems in society, the solution is more government. If they do not like a particular group to do a concert for instance, they want the government to come in, intervene and ban such concert.

This is the case of the Lady Gaga concert in Manila today and tomorrow. A religious NGO called "BibleMode International" held rallies at Manila City Hall and perhaps other places, asking the natinoal government, later the local government, to cancel or ban the scheduled concert of Lady Gaga because they think the famous singer is "Anti-Christian, Anti-Jesus Christ". 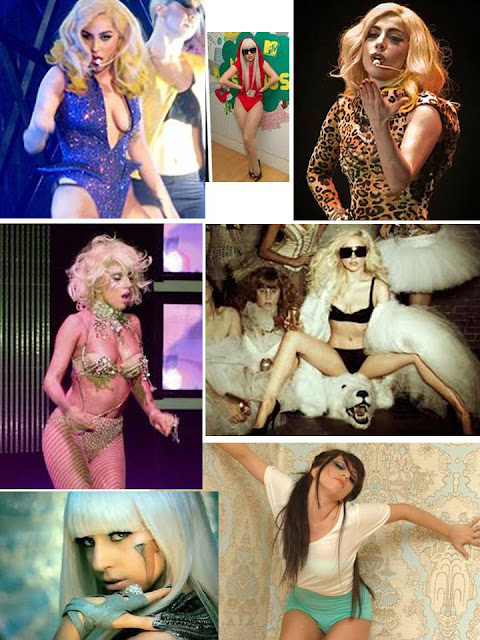 Good thing that the national government did not dip its fingers on this issue. The Vincenton Post made a harsh criticism of these groups in its post,  TO HELL WITH YOUR GOD!.

I think the original plan was a one-day concert only, but with heavy demand, the organizers opened a second night concert, same venue. 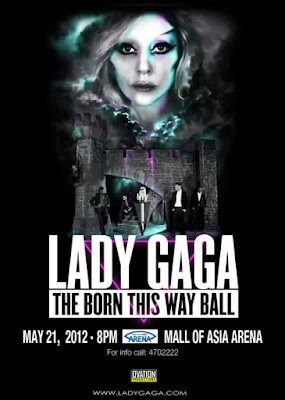 The producers in their pomotion Born This Way Ball Tour: Lady Gaga Live in Manila 2012 described the artist as


Gaga was named Forbes’ Most Powerful Woman in the World 2011 and was included in Time’s annual “The 2010 Time 100″ list of the most influential people in the world. With over 2.2 billion combined views of all her videos online, Lady Gaga is one of the biggest living people on Facebook with over 47 million ‘likes’ and is #1 on Twitter with nearly 19 million followers. Lady Gaga is the only artist in the digital era to top the 5 million sales mark with her first two hits.

Ticket prices (inclusive of VAT, entertainment tax, other local government taxes and fees) are expensive. For foreigners, the PHP to US$ exchange rate as of last Friday was P43.20/$.

So the highest ticket prices are sold at $367 equivalent, the cheapest at $49.

A friend in my UPSE alumni association yahoogroups, Jack, made this observation:

Is it the function of government to ban these shows. Several from the religious right and several of our church leaders have called for a ban on these concerts claiming that Lady Gaga's music represent "godlessness" and is "blasphemous". A friend tells me that in a mass he attended yesterday, there was a circular and a sermon made by the clergy against her concert. No other Southeast Asian country, except for Indonesia, has imposed a ban on her concert. Her tour took her to Korea, Japan, Taiwan, and after the Philippines, will take her to Hong Kong, Thailand, Singapore,

Although we respect every citizen's right to practice their religious beliefs, I think we must draw the line against censorship. Lest we go back to the days of the Spanish Inquisition.

No one is forcing anyone to go watch her concert so these efforts to ban her show are really upsetting. I don't really know much of her music but efforts to ban her concert do not make us any different from the Taliban in Afghanistan. Or could this be the Orwellian 1984 nightmare, happening in 2012 to the Philippines.

It speaks well of the P-Noy administration that they didn't get drawn into this and they took a stand that there will be no ban, there will be stopping her concert.

Otherwise, we go down again worldwide into infamy. A ban on Lady Gaga will erase all the goodwill Jessica Sanchez is creating for the Philippines in American Idol. Or the gains Charisse, Manny Pacquiao, Eric Spoelstra coach of Miami Heat have done for us. Oops, sorry, Pacquiao just erased himself with his religiously intolerant attack on gay couples. We are already famous for having Marcos' thugs beat up the Beatles when they did a concert in Manila just because they were so tired and couldn't make the instant reception Ferdie and Meldy wanted to host for them. We are also (in)famous for some grandstanding and politicos and again the clergy who called for a ban of The Da Vinci Code. It's More Fun in the Philippines. They beat up mopheads, boycott Lady Gaga and the Da Vinci Code, our most famous boxer is against gays and they threaten to excommunicate you, even if you are the President of the Republic, if you are for the RH bill.

I like Jack's title, that somehow summarizes his argument -- Going gago over Gaga. People who want to bring in the government to intervene even for the most banal issue that may touch their ideological or religious bigotry are indeed gago.

The easier way for them to handle this, and allother related issues, would have been to campaign for a boycott of Lady Gaga's concert, period. Do not bring in the government to intervene and ban the concert.

It's another thing if the city government of Cebu or Pasay or other LGUs, or the DOT or other national government agencies, would sponsor this concert using taxpayers' money and hence, money collected via coercion, then private citizens and civil society groups should rally another government agency to cancel or ban that concert.

Government should focus on going after killers, murderers, thieves, rapists, extortionists, bank robbers, kidnappers, land grabbers, other criminals. What we have now is government failure in doing this important function, because government focus is more on running universities, banks, corporations, casino, pension fund, etc., and in creating various regulations, restrictions, prohibitions and taxation.

We live in modern times where diversity and spontaneity is the rule, not the exception. This demands more tolerance -- personal, religious, cultural, political, economic tolerance. The reason why millions of Filipinos were able to study, work and live in other countries is because the people of those countries have somehow tolerated Filipinos and other migrants into their society. The same way, there are more Koreans, Chinese, Japs, Europeans, Americans etc. who work and live here, because they find that their culture, religious belief, personal idiosyncracies, are tolerated here.

Finally, the role of CSOs is to help educate people towards self-reliance and independence from the State, being an institution of coercion. More CSOs should mean less government, not more.
----------