This is the continuation of my debate with some friends who are also advocates of free market and individual liberty, but do not believe in intellectual property rights (IPR). Here are among their arguments.

1. Ideas are non-scarce goods. Nothing is lost by me using another person's idea. Copying is not theft.

2. IP is pointless. IP does the opposite of motivating Innovators, it scares them. For the protected, since his idea is protected, he has monopoly over it and isn't motivated to innovate more since there's no more competition.

3. The other potential innovator, even though he knows the innovation better to the point that he can upgrade it 100000x better than the original, he can not. Why? Because it is government enforced IP.

4. It is taken for granted that a patent is necessary to be profitable, that competitors should be restricted so as to allow innovators to recoup their expenditures. That’s misrepresenting capitalism. If high costs were a hindrance to innovation, no railroads or shopping malls or anything could have been made at all; the opposite is true in fact.

5. If IP didn’t exist, there would still be a competition of ideas, but no group is restricted from applying ideas to their products and seeing if customers patronize them. The IP process, while seemingly protecting innovations by rewarding patent holders, actually aborts many innovations that would have otherwise sped up developments in the particular field, because of restrictions in market application, if not in lab testing itself.

6. During the time a drug/invention is reverse engineered, the 'original' creator has a temporary monopoly on its sale. IPR stops the means of innovation by outlawing derivative works. The market process is about competition between old and new ideas. The entrepreneurs must copy the old ideas first before they can improve upon them.

7. IP actually concentrates resources among fewer pharma players rather than allows smaller competitors to come in. Big pharma’s lobbying makes them buddies with politicians; they have greater pull in getting and renewing patents.

I think the answers to a number fo the arguments above I have already articulated in Part 5 yesterday. Let me restate them again and will expand the argument further.

An IPR like patent is granted on each specific invention. 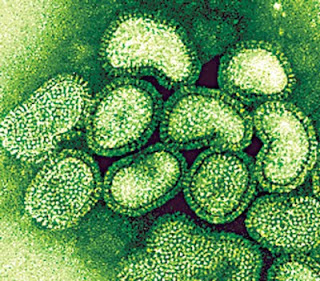 Assume further that each newly-invented drug molecule is able to treat patients with prostate cancer but at various degrees of success. Pharma A's, B's and C's drugs do not really kill the disease but they somehow prolong a patient's life by 1 to 5 years and their prices are different. Pharma D's and E's drugs are effective but they cannot be used for prostate cancer patients with hypertension as they can trigger some adverse effects. Pharma F's and G's drugs are also effective but cannot be used for cancer patients with diabetes, and so on.

In this case, no one has an industry monopoly on anti-prostate cancer treatment. Anyone and everyone who desires to neutralize if not kill prostate cancer can do so, as there is limitless raw materials and processes available as human imagination is limitless.

So it is possible to have 30 or more "mini-monopoly" drugs representing the 30 or more patented drug molecules to control if not kill prostate cancer cells.

Such mini-monopolies in the form of patent on each molecule are not permanent. The international practice is 20 years patent life starting from the discovery of a molecule. It is not clear to me too why they randomly chose 20 years. Why not 12 or 35 or any other number of years.

The IPR of 20 years patent includes complying with all the strict and costly regulations by the drug regulatory agencies (currently governments like the US FDA, but it can be a private agency someday). Those multiple clinical trials on animals, then different groups of people with different health conditions, eat up around 10 to 10 years of the original 20 years patent life.

And that leaves the patent holder -- assuming their drug molecule becomes successful in hurdling all the regulatory requirements by governments to ensure substance efficacy while ensuring safety of patients -- with only about 8 to 10 years of commercial, patent monopoly period. And from what I read, not all patented and highly-advertised drugs are successful and profitable.

When the patent of a successful drug molecule expires, then copying by all other interested generic manufacturers is possible and allowed by law. It becomes a free for all to manufacture and create their own product brands. This is what happened to paracetamol molecule. Innovator drug then was Tylenol. Upon its expiration, every Tom-Dick-Harry pharma, Filipino or Indian or Pakistani or Chinese or American, etc. produced their own brand of paracetamol. Currently, the most popular brand in the Philippines is “Biogesic” produced by one local pharma.

3. Launch delay or non-lunch of patented drugs in anti-IPR countries

It is possible to disrespect all inventions with IPR protection. Copyrighted songs and softwares, pirate them. Patented drugs, copy them. But patients who buy the copycats that turn out to be counterfeit or substandard drugs will have a hard time suing or running after their manufacturers.

(Phtocredit: 3CPNet) The existing Cheaper Medicines Law or RA 9502 contains many provisions that allow such tweaking of IPR, like compulsory licensing (CL), parallel importation, early working on a patented drug, government use of a patented drug, drug price control, and mandatory production of generics equivalent by the patent holder.

Here is one possibility, a reality for other countries already. Some of the more revolutionary, more disease-killer but patented drugs, are available in Hong Kong, Singapore, S. Korea, Japan, US, etc. but not in the Philippines. Why? There are no CL, no price control and similar measures awaiting those expensively-researched drugs there. In the Philippines, all the threats to introduce a revolutionary but patented drugs are present. So Filipino patients who are desperate to get such new drugs will have to buy those from abroad, and this will make treatment even more expensive. And this defeats the purpose of having “cheaper medicines” as envisioned by the law.

An alternative to non-launch of a new but patented drug is launch delay. After all regulatory requirements (with US FDA, etc.) are hurdled, out of the remaining 8 to 10 years of patent life, innovator companies can bring into the country such drug when there are only about 2 years before the patent will expire.
Posted by Bienvenido Oplas Jr at 11:50 AM

I have been amazed at how well thing have gone. By the way I love your blog.

I absolutely liked reading everything that is posted on your blog keep the posts coming.

Thanks on your marvelous posting.