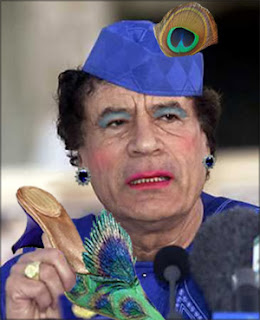 After 42 years in power, the Libyan dictator needs a make up to make himself a bit younger- and newer-looking.

The guys who made this photoshop magic or related software are cute and funny, hahaha. Hey, the UN just voted yesterday to impose the "No fly zone" order on Gadhafi's planes and choppers. After pounding and killing his people, he needed an about-face to say that he didn't do it, that he respects human rights. 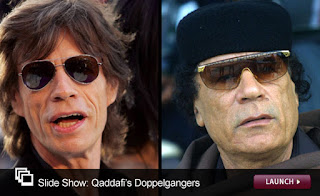 Were Gaddafi and Mick Jagger (lead singer, The Rolling Stones) siblings who were separated when they were young? The former is a rock star, the latter is a fashion star. See earlier Weekend fun here, Gadhafi fashion.

Mick Jagger sang, "I see a red door and I want it painted black, No colors anymore I want them turn to black..."

Gadhafi sings, "I see big oil and I wanted your green bucks, No protest no rallies I'll shoot and beat them black..." 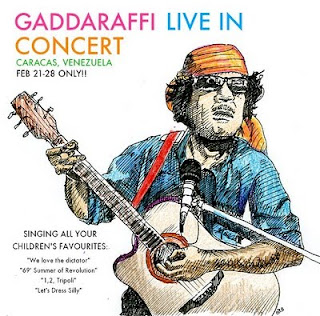 Rock star Gadhafi, yeah! Here preparing for his rock concert with fellow dictator, Venezuela's Hugo Chavez. Here he looks like Santana. And Santana and Rob Thomas sang, "I could change my life to better suit your mood, Cause you're so smooth..."

And Gaddafi sing, "I could change your life to better suit my mood, Cause I'm so smooth..." Yeah!

And Hugo Chavez can also sing, "I could change your car to better suit my oil, Cause oil is so smooth..." 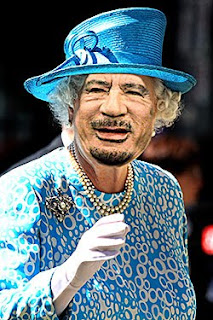 UK's Queen dresses beautifully and elegantly, with class. Libya's Gaddhafi dresses oddly and eccentrically, with some class too. The man though does not seem to like jewelries. But sometimes he dresses like a multi-bemedalled warrior and military commander in the warfront. 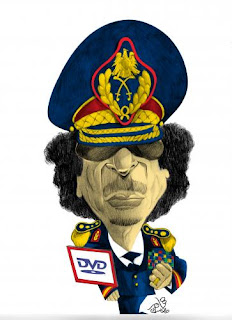 Ahh, ok, he looks like the character of U2's "Sunday bloody sunday" song here: "And today the millions cry, We eat and drink while tomorrow they die..."

Well, it isn't tomorrow. It was yesterday and the last few days and weeks, he ate and drank and his people who no longer support him, they died. 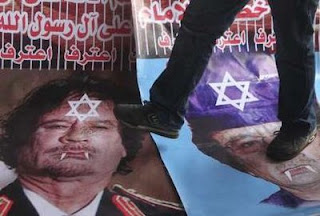 And another U2 song: "This guy comes up to me, His face red like a rose on a thorn bush, Like all the colors of a royal flush..." (Bullet the blue sky).

42 years in power and still not enough. More power, more blood, yeah!
Posted by Bienvenido Oplas Jr at 2:34 AM

Gaddafi did many bad things, he also made Libya a prosperous nation in Africa. He should have been given justice... NOT MURDERED. He resisted foreign western colonial powers for 42 years, a character of a great principled leader! He will always be remembered.

Muammar Ghadaffi did a lot of good things for his people including using the wealth from the oil for the benefit of his people rather than keeping it for himself. Another thing was that he had banks owned by the state, not by private individuals who would manipulate the money supply to cause economic disasters. Libya has his Manmade River project which was to bring great quantities of water for desert farming. NATO bombed that into extinction as well as bombing the plants that made the tubes for the project. He also wanted to introduce the gold dinar rather than use fiat money which devalues quickly like our almighty dollar. He was falsely accused of terrorism because he would not be a puppet of the U.S. and Israel. Finally as much as 97% of the Libyans love him. He wasn't a terrorist or a dictator. He also gave the government and governing to his people in 1979, so from then he's been only a figurehead, nothing more.