We continue the "Unrest in the Middle East and North Africa (MENA) series here. 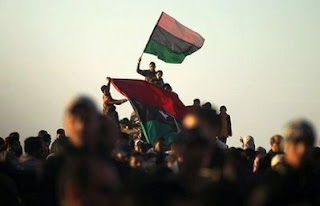 One of the important offshoots of dictatorship is huge amount of ill-gotten money by the dictators, their families and friends. And since dictatorships have little respect for the rule of law in their own countries, they tend to put their stolen money and properties abroad, in countries where there is rule of law. They hope that those wealth in their accounts will be respected even if they are no longer in power. 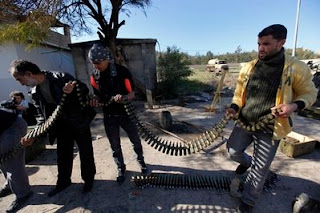 As the political stalemate in Libya continues, the Libyan dictator and his family members are aware that the huge wealth they have accumulated in his 41 years in power are endangered. The opposition is getting more organized, more armed, and supported by many foreign governments, directly or indirectly.

Dictators in other countries that are not yet in danger of being deposed are watching what will happen to the billions of dollars of Gadhafi money and properties abroad, especially in the US and Europe. 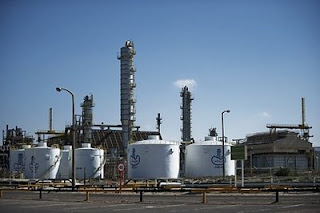 Money from oil exports is a lot larger than money from foreign aid or tax revenues diverted to personal accounts of dictators and plunderers.

In the case of Libya, just how much is the estimated ill-gotten wealth of Gadhafi and his families? The range of estimates is wide. One crude measurement is comparing oil exports revenues with government spending net of taxes and other internal revenues.

There is a news report today, U.S. Freezes $30 Billion From Gadhafi. It said,

WASHINGTON—The U.S. Treasury Department froze $30 billion in assets controlled by Libyan leader Moammar Gadhafi and his family in what the Obama administration said was the single largest seizure of foreign funds in American history.

U.S. officials said Monday the Treasury's action was a crucial step to further increasing pressure on Col. Gadhafi to give up power in Tripoli, amid signs that his security forces have intensified a crackdown on political opponents....

Treasury officials said some of the assets frozen since Friday belonged to Libya's central bank and its sovereign-wealth fund, the Libyan Investment Authority. The U.S. concluded both were directly controlled by Col. Gadhafi.

U.S. officials said they believed the central bank of Libya has over $100 billion in foreign-currency reserves world-wide, while the sovereign-wealth fund holds more than $70 billion.

This and related moves in Europe will help dry up some Gadhafi resources to kill his people who no longer support him. Such frozen assets can also be used by the next administration of Libya.

But more importantly, it will sow some fear in the hearts of existing dictators and plunderers in many other countries.

The law on the sanctity of human lives and citizen liberties is higher than the law on wealth ownership.
Posted by Bienvenido Oplas Jr at 12:32 PM

Thanks Lardy. I'm curious why Hernando de Sotto is a member of the Council of Trustees. Is Gaddafi a free marketer or a strong advocate of individual freedom and property rights? I don't think so.

There has been no mention yet of Trustee Joe De Venecia in the local papers. Couldn't he assist in some measure in the repatriation efforts?