Yesterday, I attended the DOH Advisory Council on Healthcare meeting, held at the DOH compound. I've been a member of this Council since 2009. Among the topics discussed was an update on Universal health care (UHC) and how to finance it. The head of DOH-NCPAM presented the discussion paper. I spoke during the open discussion, I said that the DOH leadership themselves recognize that the killer diseases in the Philippines are no longer those old, communicable ones like dengue, malaria, polio, flu, etc. It's the "lifestyle diseases" like heart diseases, stroke, hypertension and cancer.

Those diseases are related to people's lifestyle, like some people like to over-smoke, over-drink, over-eat, over-sit, over-stress (work, family, etc.). There are personal irresponsibility aspect of those diseases. Thus, to use huge amount of tax money and collection from social health insurance (PhilHealth) to treat those diseases by people would be unfair to those who take care of their body more responsibly and the over-taxed people. Thus, people should be encouraged to buy their own private health insurance as additional funding to government-run health insurance (PhilHealth) and tax-funded healthcare (DOH and local governments' programs and hospitals).

I only learned today that the National Statistics Office (NSO) has released its Death Statistics 2007 study last week. And here are the 10 Leading Causes of Death in 2007 in the country.

The top 4 diseases were responsible for nearly 50 percent of all deaths in the country in 2007. Let us review them one by one. These pictures below (except the brain, from health.allrefer.com) are taken from wikipedia. 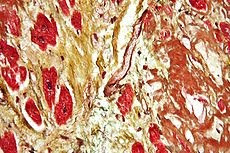 The Philippines is not unique in this case. This disease is also the number 1 killer in most rich countries like the US, UK and Canada. No wonder many treatment like medicines and medical professionals are focused on this umbrella disease. 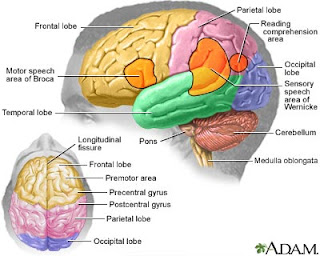 2. Cerebrovascular diseases. A brain dysfunction related to diseases of the blood vessels supplying the brain. Main cause is hypertension.

Stroke is the more common term for this type of disease. Two types of stroke: ischemic and hemorrhagic. The former is caused by interruption of the blood supply, the latter is caused by rupture of a blood vessel. 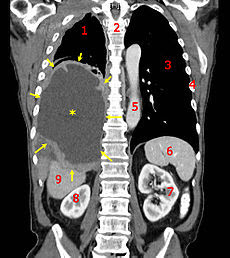 I have written a few articles in the past about cancer as that disease has already killed my elder brother, his wife and my sis-in-law, two of my wedding godmothers, other friends and relatives. Two of my papers are Rising cancer deaths and Anti-cancer food and drugs. 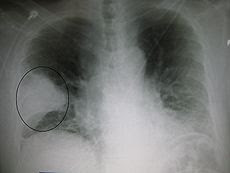 4. Pneumonia. Inflammation of the lung. Viruses, bacteria, parasites, fungi, parasites infect the lung and cause havoc from there.

People who have advanced stage of cancer tend to die of pneumonia too. After the cancer cells have spread around the body of the patient, the lung becomes very weak to fight off whatever bacteria, etc. that attack it. My brother for instance, had prostate cancer but it was pneumonia in his last few days that developed and ultimately killed him.

As shown in this graph, the disparity is very wide between Metro Manila and the poorer regions like the Muslim Mindanao (ARMM), Cordillera (CAR) and Region 13.

There are recurring peace and order problems in ARMM and Region 13 while CAR is highly mountainous and many municipalities are isolated from the main highway. Should be main reasons why there are few medical professionals and facilities in those areas.

But while it is easy to shift the discussion to redistribution of government healthcare funding to the poorer regions and provinces, the main issue is that lifestyle-related diseases are now the top killers in the country. And I go back to my main theme in healthcare policy:

And if people have to assume more responsibility in taking care of their own body and that of their households, friends and relatives, people should have lots of choices in healthcare, both preventive and curative. To have more choices, there should be more competition among healthcare providers, not more regulations and taxation.