(Note: related topic here will be Increasing population, no problem)

The world's population keep increasing but cropland areas don't. While some forest land are converted into agricultural and aquaculture land, some of those agri land are also converted into residential, commercial and industrial areas.

The only thing that allows food production to keep with rising population while cropland areas remain generally constant (expanding or shrinking in various countries) is the continued increase in productivity per hectare of land. The application of modern science and engineering in food production, food harvests and storage allow the world's farmers to raise output while reducing crop losses due to various factors like pest attacks and post-harvest losses.

One of the most important development in food production science is the use of genetically-modified (GM) crops and livestock. Below is a chart from The Economist, Growth Areas, February 23rd 2011. 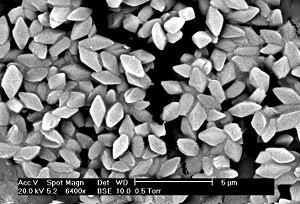 Anti-GM sentiment is high among many environmentalists in many countries. In the Philippines, for instance, there was a strong opposition against Bt corn and Bt eggplant, see Bt eggplants and petty environmentalism. The use of bacillus thuringiensis (BT), a soil-dwelling bacteria, as a natural insecticide against known pests that attack those crops will greatly improve output and reduce crop losses. Which can improve farmers' income and reduce some unnecessary expenses.

Modern science and GM are our friends if we have to continue growing economically, feed an ever-rising population and avoid social unrest.
Posted by Bienvenido Oplas Jr at 6:07 PM