In a discussion with fellow free market bloggers here in Manila, I argued that a patent (or any other type of intellectual property right (IPR)) applies only to one molecule or product and that it is possible to have hundreds of patents, say, to cure a particular disease like blindness. See my longer argument here, IPR and medicines, part 6.

One commented that it's like saying, “You’re free to produce tires, just not rubber tires. You can use wood, or leather…”

This is wrong logic. There are hundreds, if not thousands of molecules and molecular compounds, that can be invented from rubber. That is why there are dozens of different tires from Michelin alone, from Goodyear, from Bridgestone, Continental, Dunlop, Firestone, Kumho, Pirelli, Toyo, Yokohama, etc. Each tire manufacturer would have a phalanx of different tires suited for different types of roads: ordinary roads, race track, rugged terrain, snow, mud, sand and desert, and so on. Not one of those many tire manufacturers make tires from wood or leather.

There is also one concern that two or more inventors can work independently on something, but only one of them will be rewarded with a patent on a first come, first served basis. 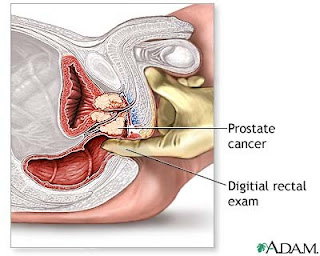 Although this might be theoretically possible, I do not know if this ever happened. Let me expand on the search for new drugs to kill different diseases, say prostate cancer. Photo credit here and the next picture from Mens Hormonal Health.

I often cite prostate cancer for the simple reason that it's the disease that killed my elder brother about 4 years ago, also my mother's cousin just 2 years ago. And just this afternoon, I talked to a friend here in Manila, said she's working 7 days non-stop to earn more to help her father who has prostate cancer, stage 4. 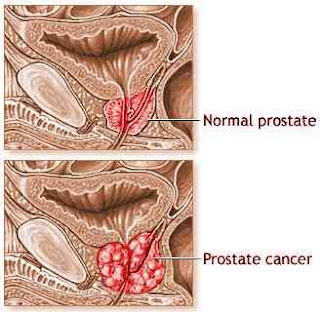 I checked the web and searched if there are new drugs that can potentially control if not kill prostate cancer cells someday. I was delighted to know that in the US alone, there are 101 different molecules - patented, granted IPR -- that are potential drug candidates. Drug molecules with weird names like abiraterone acetate, azazitidine, befetinib, cixutumumab, docetaxel liposomal, enzastaurin, intetumumab, ixabepilone, lenalidomide, nimotuzumab,... my tongue is tied just trying to pronounce those weird names. There are also acronym-numbers like MLN 8237, ISIS EIF4ERx, GDC 0449,...

If I write blog articles like this, I did not hire molecular biologists or biochemists or zoologists or botanists or other natural scientists. I also did not construct a laboratory and will not require dozens of animals, then people, sick and non-sick, for different types of clinal trials. Thus, if other people will confiscate my blog articles and say that they are the ones who really wrote such papers, then no problem with me if they can steal and claim authorship of 1, 2, or a dozen article from this blog. There was little cost on my part to write each blog article.

But can the same comparison apply to the inventors and developers of those weird-sounding drug molecules? And those inventors are not even sure if after hurdling 10 years of continued research on each molecule, it will become successful and hurdle the 2nd to the last and the last clinal trials. Meanwhile the clock is ticking. Their 20 years patent on the molecule has only 10 or 8 or 6 years to go and they have not marketed and sold the drug yet.

Let each IP owner or holder decide whether they want their IP invention (a song, a poem, a blog article, a book, etc.) be shared for all, zero IPR, or be made exclusive for them, even for a few months or years. A call to "abolish all IPR" is coercion by itself, when free marketers are supposed to be fighting coercion in the first place.

As to whether it should be the government or some private entity that should grant an IPR, I have discussed it earlier in IPR and medicines, part 7.
Posted by Bienvenido Oplas Jr at 6:55 PM

Re: simultaneous discovery, I urge you to download this e-book and turn to page 231, for a whole section on it. I think you'll find it very interesting.

On the rubber tires thing, which was my argument, you do make a good point that there are many molecules that can be used.

But the point was that the principles that make a certain component useful to treat, say, cancer, could not be so readily applied elsewhere because of the limitations on the use of the component. Ultimately, however, the question of IP has to do with whether ideas could be considered property at all. :)

I dunno why the e-book link didn't appear, here it is again:

Ideas are properties. But as I wrote in the concluding paragraph, it is up to the idea owner, or the property owner, if he/she wants his ideas to be shared for free to all, then no problem. But if he wants his ideas to be protected, then no external coercion should be imposed on him to say, "You are not entitled to ownership of your own idea." Isn't that dictatorship?