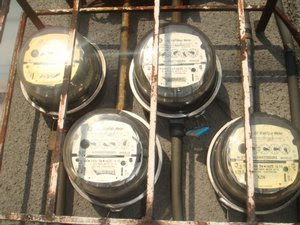 Why a tax on system losses?

System loss, in my understanding, arise from (a) electricity uses of the power generating plants, transmission lines, and perhaps by distribution utilities like Meralco, and (b) pilfered electricity passed on to legitimate users. I am just wondering why is government imposing a tax on electricity that was not used by users, whether residential, industrial or commercial.

VAT is a tax on value-added. When a tomato is transformed and processed into tomato paste then tomato sauce or ketchup, there was “value added” to the consumer who bought and consumed the tomato ketchup. Thus, the consumer is billed by the government a tax on the values added to the raw tomato. When a chicken was transformed and cooked into chicken adobo or chicken cube, there was “value added” to ordinary dressed chicken.

But when an electricity was used by a power plant or a transmission line, or stolen by some people, there was zero value added to legitimate electricity users because they have already paid the generation charge, transmission charge, and distribution charge. We can possibly call this “value subtracted”, not “value-added”, because consumers were billed for an electricity they never used. Consumers could tolerate this. But when government imposes a tax on an unused electricity (or other services), this is adding salt to the injury.

I hope this analysis is wrong. Otherwise, I will conclude that this practice by the government is just one of those numerous rip-off and robbery of consumers and taxpayers.

This anomaly of taxing unused electricity (or water or other services) should be reviewed by the BIR, and/or Congress, the House of Reps. especially. I think this defect was made in the expanded VAT law's implementing rules and regulations (IRR).

My friend and former classmate from UPSE, Raymund Addun, concocted the term Value Subtracted Tax or VST (short for vuwisit), which jibes with the ugly practice of government taxing value-subtracted, not value-added, service. Raymund added that "Its like we're short changed (or better short circuited) from the start."

In the case of taxing system loss, the villain is not Meralco but the government.Charging to consumers system loss is already painful. Taxing that unused electricity makes it doubly painful.

Last month, our electricity bill was P3,470 for the 323 kwh consumed. It was higher than our usual monthly bill. Here is the breakdown of costs, in descending order: 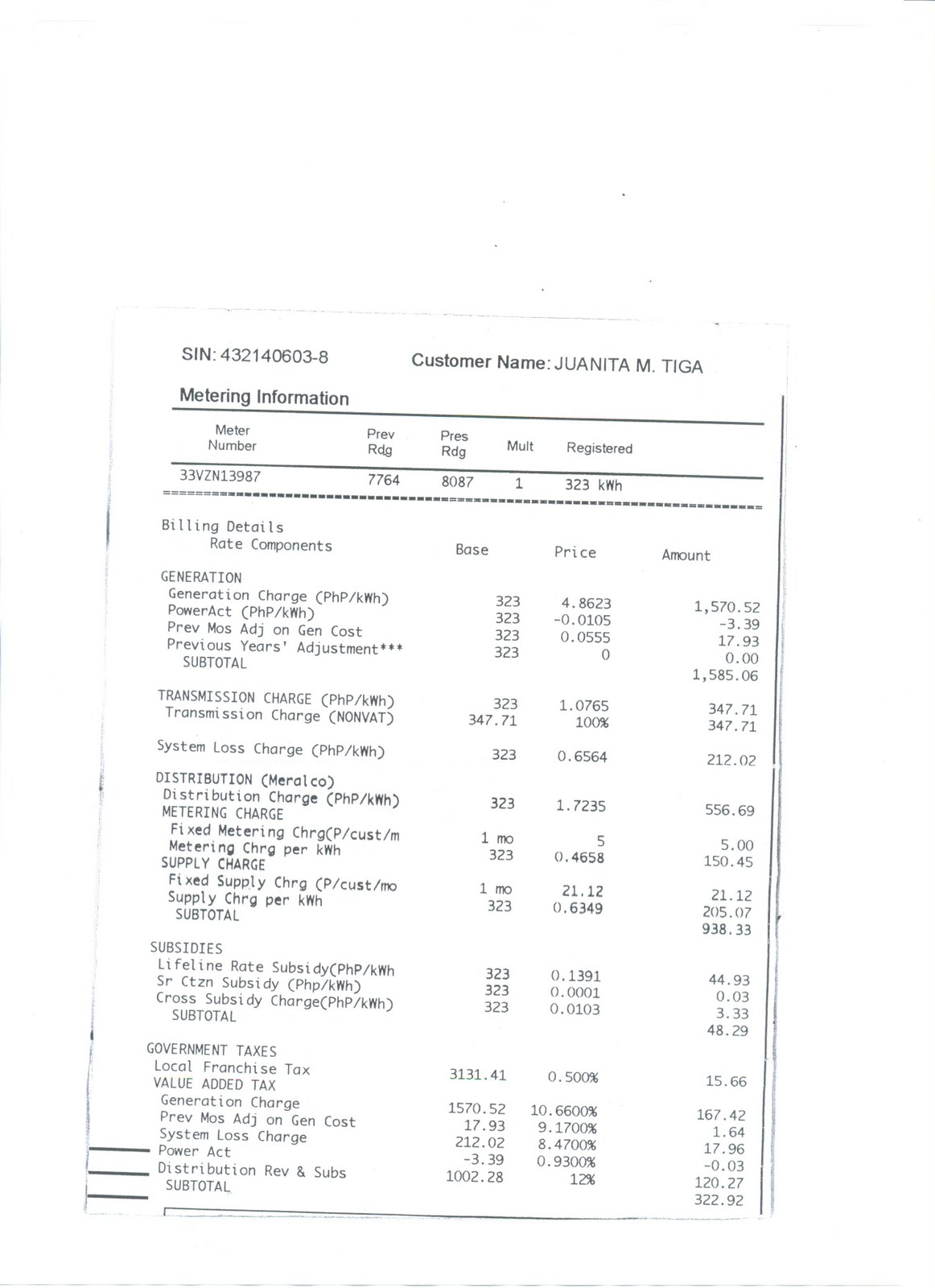 1. Generation charge, P4.862/kwh, P1,571
2. Distribution charge, P1.724/kwh, P557
3. Transmission charge, P1.076/kwh, P348
4. Government taxes, (from 8 to 12%), P323
5. System loss charge, P0.656/kwh, P212
6. Supply charge, P0.635/kwh, P205
7. Metering charge, P0.466/kwh, P150
8. Subsidies, P0.139/kwh, P 45
Others (fixed supply charge, fixed metering charge, universal charges,...)
T O T A L P3,469.80
As usual, my main beef is the high government taxes, VAT (P307) + local franchise tax (P16), representing 9.3 percent of our total bill. The VAT applies on generation, distribution and system loss. Transmission is VAT-exempt.
I have argued above that passing on the system loss (including those stolen and unpaid electricity) to the public is somehow unfair, but taxing the system loss is adding insult to the injury. The government is so callous that it even taxes electricity that was never used by the consumers.
And don't forget, power generation companies, power transmission company/ies and power distribution companies pay various taxes to the government -- corporate income tax, VAT, franchise tax, documentary stamp tax, real property tax, business permit fees, etc.). All those taxes are costs that they already pass on to the consumers and reflected in the per kwh charge that they bill us.
If those taxes on those companies are added to the direct taxes consumed by the public, I will not be surprised if they reach nearly 20 percent of our total bill.
Yes, government cares a lot for us. It makes things more expensive and more costly for us. Long live BIG government.
Posted by Bienvenido Oplas Jr at 10:35 AM